In Washington, it's just seen as the way the world works. Just as big fish eat little fish and lions prey on antelope, so there is no moral shame in the U.S. government trying to undermine, destabilize or get rid of democratically elected governments that it doesn't like.

So it is no surprise that the multi-pronged effort to delegitimize the elections for Venezuela's National Assembly, scheduled for Dec. 6, would be reported and widely accepted here without question as merely trying to insure "credible observation" for the election. The "credible observers," who are being portrayed as the sine qua non of a "credible result" is the Organization of American States.

To see how absurd this assumption is, we need only look back a few years, when the OAS appointed an "Expert Verification Mission" to examine the presidential election in Haiti. This mission did something outrageous, something that has never been done -- before or since -- in the history of electoral monitoring: It reversed the result of the first round of voting, without conducting a recount or even a statistical test. Normally, when an election result is disputed, there is a recount or the result is accepted or a new election can be held. Nowhere does an electoral monitoring team simply pick a new winner.

There are many examples of the U.S. manipulating the OAS machinery.

In Feb. 2011, I was on a panel with Fritz Scheuren, then the lead statistician of the OAS mission, which was carefully chosen so that six of seven members were from the U.S., Canada and France (yes, France was included, even though geographers claim that it's not part of the Western Hemisphere). A former president of the American Statistical Association, he acknowledged that the OAS mission used no statistical inference to draw conclusions from the 8 percent of tally sheets that they examined. Statistical tests conducted by CEPR, including a comprehensive set of simulations for missing votes, confirmed that there was no statistical basis for the mission's reversal of the voting results.

The political reasons became more obvious when Haiti's government, understandably, balked at accepting the OAS decision. With the country still devastated from the 2010 earthquake, U.S. Ambassador to the United Nations Susan Rice threatened Haiti with a cut-off of desperately needed aid if they did not accept the OAS Mission's reversal of election results. Michel Martelly, Washington's preferred candidate, was then moved up and into the second round and became president, where he remains today. 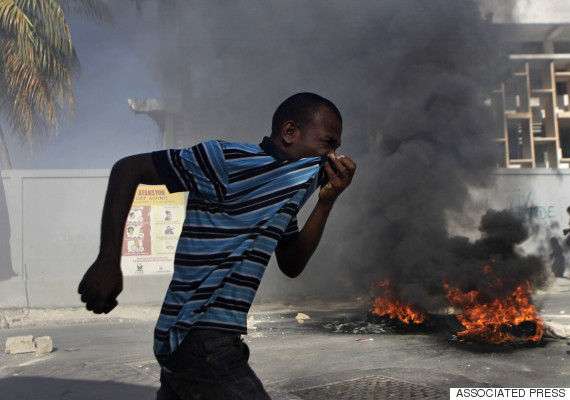 It seems unlikely that the OAS could get away with something like this in Venezuela. But it can contribute to destabilization efforts. In 2013, the Venezuelan opposition took to the streets with violent protests, claiming fraud in the presidential election. There was no basis for their claims of fraud: A statistical test of the election audit showed that the probability of getting the official result if the election were in fact stolen through fraud was less than one in 25,000 trillion.

This high level of certainty was possible because of Venezuela's dual voting system, where voters press a touch screen computer and then receive a printout of their vote. The voter then looks at the printout and deposits it in the ballot box. When the polls close, a random audit of 54 percent of the machines is conducted, in which the machine tally is compared with the paper ballots in the presence of witnesses from all parties. The microscopically small probability of fraud, despite the fact that in this case President Maduro won by a margin of 1.6 percentage points, is a result of the enormous random sample size, as any student of introductory statistics can verify.

Yet there were three international voices in 2013 that joined with the opposition and refused to recognize the results, demanding a "full recount": the U.S. government, the right-wing government of Spain and -- tellingly -- the head of the OAS at that time, José Miguel Insulza. Although the U.S. has suffered humiliating defeats in trying to win votes against Venezuela at the OAS, Washington still contributes about a third of the organization's overall budget, and of course it has other levers of power against individual governments and their representatives. There are therefore many examples of it manipulating the OAS machinery. That is why Latin American governments in 2010 formed the Community of Latin American and Caribbean Nations, which includes all governments in the hemisphere except the U.S. and Canada.

The media is reminiscent of the McCarthy era of the 1950s: dissent is absent, even from reports that might normally include a contrarian opinion as a matter of journalistic balance.

For all of these reasons and many more, any government that has been a major U.S. target for regime change for more than a decade would have reason to be wary of OAS observers. Argentina, Brazil, Chile, Uruguay, the U.S. and Canada are among the countries that have not been interested in having the OAS observe their elections. Playing on the public's lack of knowledge of recent history, almost every source for the major media is pretending that the OAS is just a neutral and necessary institutional guarantee against fraud. The International Crisis Group, Human Rights Watch and the Brookings Institution have all piled on. And why wouldn't they? The pretense of disinterested observer, not beholden to the powers and dictates of empire, is the same on which their own identity is established. But many of these players have a particularly sketchy track record on Venezuela over the past decade. The media, for its part, is reminiscent of the McCarthy era of the 1950s: dissent is absent, even from reports that might normally include a contrarian opinion as a matter of journalistic balance. 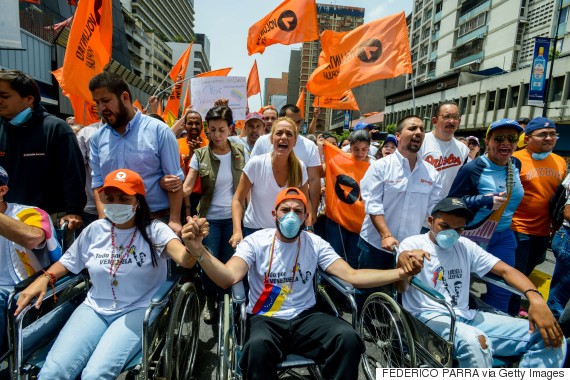 The last decade in Venezuela has seen a series of failed efforts to negate election results there (a brief review of some of the more audacious scams, with links, can be found here). They include bogus statistical studies by U.S. academics (2004), fabricated polls by prominent U.S. pollsters (2004 and 2006), a 2005 opposition boycott of parliamentary elections and the 2013 efforts described above. And that's not to mention attempted military coups. The opposition has never won a national election in Venezuela since Hugo Chavez was first elected in 1998. This time they think they might win, and they have polls to support that assertion. However, a lot depends on turnout, which has been their weakness in non-presidential elections; and there is a big political difference between getting, for example, a simple majority or two-thirds of the assembly.

Hence the pre-emptive strike to discredit the elections: If they do worse than they expect to do, they will claim fraud. And the hardliners, at least, will continue on their extra-constitutional path towards regime change. This has been -- with U.S. support -- plan B (and sometimes plan A) for most of the past 16 years, despite the fact that there has not been a shred of credible evidence of electoral fraud during that entire period.