If you're Venezuelan President Nicolás Maduro, and you're sweating an upcoming vote, the solution isn't to campaign more. No, the obvious answer is to move Christmas.

Maduro announced last week that Nov. 1 would herald the arrival of "early Christmas" in Venezuela, "because we want happiness for all people." Per Fox News Latino, Maduro sealed the deal by lighting Nativity lights at the Presidential Palace of Miraflores over the weekend and announcing that workers in the country will receive most of their bonuses and pensions nearly a month early.

Critics (and grinches) point out that, as a function of early Christmas, bonuses will be paid out by Dec. 1, just a week before the country is slated to hold municipal elections, on Dec. 8.

The surprising announcement comes six months into Maduro's first term, which has been described as "rocky with no honeymoon." Following Maduro's contested election after the death of Hugo Chávez in March, the country has suffered food shortages, electricity blackouts, a faltering economy and a toilet paper shortage. 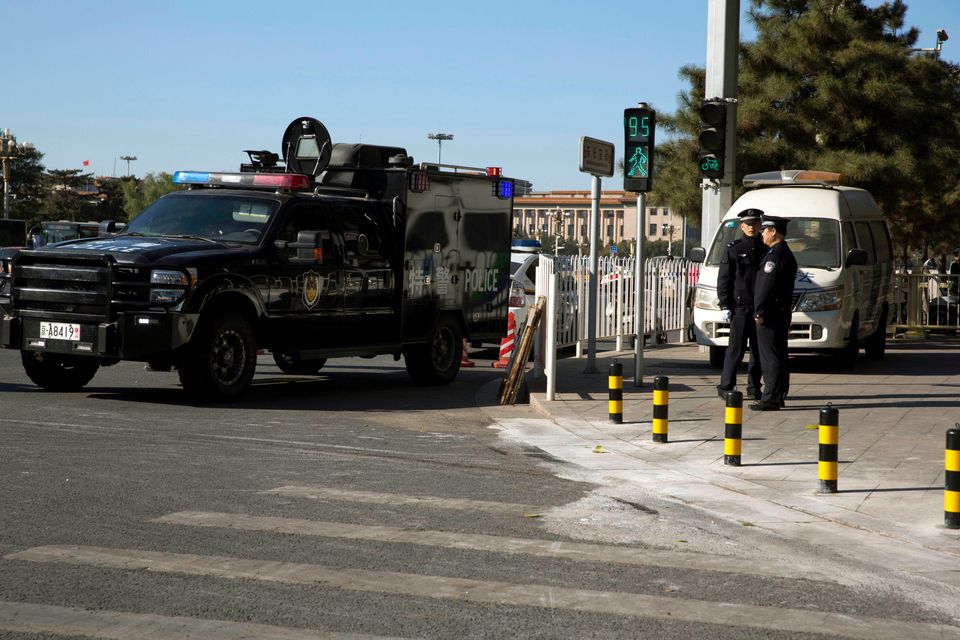 1 / 5
A vehicle from the Chinese police special tactical unit guards the sidewalk where it is believed a car drove up before it plowed through a crowd and crashed and burned in Beijing, China, Tuesday, Oct. 29, 2013. (AP Photo/Ng Han Guan)
AP