SAN CRISTOBAL, Venezuela, Feb 24 (Reuters) - A teenager was killed during a protest in the western city of San Cristobal on Tuesday, a state official said, as tensions rise in Venezuela amid an economic crisis and a government crackdown on the political opposition.

Roa died amid violent clashes between protesters and police near the home of Tachira's ruling party governor after a police officer shot at the ground, Cabezas added, though it was unclear whether he had died from a bullet wound.

Other stone-throwing students were injured during the clashes, said Reinaldo Manrique, a student leader.

San Cristobal, known as Venezuela's protest city, was the epicenter of last year's massive street demonstrations that led to 43 deaths. Contained protests have kicked off again in recent weeks in the city near the Colombian border, where shortages of basic goods ranging from toilet paper to medicines are particularly acute.

Critics say the increasingly unpopular President Nicolas Maduro is seeking to distract his supporters and spook opponents by jailing political rivals ahead of parliamentary elections later this year. 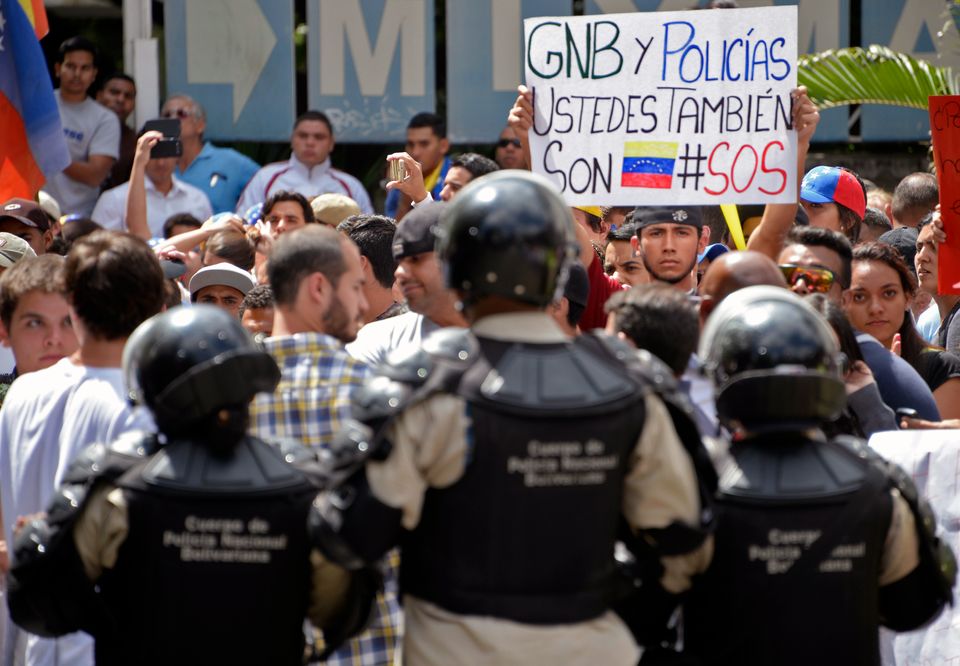 1 / 15
A student holds a sign reading 'Bolivarian National Guard and police, you are also Venezuelan. SOS' as he takes part in an anti-government protest in Caracas on February 17, 2014. (JUAN BARRETO/AFP/Getty Images)
Getty Images