The U.S. State Department issued a “do not travel” advisory Tuesday to Americans traveling to Venezuela amid rising tensions.

“Do not travel to Venezuela due to crime, civil unrest, poor health infrastructure, and arbitrary arrest and detention of U.S. citizens,” said the State Department’s travel advisory, which was issued as protests continue to sweep Caracas. “Venezuelan authorities may not notify the U.S. Embassy of the detention of a U.S. citizen, and consular access to detainees may be denied or severely delayed.”

The travel advisory came just days after Trump administration officials maintained that military intervention is still on the table in their attempts to remove Venezuelan President Nicolas Maduro from power. In a Monday press briefing, national security adviser John Bolton detailed new sanctions against Venezuela, including against its state-owned oil company.

The National Assembly represents a multi-party opposition to Maduro, who won a disputed election last year that the opposition members and several democratic countries have called fraudulent. Maduro’s time in office has included authoritarian crackdowns on political enemies and an economic crisis driven partly by the worldwide collapse of oil prices.

With the increased penalties on Venezuela, the Trump administration aims to force Maduro to cede the presidency as he loses support from the armed forces, whose continued loyalty to him has been crucial to his retaining power.

Foreign policy experts have warned that sending the U.S. military to Venezuela could bring more violence in a country already facing humanitarian crises.

The U.S. has a history of using military and intelligence services to attempt to topple Latin American leaders it disagrees with. The U.S was closely linked to a failed coup in Venezuela against socialist President Hugo Chavez in 2002. Maduro replaced Chavez after he died in 2013.

U.S. Warns Americans Not To Travel To Venezuela
18 Powerful Images from the Massive #SOSVenezuela Demonstration in Los Angeles, California 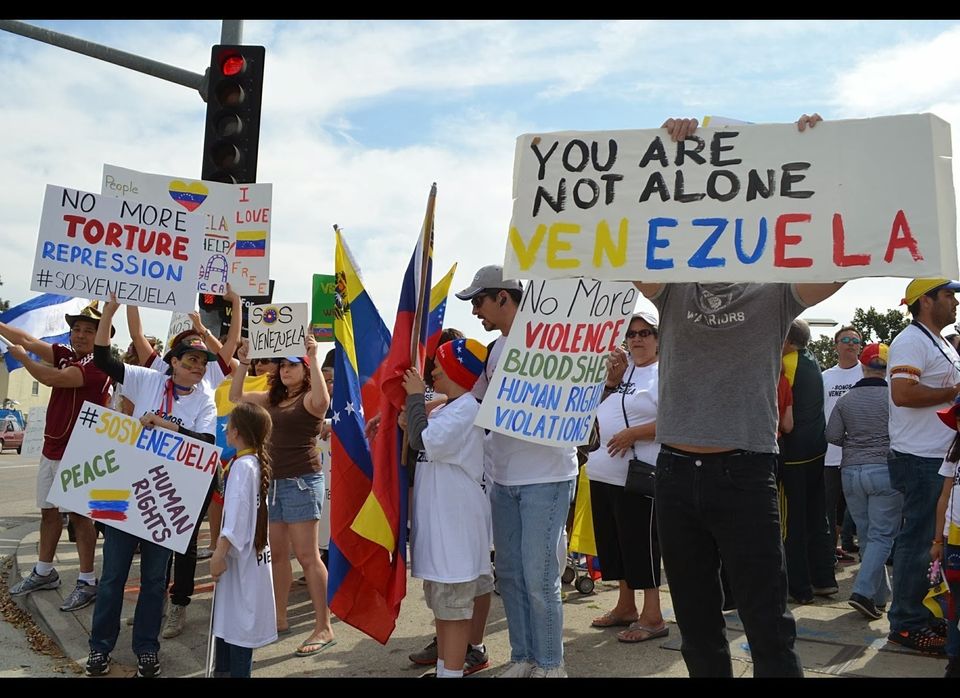