If Venice is a dream state, then a new book about the city built on a lagoon is its vivid interpretation. 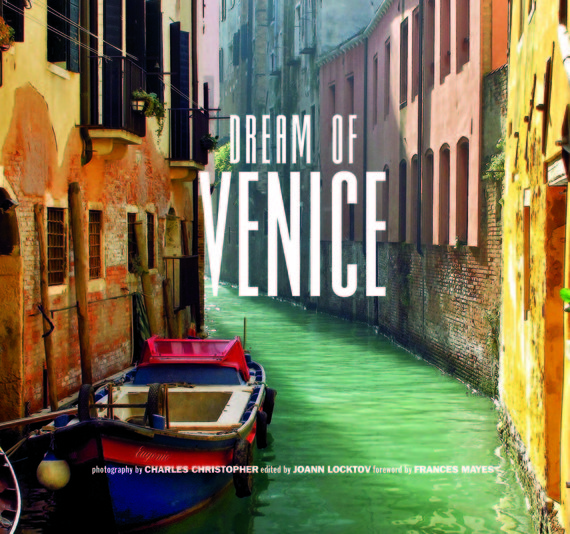 Dream of Venice, by JoAnn Locktov and Charles Christopher

Dream of Venice is a book full of visions. Some are reverential images captured by Charles Christopher, a copywriter-turned-photographer who spent two weeks there in 2011. Others are prose poetry from the likes of Frances Mayes, Peggy Guggenheim, Patricia Highsmith, Erica Jong, and Woody Allen. 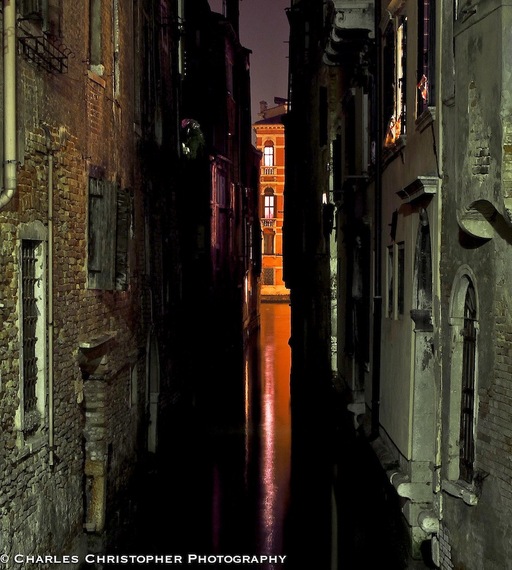 Venice is a state of mind. That is, the scintillating, kaleidoscopic, shifting colors of that watery realm remain alive inside me long after I depart the actual city. - Frances Mayes

A slim volume of just 100 pages, its editor is the intrepid JoAnn Locktov.

Christopher's images - some black and white, and others in color - found their inspiration in his first visit to the city as a teenager.

"I was thrilled by it - I ran around all by myself, and vowed I would come back," he says. "I found a bridge right behind the opera house and fell in love with it and remembered it." 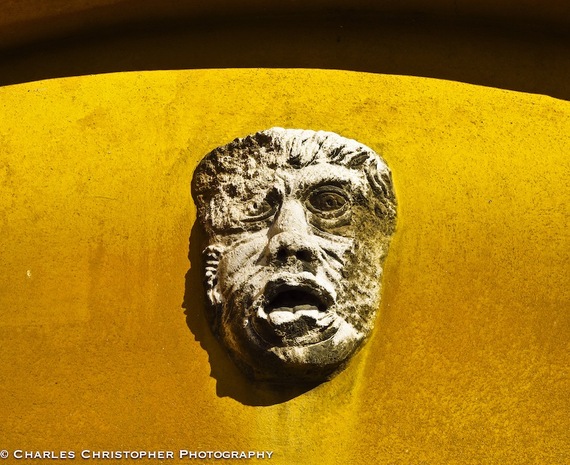 I AM Venezia, its dream crumbling. - Saxon Henry

Thirty-two years later, he returned, camera in hand, and began to shoot the first serious photographs of his career. They capture the essence of the city - its mystery, its lyrical beauty and even the illusionary nefariousness of its narrow passages. 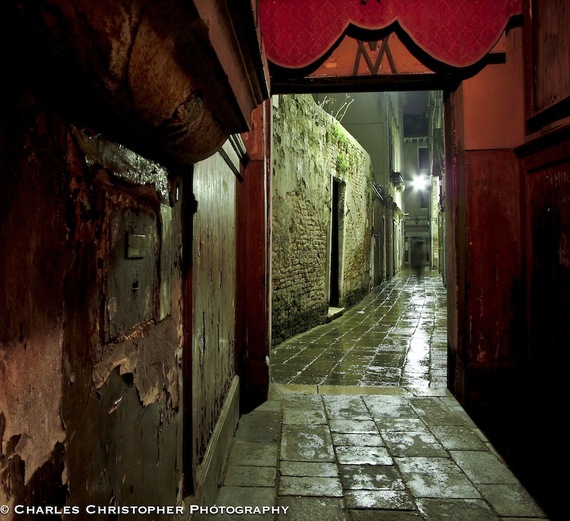 Many people consider it the city of love, for others it represents a place of mystery and magic. - Alberto Toso Fei

"If you saw the alleyways of Venice anywhere else, you wouldn't go there - no way," he says. "But there, it's safe."

Eschewing the common gondola shots, Christopher was informed instead by the 1973 psychological thriller, Don't Look Now, starring Donald Sutherland and Julie Christie. The fact is, there's nothing commonplace about this city as seen through his lens.

"There's this beautiful decay and darkness of the place - it has such a strong personality," he says. "Even in winter when there are no people there, it's alive - even though it's decaying." 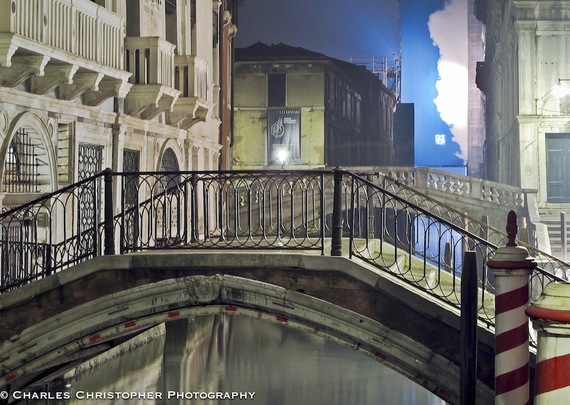 So I rubbed my eyes, opened my mind and looked past the shadows to the light, past the illusions and reflections to new truths. - Susan Pohlman

On his third trip back, Christopher stayed where he could overlook that bridge beyond the opera house, remembered from his boyhood. "It felt like I was getting back to the source of my imagination," he says.

Which would be, of course, a dream state. 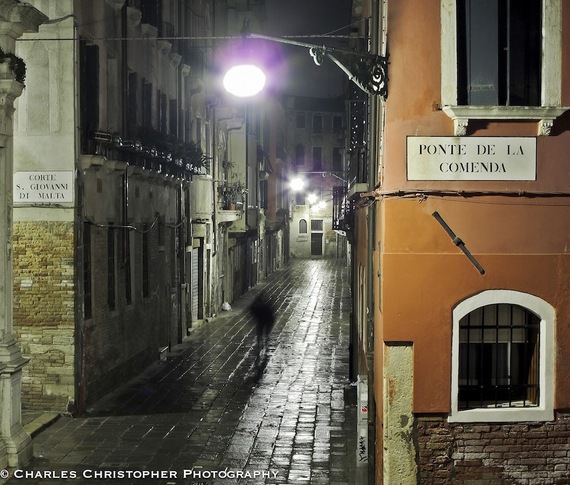 Suddenly, a darkened calle is fraught with sexual energy and potential danger -- and you find you like it. You blame your increased heart rate on the grappa, but you know better. - Jessica Spiegel

A portion of the proceeds from each book will be donated to Save Venice Inc. to support vital art and architecture restorations in Venice.

To order a copy, go here

J. Michael Welton writes about architecture, art and design for national and international publications. He edits and publishes a digital design magazine at www.architectsandartisans.com, where portions of this post first appeared.