Lest anyone think these pictures are common smut, let us assure you that the protesters were fighting for a noble cause. Last week, we wrote about how women planned to parade topless at Venice Beach to "protest America's unequal topless laws" in conjunction with other nationwide protests. The LA Times notes that while most bystanders just gawked or took videos or pictures on their mobile phones, a few were roped in to support the cause: "About 50 men strapped on red bikinis supplied by organizers to show their solidarity. Protesters hoisted signs that said, 'Free your breasts! Free your mind!' and 'Demand topless equality.' "

The topless protest would not have been complete without counter-protests, which some religious fundamentalists happily provided. Men held up signs saying, "Ask me why you DESERVE HELL!" and "WARNING: Hell Awaits You." The LA Times reports that these people were members of Bible Believers church in Los Angeles 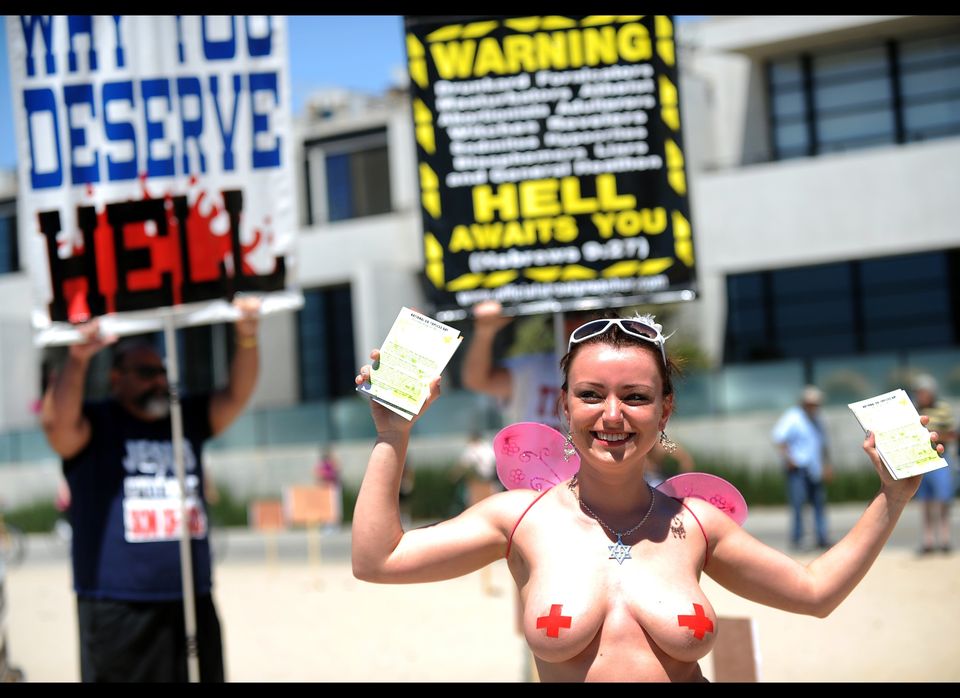