Making her directorial debut in the new film Higher Ground, actress Vera Farmiga (Up in The Air, The Departed) has herself reached for higher ground. The title, shared by a popular Stevie Wonder song, signifies the search for one's spiritual nature, for God, and for where one belongs. Farmiga plays a woman who struggles with doubts about her marriage, their Christian church, its views about God, and her role as mother of three small children. She eventually leaves them all to find herself.

"But," Farmiga says, "Christianity per se is not the film's subject, just the setting. Doubts and questions come to people within any faith or culture. And it's the questions that are essential no matter which religion or culture we come from."

As I worked to develop the script, it took on my personality. I became more and more convinced that I had to direct this film, there was no one better, and that's not arrogance. I felt I was the right person because I was passionate about not judging or poking fun at religion or its characters. Plus I feel so strongly about the importance of questioning everything.

The film's setting, a rural and close church-based community, became very personal, too. Farmiga shot the film at her favorite location: the farm she and her husband own, where they raise their son and some pet angora goats. It's in New York's Hudson Valley. The setting matched the rural Arkansas setting in the true life memoir this film is based upon, This Dark World, by Carolyn S. Briggs.

I'm sitting with Farmiga in a large colorful loft bustling with other conversations. Actors and directors of other Tribeca Festival films await their turn to be photographed. Farmiga, 38, has a very natural beauty and smile. With her are her husband, Renn Hawkey (a musician from the rock band Deadsy), her younger sister Taissa Farmiga, some key members of her cast and her film's PR agent. 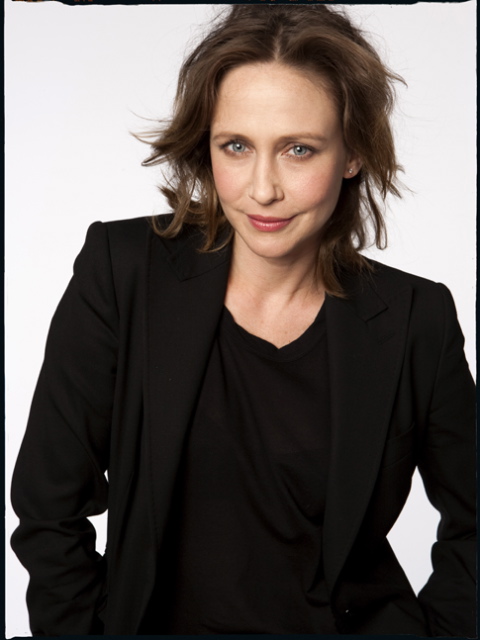 I've just seen the film and noticed family names in the credits, so I ask Hawkey how many relatives Farmiga used to make the film.

Besides Vera, there were eight of us. I was a producer and the film's musical director. My sister, Molly Hawkey, has a part and doubled as the set photographer. Both Vera's grandmother and my own were in the nursing home scene. Both of our mothers are in the film, too. Our son Finn was the 15-month-old baby in the film. And Vera's younger sister, Taissa, played Vera's character when she was a teenager.

(I glance around and find Taissa, who at 16 looks exactly like a young Vera. She has an innocent quality as, unlike many teenage girls, she isn't trying to look older.) The girls were raised in a strict Ukrainian Catholic home in New Jersey. Vera, the second of seven children, didn't start speaking English until she was six. 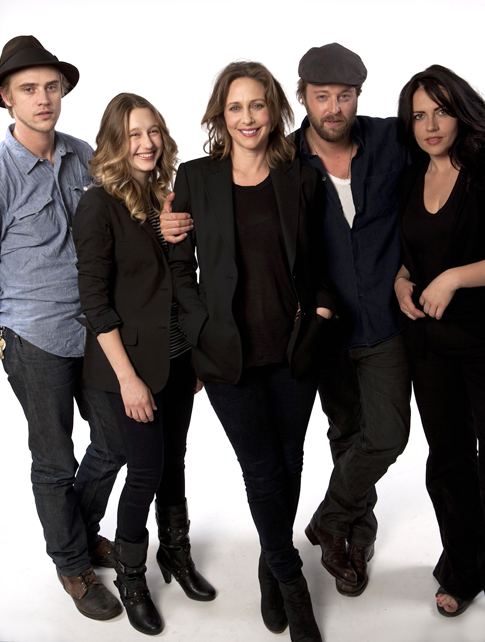 Yet I winced at the misguided misogyny of that time and place -- the limits put on women. The only authorities were male pastors and counselors, and they had no knowledge of women's inner lives. Their counsel solved nothing for women.

In the company of men, women were to keep their words short. They were not to speak from the front of the church, as this was usurping the pastor's position. Farmiga's character defies this rule, though without malice, on one final occasion before leaving.

Vera Farmiga's name is not yet familiar to some film-goers despite her roles with significant male actors. She played daughters of Richard Gere in Autumn in New York, of Christopher Walken in The Opportunists, and of Jon Voight in Manchurian Candidate. Leading roles and more recognition came with Down to The Bone (2004), Neverwas (2005), and Breaking and Entering (2006). She works hard, making four films per year in 2006 and in 2008. Her best-known recent film was Up in The Air with George Clooney, in which she got romantic attention from him and Hollywood attention with Screen Actors Guild and Oscar nominations for Best Supporting Actress.

It's always interesting when people take a risk to make a transition; e.g., from model to photographer; ad copywriter to book writer or to screenwriter; screenwriter to director. It takes passion, and Farmiga has quantities of that. As an actress, she has taken a greater risk than directing. She's acting in the film she's directing. I get the sense this is a metaphor for how she wants to lead her life... reaching for higher ground by learning how to direct herself.