America is getting a big, fat downgrade, but don't bother to tell the FCC or the media. I'll get back to this in a second. 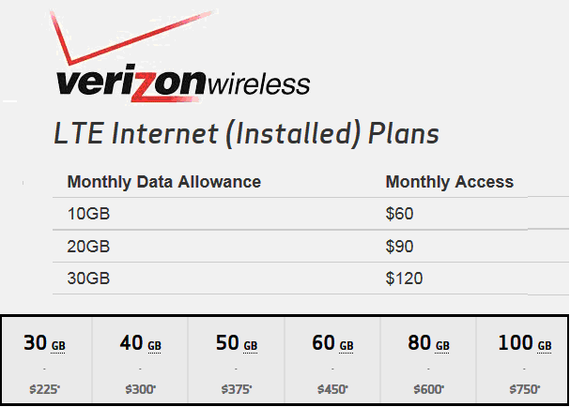 All over the place, we are hearing that there is a 'transition' afoot to deliver next generation networks. FCC Chairman Tom Wheeler's FACT SHEET on the "IP (Internet Protocol) Technology Transition" states:

"Phone and Internet providers are increasingly replacing their legacy copper networks with next - generation networks that enable greater broadband speeds, efficiency, capacity, and a wealth of innovative features."

And the USTA, the association for the incumbent phone companies, claims that this is about fiber optics and Internet technologies.

"Modernizing legacy communications networks is a key goal for the country and our members are working to install fiber and Internet protocol technologies throughout their networks. The FCC's proposed update to facilitate these technology transitions should be a helpful step in ensuring that consumers and businesses understand and move through the transitions to newer broadband, voice and data services."

This is all a con. The 'IP Transition' is not about technology; it is designed to remove regulations and obligations and to shut off the copper networks so that the wireless companies, AT&T and Verizon, can sell you more expensive services.

Install Fiber? No. The Plan is to Shut Off the Copper and then Force Customers onto Wireless.

How Much Does a 'GB' Really Get You?

A "GB", Gigabyte, is a measure of the size of the file or in this case, it is the capacity you have of how much you can download or upload. Verizon has a chart of what you can do with 10GB. 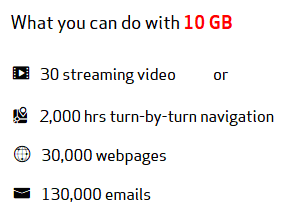 But this chart is a bit disingenuous. Let's go through a month of programming for Netflix and cable TV.

The following chart examines the costs to a customer if they just watched the 'average' monthly viewing on Netflix, or what it would cost if you were to watch the average amount of cable TV viewing, as told by Nielsen.

(Note: We rounded some of the usage information and didn't include cable VOD. We also rounded up to the nearest 10GB size, i.e., 46.5 hours would require 50GB.)

Netflix states that their movie-TV show watching uses 1GB per hour, 3GB for HD video, which is currently the standard:

Let's use 1 hour & 45 minutes as the average. 10GB allows for, let's call it 7 movies at 'standard definition', while at 'HD' quality you get to watch just 2 movies.

Unfortunately, based on Verizon's pricing, the customer will pay $60.00 for that 10GB. And this does NOT include the equipment or other charges, taxes, fees and surcharges, etc.

According to The Diffusion Group, the average Netflix user watches about 1.55 hours of movies or TV shows daily. Using 30 days a month, the Netflix service at 'standard definition' would cost $375.00, while HD would run $1050.00 a month.

According Slashfilm, Nielsen, one of the bibles of media measurement, claims that the average American watches about 142 hours of cable TV a month.

This equates to a customer paying $1,125.00 a month to watch cable TV, as if it was a regular cable service, and a whopping $3,225.00 if you want to see the shows using the current HD standard. - I repeat, this is for one month!

The bottom line is that while Verizon and AT&T are claiming wireless broadband is the future and is a new technology, truth be told if this is the future, we're hosed. (I note that I was surprised to see that the companies are charging identical amounts. Real competition would suggest one company would be cheaper.)

And let's not forget 'overages', i.e., after the customer uses more data than they signed up for, they get gouged.

NOTE: It is hard to say whether AT&T even allows customers to use the networks past a certain point.

Verizon Wireless broadband overages are equally as piggy. Verizon charges $10 for each additional 1GB if you go over your plan capacity

And Now the Con

"We believe all consumers and businesses deserve the opportunity to be connected by the best network technology available... Wireless phones connect two-way video conversations, enable instant online shopping and deliver information from around the globe. Telemedicine improves health care. Distance learning helps students of all ages connect to learning opportunities. Entrepreneurs create jobs and operate successful businesses with virtual offices. These all depend on reliable connections being available wherever you are."

In Carbon Hill, AT&T has filed to shut off 60% of working phone lines, to be substituted by wireless.

Even the Wireless Home Phone Isn't a Real Substitute.

AT&T writes that there are some things their service can't do.

"Q. Will AT&T Home Base™ work with a fax machine or home alarm system?

The fine print reveals it is dramatically worse than a copper-based phone as it even has a problem with E911 emergency service.

How, exactly is this the "best technology available"? How do "entrepreneurs set up virtual offices"? Can you imagine mom & dad's shock when their child has been distance learning using this wireless broadband service and they get the bill?