Did you know that 100 Mbps was the original speed touted by Verizon for 4G LTE, starting around 2009? Yet, by 2015, America's average for 4G LTE speed is about 10-12 Mbps for a download -- about 90 percent off the original marketing hype. But this is old news.

Verizon's hype machine is in full force for the next generation, 5G.

FierceWireless, December 8, 2015, reports that Verizon's 5G wireless will have speeds of up 1 Gbps and is being tested starting in 2016.

"Verizon's 5G service to go commercial in 2017 and beyond.

"Verizon CEO Lowell McAdam said that the carrier expects to be able to offer 5G wireless speeds up to 1 Gbps, and that he expects the carrier to begin a commercial test of the technology as early as next month at the carrier's Basking Ridge, N.J., headquarters."

And the claim is -- (I paraphrase) We don't need to build out the wired networks; we can just shut them off where we feel like it, especially in rural areas. Everything is going wireless, right?

If history is our guide -- the speed of 5G is not going to be 1 Gbps. It will be 1/10th the speed, at best, and only in some locations -- and it will take years. And at home or in a business, it will cost the customer multiples of what a wire would cost for the same service, like watching Netflix or cable TV.

Let me just quote some facts.

4G LTE was supposed to be capable of 100 Mbps downloads and 50 Mbps uploads by 2010. This is from Verizon's own analysis of 4G LTE.

Gizmodo's interview of AT&T in 2009 about 4G LTE claimed it could hit a peak of 300 Mbps downloads.

And the speed hype was cut in half over time. Zdnet reported that in 2010, the speeds would be capable of 50 to 60 Mbps download rates.

"Verizon Wireless said Wednesday that it is testing 4G Long Term Evolution (LTE) service with the aim of launching commercial service in 2010. Verizon Wireless said the 4G LTE network in field trials has demonstrated download rates of 50 to 60 megabits per second, but the final speeds are to be determined."

Notice the caveat -- "final speeds are to be determined".

I go online and find a review of Verizon Wireless 4G LTE which says it is "extremely fast" at up to 12 Mbps and 5 Mbps for uploading.

OpenSignal shows the comparative speed of wireless service providers in my Brooklyn, New York neighborhood - and the average, as of January 5th, 2016, 5:30PM was 10 Mbps down and 6 Mbps up, with Verizon at only 11.6 Mbps download and 8 Mbps upload, similar in speed to the review. (Selecting "4G" only brought Verizon to 13 Mbps and 9 Mbps; T-Mobile went to 16 Mbps down 10 Mbps up.)

Conclusion: About 90 percent of the original speed mentioned for 4G was fairy dust.

This is the search for Monticello New York, an upstate town in what is known as the Catskills. There is one provider listed, Verizon, the state utility incumbent, and the speed is 2.7 Mbps for downloading. Other rural areas got slightly better results or the same results.

Does anyone think that this community is getting 1 Gbps speeds in the next few years from Verizon or any other wireless company due to an upgrade to 5G?

Problem 4: This 1 Gig Service Is Going to be Reasonably Priced, Right?

9to5Mac wrote that if the 5G speeds played out, Verizon's 5G tests will be faster than the 1 Gbps speeds of Google Fiber.

Well, regardless of the speed, there is the matter of price.... Google Fiber is charging $70.00 a month for their fiber optic service in Austin Texas and other locations.

One of the previous articles detailed the issues with the current pricing of Verizon and AT&T Wireless if you use it for broadband and cable service, based on averages of viewing Netflix, or Nielsen's average of watching cable TV.

The findings were not good:

And when we cross-reference this info with this next chart of pricing from Verizon Wireless -- which is about the same as AT&T's pricing, we find that 2 HD movies would use about 10 GB and it would cost $60.00 to stream on Netflix. 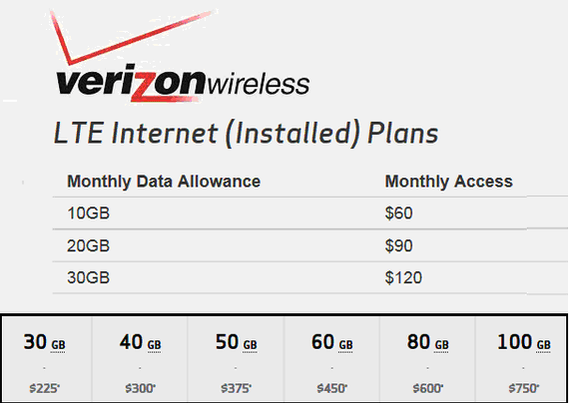 Does anyone really think that any wireless plan that is designed to replace the wires is going to be done without 'bandwidth caps' and other caveats?

So, it is very, very, close which service you might want today for home or business use.

The underbelly of all of this is that there is a forced migration to wireless. Verizon has stopped building out critical infrastructure -- even though customers paid for network upgrades, and this is happening in a number of states in different ways.

In the Garden State, Verizon New Jersey was supposed to have 100 percent of their territory completed by 2010 with a fiber optic service with a minimum speed of 45 Mbps in both directions. In 2014, the NJ Board of Public Utilities signed a 'stipulation agreement' that would require Verizon New Jersey to only deliver the speed of just DSL by any technology. Since 1993, when the "Opportunity New Jersey" plan was passed, customers have paid over $15 billion dollars in rate increases for network upgrades of the state utility. Moreover, it appears that the company completed maybe 50 percent of their FiOS deployment and it was almost entirely paid for, not by investors, but through rate increases. The stopped deployment means 100 percent of regular phone customers are still paying increases built into local rates, even if they will never get the wireline service.

Other states, including the Keystone state, Pennsylvania, also allowed for this massive bait-and-switch to stop building any fiber optic infrastructure, even though state laws were changed in the 1990's to do a fiber optic build out of Verizon Pennsylvania's state-based utility. Customers in this state also had rate increases to pay for it. Even though 100 percent was originally supposed to be upgraded and completed by 2015, changes in state law have allowed Verizon to do a wireless substitution with a minimum speed of 1.5 Mbps -- that's it.

Even DSL over the old copper wires is a better substitution than wireless and this issue has, of course, come up in Pennsylvania. Based on the current pricing, DSL is a flat fee which is about the speed of the wireless service, (at least advertised) at 7.1 Mbps to 15 Mbps download speed, and costs $29.99 (advertised price and not counting the phone line and a list of caveats, promotional vs actual price, etc.). This is vs. the wireless service that charges by the gigabit of usage (as opposed to speed being a 1 Gbps)

However, word is, Verizon is discontinuing DSL and is shutting off the copper networks whenever it can.

And in Boston, Massachusetts, rumor has it that Verizon, (which never applied from a franchise to build out FiOS), has convinced the city on a plan to wait from several years so it can go to 5G wireless broadband instead, which is known as "Fiber-to-the-Antenna", "FTTA"-- or "Fiber-to-the-Fairy-Dust" -- FTTFD

Problem 6: Dark, The Future Is.

To summarize the plan, which has been in full swing for the last few years: They claim that the wired networks are unprofitable and that the wireless future is better as 'everyone is going wireless, right?'

This includes: Stop building out the wired networks, shut off the copper networks (the majority of lines), and use this as an excuse to get rid of the union staff who work on the wires, not to mention get rid of any remaining competitors who use the wires.

But the sub-plot is to get rid of any remaining regulations and obligations up and down the entire East Coast, as Verizon, the wired side of the company, controls most of the wired utility networks from Massachusetts down through Virginia.

And underneath it all, separate and hidden from view, are the special access networks. These are not 'special' but regular copper and fiber optic wires that are part of the state utility and are used by the wireless service. Of course, Verizon will not shut off these networks.
And the future speed of America for wireless? 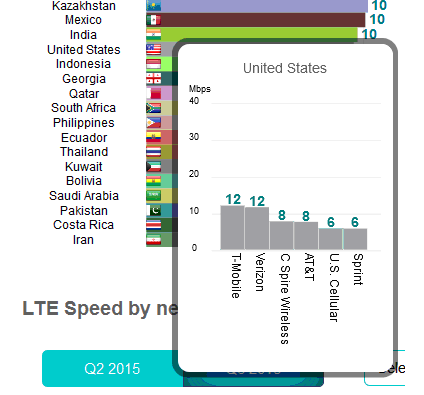 If history is the guide, Verizon's plan will harm the entire East Coast of America.

And the marketing hype for 5G needs to be slapped in the face with historic reality.

"BASKING RIDGE, N.J., March 8 /PRNewswire/ -- Verizon Wireless announced today that its 4G Long Term Evolution (LTE) network field trials in the United States have demonstrated wireless data speeds that are significantly faster than today's 3G network speeds. Trials in Boston and Seattle indicate the network is capable of peak download speeds of 40 to 50 megabits per second (Mbps) and peak upload speeds of 20 to 25 Mbps. The speeds are significantly faster than Verizon Wireless and other wireless providers' current or promised 3G network speeds."

And second is the kicker -- According to TelecomTV, 5G ain't even close to being here yet.

"Although, as we said, true 5G is still five years away, there is an emerging trend towards releasing "pre-5G" technologies, to ease the transition towards the radically new 5G architectures of the next decade (as well as generate revenue to offset R&D and perhaps influence the standards work - key patents are going to be extremely valuable).

"As we move into 2016, when we should start to see the beginning of standards work and get a better idea of the key components of 5G."