Almost exactly one year after enacting the United States' first universal health care law, the state of Vermont is once again showing the country that another world really is possible. In the wake of an impressively large and diverse May Day rally for human rights, the state legislature passed an unprecedented amendment to the budget bill that takes steps toward grounding Vermont's budget and revenue policy in human rights. Adopting a key demand of the People's Budget Campaign, run by the Vermont Workers' Center, Vermont's budget is now mandated "to address the needs of the people of Vermont in a way that advances human dignity and equity."

This is the first time that the purpose of a state budget has been defined in terms of human rights principles. The new provision specifies that public money must be raised and distributed with an explicit focus on people's fundamental needs, requiring that "[s]pending and revenue policies ... recognize every person's need for health, housing, dignified work, education, food, social security, and a healthy environment." These human needs lie at the root of social and economic rights protected under international human rights law, which to date have been largely ignored in the United States.

Vermont's first steps toward a People's Budget mark an astonishing breakthrough for a grassroots campaign launched only a year ago, on the heels of the successful Healthcare Is a Human Right campaign. In May last year, Vermont's governor signed a law that committed the state to establish a publicly financed, single-payer-style health care system by 2017. The planning process for implementing "Green Mountain Care" is ongoing; an important debate about the system's financing mechanism will take place later this year. With spending and revenue proposals likely to dominate political discussions, the Vermont Workers' Center aimed to sustain and build on the health care success by launching the People's Budget Campaign under the broad umbrella of Put People First!, a multi-issue grassroots organizing effort designed to link a wide range of people's struggles and unite them through a shared human rights vision. 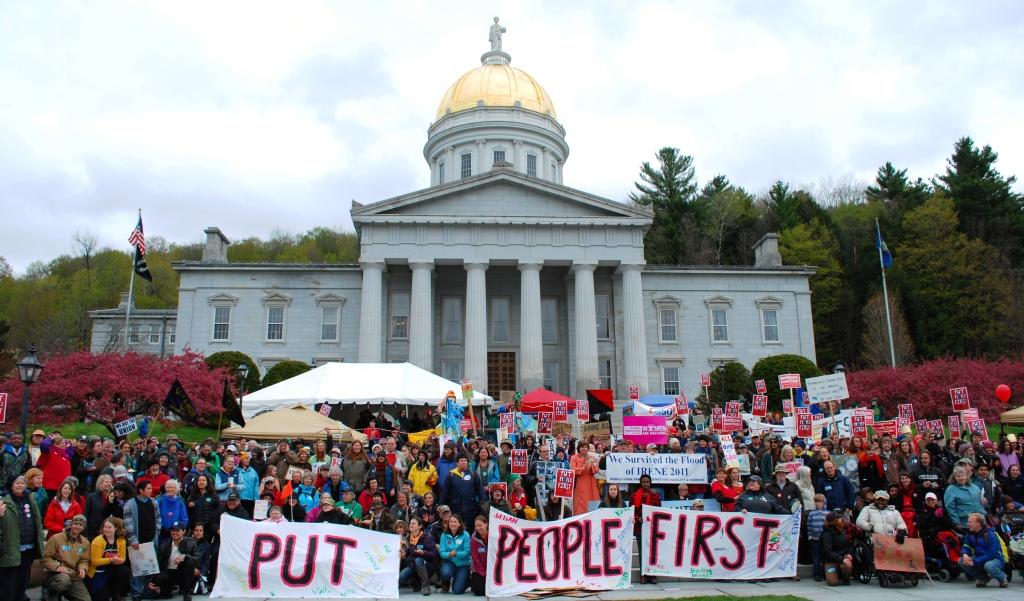 With an ambitious plan for equitable public spending and revenue policies, the People's Budget Campaign, carried out in partnership with the National Economic & Social Rights Initiative (NESRI), has sought to tackle the austerity agenda head-on. Instead of fighting over increasingly smaller slices of the budget pie and thereby pitting different interests and communities against each other, the People's Budget Campaign has united constituencies and allies in the demand for an entirely different, rights-based approach to budgeting. It has reframed the purpose of the state budget as meeting people's needs, with revenue measures following from those needs. Rather than defending specific programs against budget cuts without challenging the underlying scarcity myth, the People's Budget Campaign has called for a paradigm shift in the way spending and revenue policies are developed. While public spending is normally planned on the basis of whatever revenue happens to be available, a more rational and just People's Budget process would require spending plans to take into account people's needs and the cost of services and infrastructure to meet those needs. Revenue measures would then be designed on the basis of such a needs-based budget, not vice versa. In other words, a People's Budget would identify and, if needed, raise the resources required to meet people's fundamental needs.

Unsurprisingly, the language passed by the legislature this week does not yet accomplish this shift, nor does it embrace the comprehensive accountability framework put forward by the People's Budget Campaign. But it provides a solid starting point: the new legal provisions connect spending and revenue decisions to people's needs, require that indicators measure the budget's success in addressing needs, and task the administration with developing a process for public participation in budgeting. In a country where public budgets are increasingly determined by inputs (available revenue) rather than outcomes (achieving a purpose), these measures offer a powerful springboard for launching a People's Budget that raises and allocates funds to meet everyone's needs in an equitable way.

To overcome the formidable obstacles to budgeting based on human rights -- and to a health care system financed through progressive taxation -- the People's Budget Campaign will have to continue building the power of the people. It is encouraging how far the campaign has come over the past 12 months in shifting the discourse on budget cuts to a dialogue about government obligations to meet human needs and realize human rights. The inspiring May Day rally was the culmination of a grassroots process during which hundreds of Vermonters took part in a community needs assessment, thousands signed a petition for the People's Budget, and more than 100 testified to legislators at the annual state budget hearings. As a result, Vermont now requires its budget and revenue policies to advance dignity and equity for all. This carries a tremendous promise not just for the state of Vermont but for the country as a whole. With a growing people's movement for human rights, a fundamental shift in budget and revenue policies may become possible. 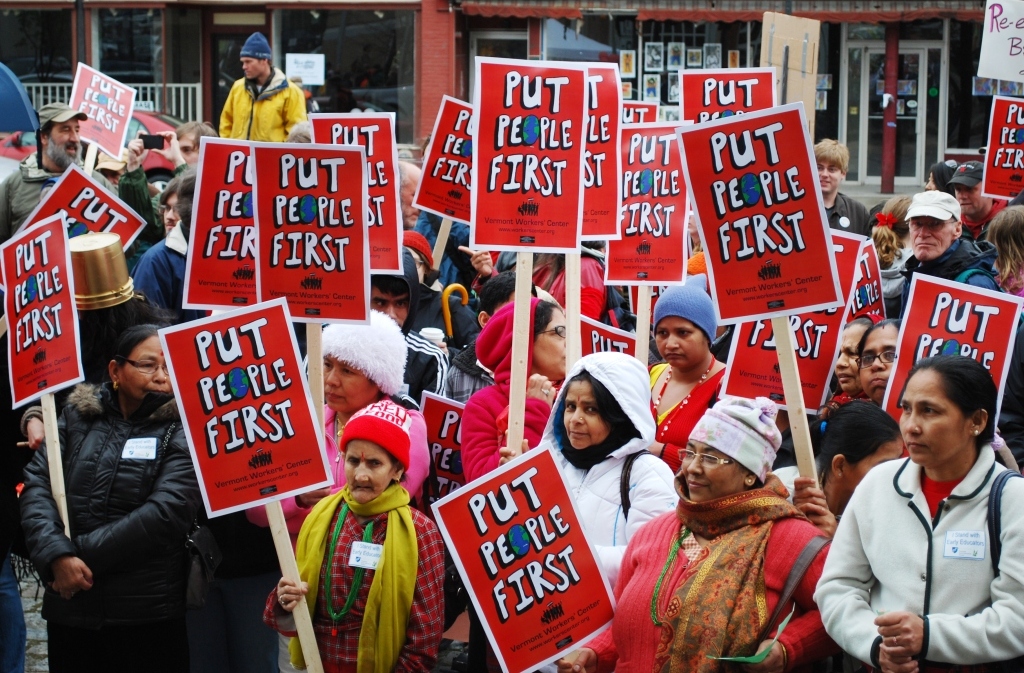