On or about April 17, 1524 Italian navigator Giovanni da Verrazzano discovered what is now New York Harbor. That's Verrazzano spelled with two "z's". So why does the famed Verrazano-Narrows Bridge which connects Brooklyn and Staten Island have only one? The monument honoring Verrazzano in the city's Battery Park has two "z's" cast in bronze. Even the smaller Verrazzano Bridge outside Jamestown, Rhode Island spells the name with two. Relying on one "z" is like stealing one of the "n's" from Kennedy on the city's recently renamed Robert F. Kennedy Bridge-that used to be the Triborough. 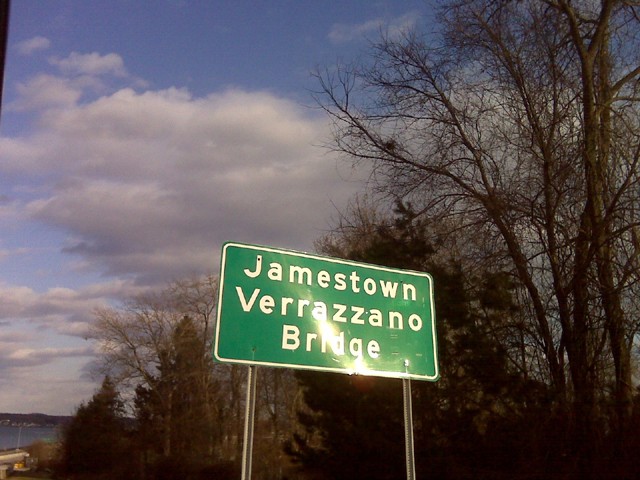 Could it be that when the bridge was opened on November 21, 1964 no one knew how to spell Verrazzano? That seems unlikely. But maybe there's a history behind the spelling that has been lost in harbor fog over time? For starters, I looked back to April, 1524 (as anyone does these days via the internet) when the Italian navigator, who was sailing for the king of France on a ship called "La Dauphine," entered the mouth of the Hudson River, reported back to Francis I and gave France its claim to American soil.

The English explorer Henry Hudson, who didn't come along until 1609, gets all the credit for the discovery of New York Harbor, but his was really almost a century later. So, maybe it's Hudson's fault for stealing Verrazzano's thunder. The Florentine explorer didn't exactly become a household word and the longest suspension bridge in the U.S., and the eighth longest on the planet, was almost named for someone else.

You see the name Verrazzano was considered too long and too difficult to spell and pronounce. Obviously, they may have been right about the spelling since it's still missing one "z". As you can imagine, at the time there was a lot of political and ethnic fighting about the name of the bridge. Some wanted to call the span the Narrows Bridge, others the Brooklyn-Staten Island Bridge, while Italian cultural groups pushed for Verrazzano. 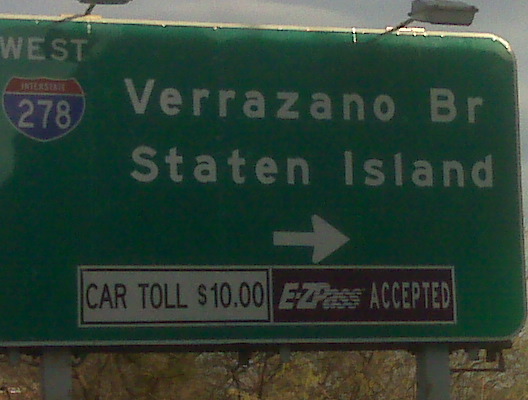 But what to do about the "z's"? In the late 1950's, then Italian Ambassador to the U.S. Manlo Brosio, advocated a double "z" as the accepted Italian spelling. Former Governor Averell Harriman concurred publicly. However, then Governor Nelson Rockefeller preferred what is sometimes called the American spelling with just one "z".

One "z" or two, the bridge almost wasn't named for Verrazzano at all.
The day after the assassination of President John F. Kennedy in 1963, thousands of signatures were collected to change the name of the bridge not yet finished to honor the fallen president. However, Kennedy's brother Attorney General Robert Kennedy, assured a man named John LaCorte, the director of the Italian Historical Society of America, there would be no name change. You see LaCorte had already been meeting with Kennedy over the matter of another Italian, Charles Joseph Bonaparte, later recognized as the founder of the FBI. Instead, the New York International Airport, commonly called Idlewild, was renamed for President Kennedy.

Even after the bridge opened, many even in the media referred to it as "The Narrows Bridge" or "The Brooklyn-Staten Island Bridge". Remember the name was too long and too difficult to spell and pronounce. Eventually they learned how to say and spell "V-e-r-r-a-z-z-a-n-o"(minus the second "z" of course).

Come on, how much does it cost in signage to add another "Z"? Thousands of dollars at the least according to transportation officials and with budgets what they are no one wants to bring it up. Whether one "z" or two, the bridge is still one of the most beautiful and iconic in New York City and is seen worldwide as the starting point of the New York City Marathon each year. So what's in the spelling after all? A-c-c-u-r-a-c-y.
(if you want to see more of my stories go to nbcnewyork.com)