Jake Runestad's Dreams of the Fallen premiers on Veterans Day, November 11. Pianist Jeffrey Biegel joins the Louisiana Philharmonic Orchestra and Symphony Chorus of New Orleans under the direction of James Paul in the Freedom Pavilion at the National WWII Museum. The concert will be webcast live.

The work is a unique tribute to war veterans. At its core is the story of a soldier returning home and absorbing back into everyday life. The libretto for the chorus is taken from the poetry of Brian Turner, a veteran of Iraq and Afghanistan. The music of the pianist represents and reveals the soldier. During my recent interview with Jake Runestad, I asked what inspired him to take on this particular story and to construct it for what he describes as part piano concerto and part choral symphony. 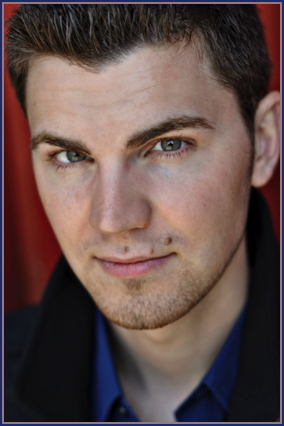 "It was the experience I had in speaking with veterans," he responded. "I read Karl Malantes' book, What It Is Like to Go to War. He served in Viet Nam. He talks about his inner feelings and experiences and what veterans need. That's really what this project is about. I want to highlight their stories and experiences. These are human beings who are experiencing incredible life changing things. The sights, sounds and smells that will never leave their memory. As they come home and are reminded of these things, they have flashbacks. PTSD is such a strong part of this."

Pianist Jeffrey Biegel is all about getting the point across. His last two recordings, A Grand Romance and A Steinway Christmas Album, are highly complex and enthralling blends of virtuosity and mind-bending imagery. Jake's idea that the music of the piano represents the perspective of the soldier makes total sense when it's in the hands of Jeffrey Biegel. Their collaboration began two years ago during one of Jeffrey's appearances when Jake went backstage hoping to talk to him.

"I was playing William Bolcom's Prometheus for Piano, Orchestra, and Chorus. It was in Minneapolis in Orchestra Hall with the Metropolitan Symphony. It's a volunteer orchestra -- they're wonderful. The chorus was VocalEssence with Philip Brunelle -- they're incredible. We had just finished rehearsal. There was this tall, striking young man standing at the door that led to the stage. He's waiting for me. He wants to introduce himself and speak to me. It's lunch time, I said, let's go grab a bite. So we went to some nearby pub. I have to say, within 15 minutes -- we were talking about I don't know what -- I stopped and said, 'I don't know what it is, but I am propelled to say you are going to be the next composer in my on-going commissioning projects.' He put his head back and goes, 'Whoa! Wow!' I asked if he wrote for piano, chorus and orchestra. Yes. He's written for everything. It was just the way he was speaking. I sensed that there was something very important that was going to come out of this composer."

As the work began to take shape, Jeffrey asked Jake to explain his role as the pianist and that of the chorus.

"He said my role is to be the soldier. 'You have to portray the character of that soldier who has returned from war and lived through the experiences. At the piano.' The chorus is to recite, whisper, scream these poems of Brian Turner. The way Jake uses the piano in this kind of Impressionistic filigree -- with the theme wrapped around this floating dream-state writing - is so very powerful. The chorus parts are extraordinary. The ability that Jake has to extract the poems he wanted to use in this piece had to be very challenging because there are many poems. He chose very well. So, between the chorus giving the audience the text and the pianist portraying the character and the orchestra creating this sonic landscape around all of that had to be a very challenging task."

Brian Turner has become one of the most respected poets of our time. Runestad selected texts from two of Turner's books of poetry, Here, Bullet and Phantom Noise. As he studied Turner's poetry and was imagining the shape of his musical piece, three poems stood out that would form the main framework. One of the elements Jake wanted to include -- and found that there was a need for -- is the idea of a rite of passage, a ceremony or a sense of closure to the experience.

"Rites of passage have three different parts," Jake said. "So the piece is based on those three points. The first of the three poems I used is about the experience. Brian Turner's Here, Bullet is a kind-of beckoning to a bullet -- this call, this challenge as one is preparing for that violent experience:

If a body is what you want, here is bone and gristle and flesh. (Brian Turner, Here, Bullet) 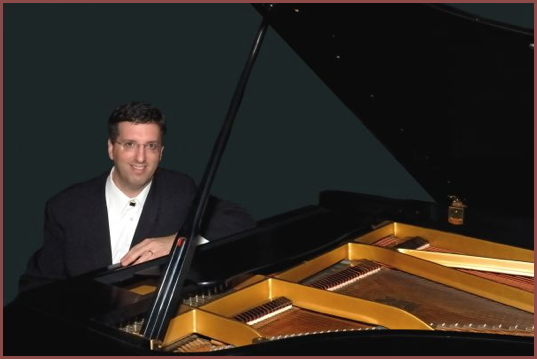 Jeffrey spoke of the musical inflections, themes, and happenings -- where the listener can immediately sense that a missile has been launched, a missile is falling, a missile has exploded. "In this one particular section, I told Jake that it feels as though I'm holding an injured comrade who is slowly dying -- and does die in my arms. I'm very happy with this piece. It's very tonal, very striking. He takes what are the quintessential American intervals, the perfect fourth and perfect fifth -- intervals that Aaron Copland and his contemporaries used to make their music sound 'American,' a kind of nobility and sense of patriotism. They used those stark intervals throughout their music. Jake expands on that and makes them augmented and diminished. Depending on the text and the music at the moment, the intervals become more emotional, more intense. It's going to be very interesting to see how these three pieces of the big puzzle come together."

The final poem is this point of consolation -- the community speaking to the individual: "It should make you shake and sweat, nightmare you, strand you in a desert of irrevocable desolation." The culminating point is, "no matter what crackling pain and anger you carry in your fists, my friend, it should break your heart to kill." Those three poems are bookended by an excerpt from another poem: "and I keep telling myself that if I walk far enough or long enough, someday I'll come out the other side."

"That little excerpt," Jake said, "is juxtaposed differently at the beginning of the piece and at the very end. It has this sense of progression or journey. It's a lot for an audience to take in. So part of my deal was to give the piano a personality or some identity. I'm thinking about the stories these veterans have shared with me and what sort of an emotional response they have to these experiences. Physically, I'm thinking about what the pianist is doing -- how Jeffrey may look as he is playing. For the frantic and hectic portions he is moving all around the keyboard. There are parts where the sound is very, very dark and other parts where it is very flowing. I'm thinking about it physically as much as musically, to really evoke that sense of the individual."

I asked Jeffrey about what he has learned as a pianist exploring a character who is the "Everyman" -- the voice of the soldier recalling the terror of the battlefield.

"It has broadened the way I use the piano to express emotion. The music relates to something happening that is understood. For example, I can understand where a bomb has fallen and exploded because of the double-armed cluster in the bass of the piano. If I didn't know that, then it could be that I'm just playing a giant tone cluster. But why? I know why. It enables me to understand through the music and the text how to utilize the piano to best provide the experience of reflecting what's happening in the music around the piano - the choral text and the orchestra. Some of the music is very fluid, very liquid to illustrate the dream state. Some of it is biting chords and violent scale patterns to illustrate missiles going up and down."

To be sure, the piano represents the character's perspective. It is not like background music to a film score. The music reflects the soldier's reactions and thoughts on the battlefield and which dwell incessantly within his dreams.

"I won't become overt in my physical demeanor at the piano because that would be like putting on a play. It must come from the inside out -- from me through the piano. Just normal physical responses to the music, something very organic. People watching it on the live webcast should see it for what it is, rather than trying so say it's more than it is. I don't want to bring anything to it that's over-the-top. That would trivialize what's real. It's all one play -- the orchestra, the chorus, and the piano."