In early April 1945, my father was packed into a train with 2500 other prisoners from Bergen-Belsen as the Nazis insanely tried to keep British and American troops from rescuing them. The train was made up of 45 cars with their doors sealed shut; the crowding was horrific and of course there was no food or water. 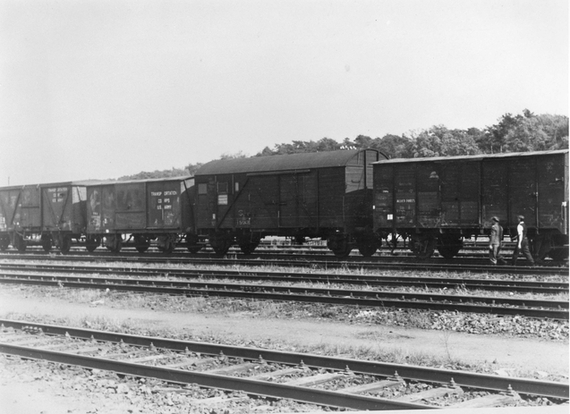 In the chaos of war, this hellish train wandered for a week and finally stopped at Farsleben, a tiny town not far from the Elbe, sixteen kilometers from Magdeburg, the site of one of Germany's largest munitions plants. German communications had collapsed and the commander couldn't get clearance to move across the Elbe, so he ended up decamping ahead of the American troops he knew were coming. When two American tanks appeared on April 13th, the remaining guards escaped.

Frank W. Towers, a 1st Lieutenant of the 30th Infantry Division, reported that the stench when the locked cattle cars were opened "was almost unbearable, and many of the men had to rush away and vomit. We had heard of the cruel treatment which the Nazis had been handing out to Jews and political opponents of the Nazi regime, whom they had enslaved, but we thought it was propaganda and exaggerated. As we went along [in Germany] it became more apparent that this barbaric savagery was actually true." 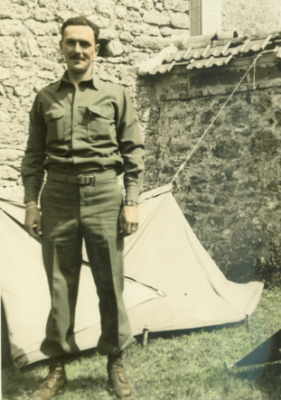 The troops that had found this train were racing to the Elbe because it was the last barrier to their advance across Germany, and now they had a totally unexpected burden of some twenty-five hundred prisoners to house and provide for. The answer was about nine miles to the west. American troops had just captured several hundred Germans at the Wehrmacht base and proving ground in Hillersleben where tests had been conducted for giant railway guns manufactured by Krupp. 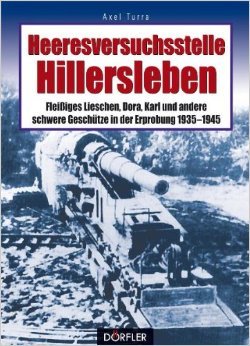 (One of the guns tested at Hillersleben)

It was an ironic place for Jews to be sheltered, cared for, and brought back to life. But then what place in Germany wouldn't have been an ironic location?

This verdant military setting with its clean, heated quarters for officers and soldiers was a virtual paradise for people who had been treated like animals for years. That's where my parents met and fell in love. My mother was in Hillersleben because she had escaped from a slave labor camp in Magdeburg and been brought there by American troops now using it as a temporary Displaced Persons camp.

She and my father had each lost everything in what would come to be called the Holocaust: home, families, countries. So there wasn't any time to play any pre-war games. "Do you like me?" he asked. She did, and as my father tersely put it years later, from that moment on "She was mine and I was hers." My mother moved in with him that night, beginning their fifty-four years together.

Frank Towers, who is 97, is the last surviving soldier who rescued the prisoners on that train, who saved my father from almost certain death and brought about his encounter with my mother. I've had the honor of meeting Frank and shaking his hand, and I've written about him in my memoir My Germany, but on this Veteran's Day, with the survivors of the Holocaust and their saviors dwindling faster and faster, it's more important than ever to thank him in public, and praise the memory of those other "train heroes" who are no longer alive. 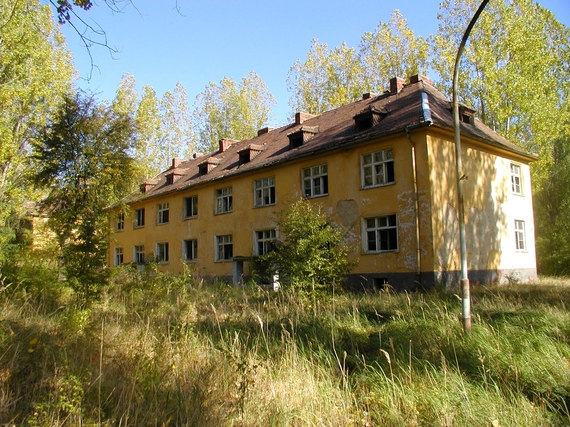 (One of the Hillersleben camp's abandoned buildings today.)

The account in this blog is excerpted from My Germany: A Jewish Writer Returns to the World His Parents Escaped.