Last month I had the opportunity to visit a mobile food pantry sponsored by Feeding America-member Food Bank of the Rockies. The pantry was located in a relatively affluent area a few miles outside of Denver. There were all kinds of people there, but one man stood out among the rest. Dressed in full naval officer gear, he quietly slid into line to pick up food. A few minutes later, I walked up to him to ask him to share his story. He was a full time Navy recruiter he said. Because of his position, he was hesitant to speak out about much more, but he did say he had four kids and a wife at home and despite working hard - he didn't make enough to support them without extra help.

The fact is, hunger doesn't discriminate. Working, sick, serving or retired, tough times can strike us all. According to Feeding America's Hunger in America 2014 study, the use of food assistance is widespread across America. Our organization serves more than 46 million people annually - including 12 million children and 7 million seniors. Among the people we serve are 620,000 households who have at least one member actively serving in the U.S. military - like the man I met in Colorado. Additionally, 20 percent of the households Feeding America serves have a member who is a veteran or has served in the U.S. military. 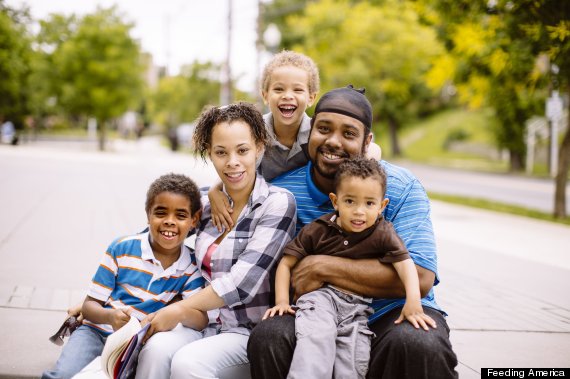 Veterans like Humberto (above), who was medically discharged after suffering service-related injuries in the army. Upon leaving the Army, he could not find steady work to support his family. For a year, Humberto, his wife and their three children lived in their car while he looked for work. 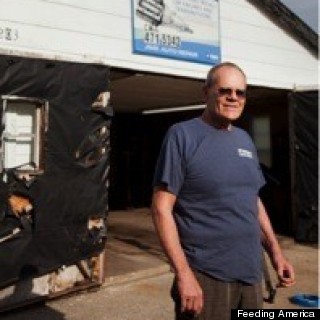 Or veterans like Jim (right), a senior who began his career in the Air Force. Jim was hospitalized for more than a year after his parachute failed to open during a routine skydive. His injuries forced him to leave the Air Force, so as a new career, he opened a mechanic shop. In 2008 when the economy fell, so did his business. Despite working hard his entire life, Jim, a 70 year-old veteran, was left without a single thing to eat. "I was hungry," he said. "So I swallowed my pride and went to my local food pantry."

Jim, Humberto and in the Navy recruiter in Colorado are just a handful of the many veterans or active-duty members of the military I have met during my time at Feeding America. They are a handful of the Americans who despite serving our country, still struggle to get by.
Veterans and members of the military help us in our nation's time of need. It's critical that we help them in theirs. They fought for our freedom. By providing them with food to feed their families, we are fighting for their future.

Learn more about how hunger impacts veterans and active-duty military families - and consequently how it impacts our nation - by reading Feeding America's Hunger in America 2014 summary. Everyone in America should have enough to eat. Help us make this a reality.