The divas (and divos) were out in full force Sunday night for the 2012 VH1 Divas concert.

The annual event took place in Los Angeles and played host to some of the brightest stars in Hollywood and the music industry, including Kelly Rowland, Ciara, Nene Leakes, Miley Cyrus and Ptibull, to name a few.

And with that much star power there's guaranteed to be plenty of fabulous fashion moments.

Ciara looked stunning in a black sequined Pamella Roland gown, which was our favorite look of the night, hands-down. The singer later performed a medley of Michael Jackson tunes in her signature sexy tomboy attire.

Kelly Rowland hit the red carpet in an emerald green gown (she got the memo) with a high slit perfect for Angelegging. Before hitting the stage, the 31-year-old singer changed into a cream-and-black bodysuit that showed off some seriously bootylicious curves that are usually seen on her bestie Beyonce.

The former "X Factor" UK judge was joined on stage by the evening's host, "American Idol" alum Adam Lambert, and songstress Keri Hilson for a body-moving tribute to the late Donna Summer.

And it goes without saying that Whitney Houston was also honored during the musical event. Jordin Sparks, Melanie Fiona and Ledisi honored the legendary singer, who passed away in February, with a dazzling performance of some of her biggest hits.

Jordin, dressed in a rhinestoned bodice gown, sang “I’m Every Woman” to kick things off; Melanie followed up with “I Wanna Dance With Somebody” and “It’s Not Right, But It’s Okay;” and Ledisi sang “How Will I Know" with all the ladies joining in at the end.

Check out all the amazing style and star-studded fun in the slideshow below. 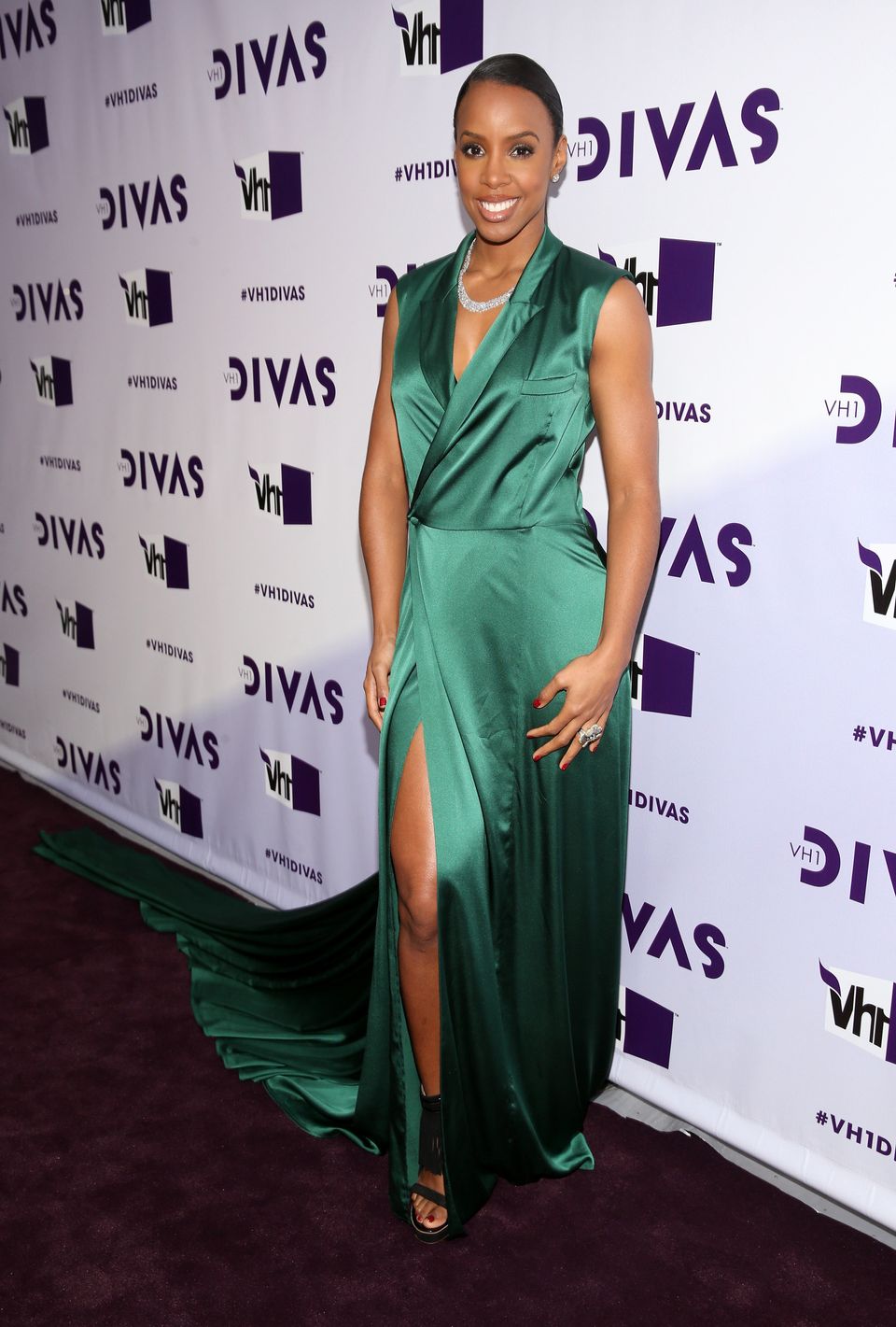