Finnish mobile phone developer Nokia has filed for a patent on a magnetic, vibrating tattoo or badge that alerts users when their phones are ringing.

According to the official patent filing, the apparatus would be able to detect a magnetic field and transfer a "perceivable stimulus" to users. The device could notify people about an incoming call, text or dead battery.

The Wall Street Journal obtained a copy of the patent application, which lists four inventors and a file date of Sept. 13, 2011.

The device could take different forms, including a visible tattoo, label or badge, that could be set to emit different vibration patterns -- much like customized ringtones -- to distinguish between different callers, according to the report.

Check out two possible designs (below). 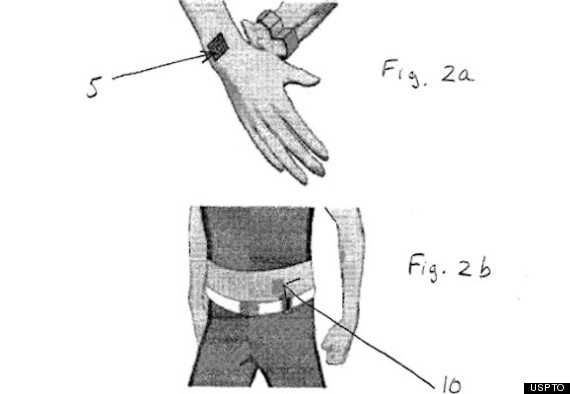 But for some, the prospect of getting inked in the name of technology is a bit too sci-fi for comfort.

Vlad Bobleanta, a writer for Unwired View, acknowledged Nokia's vibrating tattoo could be functional in certain situations, but said the device definitely "plung[es] into creepy territory."

And as Information Week's Eric Zeman observes: Just "think of all the places in which vibrating skin would be inappropriate or distracting in an impolite or even dangerous way."

No word yet on the potential health risks of the proposed device.

In a work-obsessed era where people are addicted to their BlackBerrys and iPhones, would a permanent tattoo make it too difficult to "unplug"? Leave your thoughts in the comments below. 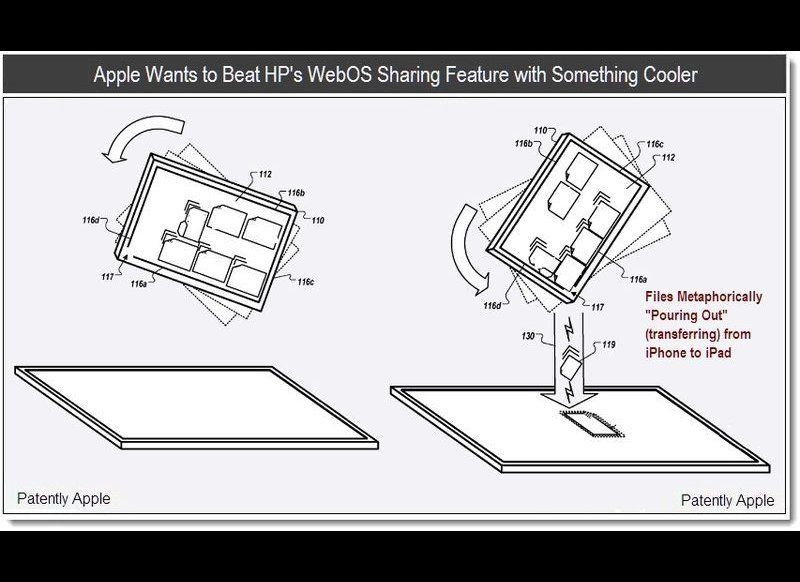 1 / 9
'Pouring' File Transfer
The HP TouchPad's "<a href="http://www.youtube.com/watch?v=OqSm-pusG-g" target="_hplink">touch to share</a>" feature has nothing on this futuristic Apple patent, which illustrates Apple devices emmulating natural, real-world gestures. In the illustrated example above, an iPhone is tilted over an iPad in order to share files, the way you would do if you were "pouring" the data from one device into the other. <strong>Filed: <a href="http://www.freepatentsonline.com/y2011/0163944.html" target="_hplink">2010</a></strong> Source: <a href="http://www.patentlyapple.com/patently-apple/2011/07/apple-wants-to-beat-hps-webos-sharing-feature-with-something-cooler.html" target="_hplink">Patently Apple</a>
Patently Apple