Eating raw oysters in the summertime is always risky; aqueous pathogens peak when the ocean is warm, which is part of why folk wisdom suggests one should only eat raw shellfish in months with an "R" in the name. But this summer's been riskier than ever.

Over the past few weeks, public health officials in Connecticut, Massachusetts and Washington state have reported that about twice as many people this year have contracted the food-borne illness vibriosis after eating raw oysters and clams as do in a typical summer. Lab tests have confirmed 113 illnesses across those three states (as of the middle of August), or about double the 55 cases of previous years, according to public health reports.

Vibriosis refers to two different food-borne illnesses caused by bacteria in the vibrio family, Vibrio vulnificus and Vibrio parahaemolyticus, which can lead to septicemia and severe gastrointestinal distress, respectively. Parahaemolyticus is more common but less severe of the two, according to a government food safety website.

Moreover, these confirmed illnesses likely represent a small fraction of the total impact of the disease, according to Dr. Jeff Duchin, Chief of Communicable Disease for Public Health–Seattle & King County in Washington state. "This is probably the tip of the iceberg," he said in a press release. "For every case that is reported, an estimated 142 additional cases go unreported."

Authorities in Connecticut and Massachusetts have responded by shutting down some of the most active commercial oyster beds in their states until further notice. Important beds in Virginia, New York and Jersey were shuttered as well. Limited recalls have also been announced for potentially tainted oysters raised in Connecticut and Washington.

Vibriosis has traditionally been more closely linked to oysters raised in the balmy Gulf of Mexico, rather than the frigid waters of the Pacific Northwest and New England. Indeed, 2013 is the first year in which oysters from Connecticut have been conclusively linked with an outbreak of vibriosis.

As such, this recent news may be a sign that climate change is pushing the disease northward, as scientists have long believed it could.

Those who are committed to eating oysters throughout the year can cook their bivalves to reduce their risk of vibriosis. 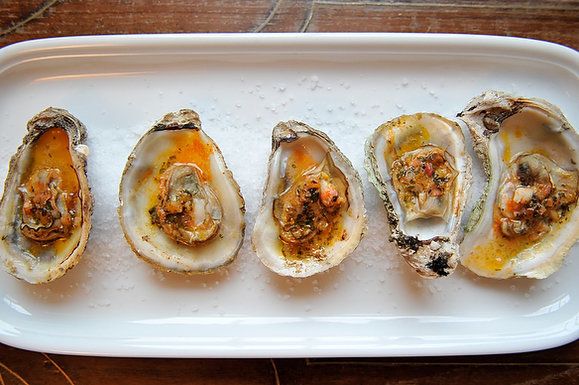