Ex-president Vicente Fox says Mexico should legalize marijuana to steal business back from violent drug cartels -- and when it's legal, he's in (as a grower).

"Once it is legitimate and legal, of course, I do some farming. I can do it myself," the conservative former leader said from his ranch in San Francisco del Rincon.

Fox, a former Coca-Cola executive who was president from 2000-2006, surprised many when he was among early voices in Mexico calling for illegal drugs to be legalized, seeing it as the only way to break the cycle of violent crime.

"Mexico should become an authorized producer, and export marijuana to places where it is already legal," argued Fox, who is part of a group of former Latin American leaders pushing for drug legalization opposed by the United States.

More than 70,000 people were killed in six years of drug-related violence after ex-president Felipe Calderon launched an all-out war against the nation's drug gangs upon taking office in December 2006, according to government data.

"This country's incredibly serious problem -- violence, crime and drugs -- can be solved by legalizing drugs. Trying to solve it with repression or violence just fosters more violence," Fox said. 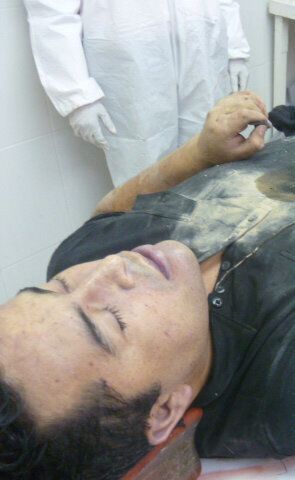