Levity Tomkinson is a Kentucky artist and dog lover who's about a fifth of the way through painting every single one of the 51 dogs seized from Michael Vick's dog fighting operation in 2007.

"One of my main goals is to represent pit bulls as the dogs that I, and many others, know them to be –- loving, humorous, intelligent, forgiving and triumphant," she says, of The Re51lient Project. "These dogs show us the potential that we all have and provide a palpable inspiration and hope that we can change our lives."

Tomkinson's career as a dog portraitist also has some serendipity to it, which is perhaps not a surprise considering that she was named for a license plate.

"While my mom was pregnant with me, she was flipping through a Sports Illustrated magazine and they had some famous Frisbee thrower advertising a car. On the license plate it said 'LEVITY' and the rest is history!" she says. 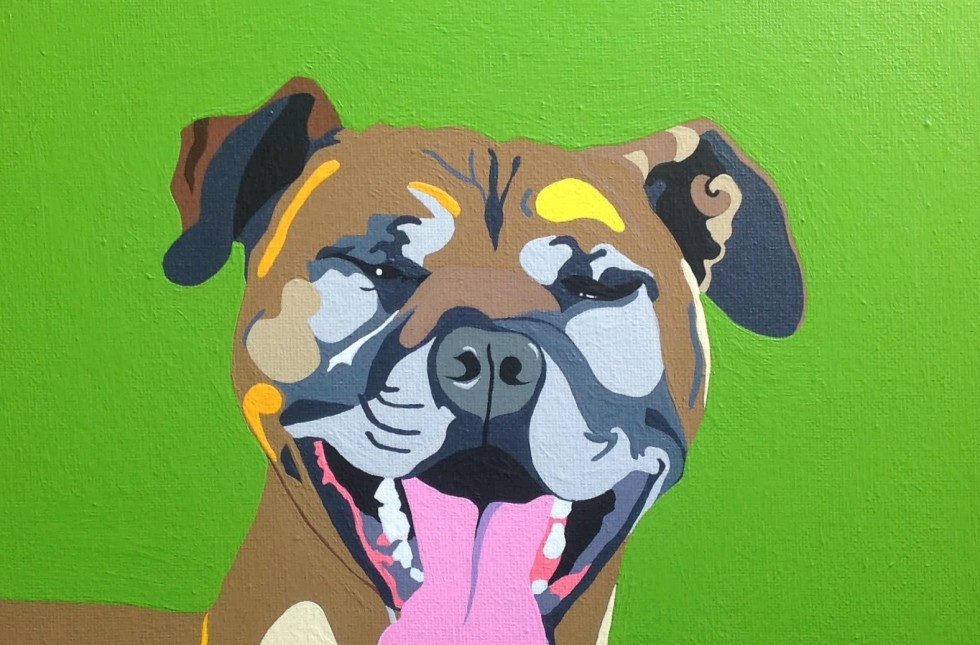 Ray was adopted on Valentine's Day in 2014. Credit: Levity Tomkinson

In the summer of 2010, as a new college graduate with no good job leads, she began painting her own dog, a pit bull mix named Rinlee. This led to some commissions, which in time led to seeking out places to advertise her services.

Two years later, in the course of looking for dog publications in which to promote her pet art, Tomkinson happened upon a magazine article about the Vick dogs -- at the time of their rescue, some groups like PETA and the Humane Society argued that the dogs couldn't be rehabilitated and should be put down, but this article showed how many had become loving family dogs. And "it was in that second that the idea for Re51lient came rushing to me all at once," she says.

"I thought of the idea during a time in my life that was really unpleasant, where I was trying to find meaning and happiness and purpose again, and these dogs were absolutely a part of my healing process," says Tomkinson. "They inspired me to be positive, to smile and look at the world and appreciate all different kinds of beauty and to let go of unhealthy emotions. I am forever indebted and grateful to these dogs for changing my life."

Tomkinson certainly isn't the only person to be inspired by what became of the Vick dogs. Stories and photos of some of the dogs' happy endings have been shared over and over in the years since the dogs were taken from the quarterback's infamous Bad Newz Kennels.

Eleven dogs into the project, Tomkinson -- whose blog shows sketches, completed paintings and notes from each of the portraits, which she's hoping eventually to turn into a book -- says she's not just going to tell the stories of the Vick dogs who were adopted. She's also going to paint those dogs who will by court order live out their lives at an animal sanctuary, those who have died at the end of their natural lives and the few who were euthanized. 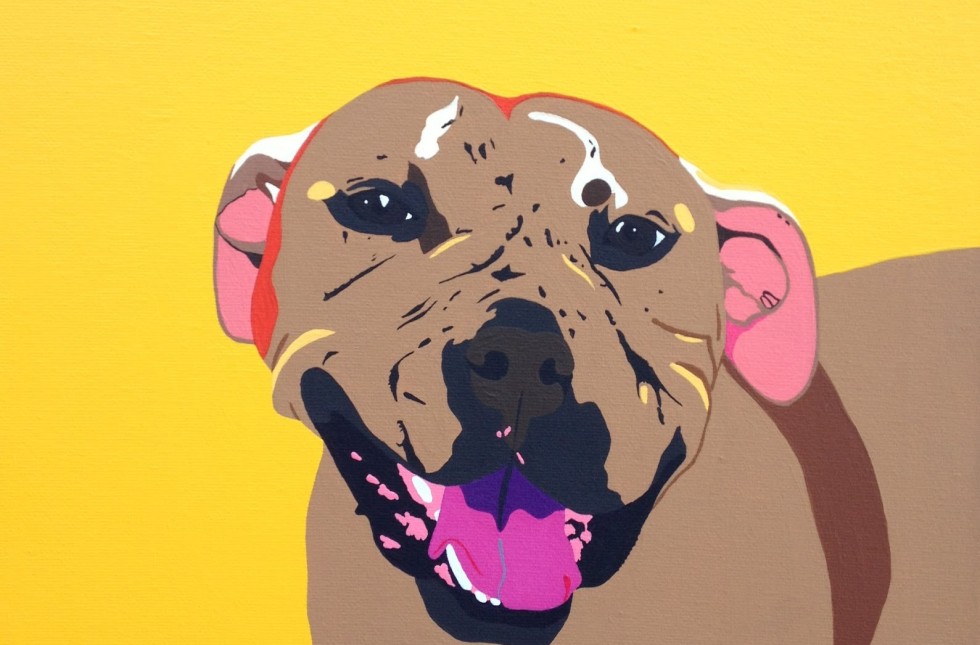 Lucas was said to be Vick's champion fighting dog; after Vick's trial, the court ordered that he be released to the no-kill sanctuary Best Friends Animal Society, and never be adopted. Lucas was much-loved at Best Friends; he was described as "the most social and well-behaved" of the 22 Vick dogs who came to live at the sanctuary before his death in June, 2013. Credit: Levity Tomkinson

"Every single dog has importance and a story to tell, something to teach us, and either their passing or not being adopted doesn't lessen their message or them," she says. "If Re51lient can empower one person to choose positivity over negativity, triumph over fear, allow them to let go of past hurt or add one more pit bull lover to this world, then my heart is happy. "