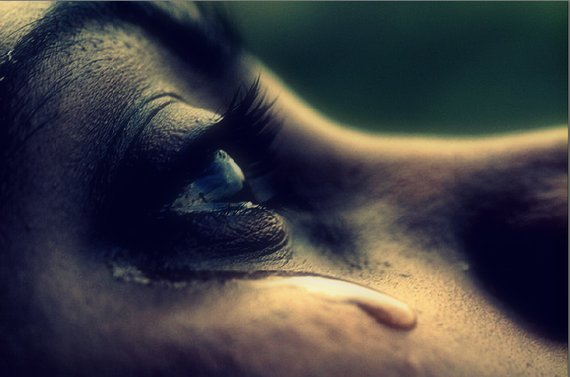 According to a United Nations' survey of crime trends in 2008, the rape rate in my country, Cameroon, was 2.4 women per 100,000 citizens. Sadly, these numbers don't reflect the reality of how many women and girls actually get raped in Cameroon. There's a stigma against talking about this issue, and according to Beatrice Ndoping, a researcher at the Bamenda Women's Empowerment Center, underreporting is an enormous problem.

Dr. Jean Pierre Koubitim, who works at the St. Padre Pio Hospital in Douala, agrees. Rapes, he says, with victims ranging from children to adults, happens daily in his city, although "because of underreporting, the hospital receives just 15 to 20 reports of sexual violence per year, mostly of attempted rape."

Sociologist François Guebou said that when a girl or woman is raped, "Families prefer an amicable arrangement to preserve their image. Bringing the problem into the public domain is confused in an African context as an attempt to attack the reputation of the family."

Despite the impossibility of knowing how many women are actually raped, I still take it seriously when I read rape statistics reporting that 12 percent of victims raped in Cameroon are less than 10 years old. As a teen girl, this is terrifying, and it makes me wonder: what could a grown man possibly be looking for in a young girl? Children ought to be protected, not targeted. Yet how can we protect girls if their security is deemed less important than the reputation of their families? And if they are raped, how can we support them if they're forced into silence and not allowed to report their rapists to authorities?

Studies show that many rape survivors know their rapists, and in 18 percent of cases, it is even even uncles, fathers, and brothers who are doing the raping.

Recently I read about a case in Cameroon of a father who called his daughter into his room under the pretext of wanting her to pick up his dirty clothes for washing, and then he raped her. She was finally saved by the neighbors who heard her screams and came to her aid. When the father was asked why he raped his daughter, he responded: "I cannot give away my pot of soup without tasting it."

And then there's the story of Marie M., a 14-year-old just a year older than me, who allegedly was raped repeatedly by her father over a three-year period. Unable to get the help she needed, she finally ran away from home.

Similar to how it is in in Indonesia, Denmark, Venezuela, and Russia, Cameroon has policies that can force a survivor to marry her rapist.

Yes, you have read correctly: girls in my society are punished for being raped. Some of them are forced into marriage or they must make the difficult choice of staying home to be raped by their fathers or leaving home to face the dangers of living on the streets.

In cases like this, what are we girls supposed to do? Trust no one, not even our own fathers? Society tells girls to take care of themselves and not get raped, but it doesn't teach men and boys to not be rapists. In my view, this is despicable. We must educate and mobilize the boys and men.

In Cameroonian society, men are trained to feel superior to women. Being born with male privilege teaches them that they deserve attention from women. When their efforts are spurned or met with resistance, they sometimes decide to take revenge by raping young, powerless, teenage girls. Sadly, it is often the girls, and not the men, who are blamed for these rapes. This really baffles me.

Recently, I was watching an incident on the Pidgin English news in one of the local TV stations in Cameroon, in which a teenage girl -- in tears -- recounted her rape. I expected some sort of consolation from the journalist -- or at least some level of empathy -- but instead, to my amazement, he simply asked the teen: "what were you wearing," and, "how were you moving?"

Seeing this on the news, I saw clearly that the media plays a huge part in victim-blaming rape survivors. The reporter asking the questions had it all wrong: an outfit doesn't rape, a man does.

Sometimes, even well-intentioned parents are a part of the problem. On my way to school one day, I heard a mother tell her daughter: "If they rape you because of that thing you are wearing, you will cease to be my daughter."

I wondered what the views of girls my own age might be, so I spoke to some students at my school about how they feel about girls who have been raped. For every three teenagers I spoke with, two said they wouldn't want to mingle with a rape victim. In my view, it is horrifying that girls are so thoroughly blinded by our society that they are unable to differentiate the real criminals from the innocent survivors of crimes. This is, I'm sure, a part of the reason why when women and girls dare to bravely report rape, they are most often ignored. And it's also why we allow 13-year-old girls to marry much, much older men.

I believe that denigrating and stigmatizing rape survivors needs to stop. After the pain and trauma they go through, all they really need is love, care, and support from our society. If not, they might be ostracized and be forced to resort to things like prostitution.

Nji Schneider Remi Adams is a 13-years-old student and she studies sciences in Bamenda, Cameroon. She would like to write about feminism and the lessons we can learn from great people of the past. Schneider is a student of The Advice Project's Media and Writing Program in Bamenda.