Students at Santa Fe High School in Texas spent Friday morning in fear as a gunman killed 10 people and injured 13 others at their school.

Law enforcement officials took a male suspect into custody later Friday ― a 17-year old believed to be a student at the school.

The tragedy marked the 16th school shooting in 2018, according to a count by The Washington Post. It was also the 10th since the February massacre at Marjory Stoneman Douglas High School in Parkland, Florida, which left 17 dead and sparked a nationwide conversation about gun violence in America.

“Santa Fe High, you didn’t deserve this. You deserve peace all your lives, not just after a tombstone saying that is put over you. You deserve more than Thoughts and Prayers, and after supporting us by walking out we will be there to support you by raising up your voices,” tweeted Emma González, a survivor of the Parkland shooting.

Sabika Sheikh was a YES program exchange student from Pakistan. The program’s manager, Megan Lysaght, confirmed her death via email to all of the YES program participants.

This is Sabika, she’s a friend of ours and she’s an exchange student from Pakistan. Today, she was killed in the school shooting of Santa Fe, Texas. I never took this personally but now I’m devastated and I think something should be done. This could be any of us. pic.twitter.com/raJ2KurL27

Cynthia Tisdale was a substitute teacher at Santa Fe High School. Her brother-in-law, John Tisdale, confirmed her death in a Facebook post on Friday evening, saying she had been teaching an art class when the shooting began.

“Cynthia planned on one day retiring and being a full-time grandmother. It will never happen,” he wrote. She is survived by her husband, the Rev. William Recie Tisdale, and four children, he said.

Chris Stone, 17, was missing for much of Friday while his friends and family frantically called him and checked local hospitals to see if he was among the injured. Multiple outlets confirmed his death on Friday evening.

Photos the teen’s family released showed him smiling as he got ready for the high school prom just a week before he was killed.

A tough update to bring you. @abc13houston has learned Chris Stone was one of the students killed at Santa Fe High School. His family shared these photos of him taken just the other week. He was a junior that was in art class this morning. pic.twitter.com/YV4JdeTniH

The family of student Angelique Ramirez confirmed to CBS-affiliate KHOU that she was killed in the shooting.

Araceli Ramirez, who identified Angelique as her “baby sister” in a Facebook post, wrote: “You deserved so much, you had so much planned for yourself and they took that away from you.”

Family confirms this is Angelique Ramirez, one of several people killed in the shooting at Santa Fe High School. 💔#khou11 pic.twitter.com/CygzlKFN2k

Shana Fisher’s aunt Candi Thurman confirmed on Twitter her niece didn’t survive the shooting. In a tweet earlier Friday, Thurman ― also a student at the school ― said Fisher was in an art class when the gunman opened fire, shooting her in the leg.

“Its hard to believe one of the sweetest kids you would ever meet had a punk kill her,” Tammy Fisher Whalen, who also identifies as Fisher’s aunt on Facebook, wrote in a post. “Shana i love you sweet girl ..im sorry we couldnt help you.”

The family of Kyle McLeod, a student at Santa Fe High School, confirmed to ABC News that the young man was killed during the shooting.

Kim Vaughn’s mother, Rhonda Hart, said in a Facebook post earlier Friday that her daughter was in first-period art class at the time of the shooting. Her family later confirmed to ABC News that she had died.

“Folks―call your damn senators. Call your congressmen,” Hart wrote. “We need GUN CONTROL. WE NEED TO PROTECT OUR KIDS.”

Jared Black had just turned 17 the week he was killed. His birthday party had been planned for Saturday, but now his parents must make arrangements for his funeral.

Family friend Elizabeth McGinnis has set up a GoFundMe page to cover the cost of his family to fly to Texas.

“Our hearts are so sad for them,” McGinnis said on the page. “I was there when they heard the news. Such a rough day for all. Bobby, Jared’s Dad, sat in misery for 13 hours not knowing if he was one of the victims.”

Substitute teacher Ann Perkins was one of two adults killed in the shooting. She was often affectionately referred to as “Grandma Perkins,” CBS Dallas-Fort Worth reported.

“Ashley’s mom, Ms. Ann, has passed away as a result of today’s tragic events,” the post said. “She was an amazing mom and an adored substitute who was loved by all.”

Ann Perkins was a beloved teacher, family friend, & woman. She enjoyed spending time with her children, grandchildren, & students. She lived an impeccable life filled with traveling, love, family, & a bit of champagne. Rest easy our beautiful nurturing angel. I love you. 💛☀️ pic.twitter.com/E4F1ss1hQb

His cousin, Ashley Fonseca, 21, told the publication they had been making plans to go to Six Flags together this summer.

“He has grown up in our church, I baptized him many yrs ago,” the post said. “I just left his wonderful, loving family and extended all of the prayers and love for them from our Church.” 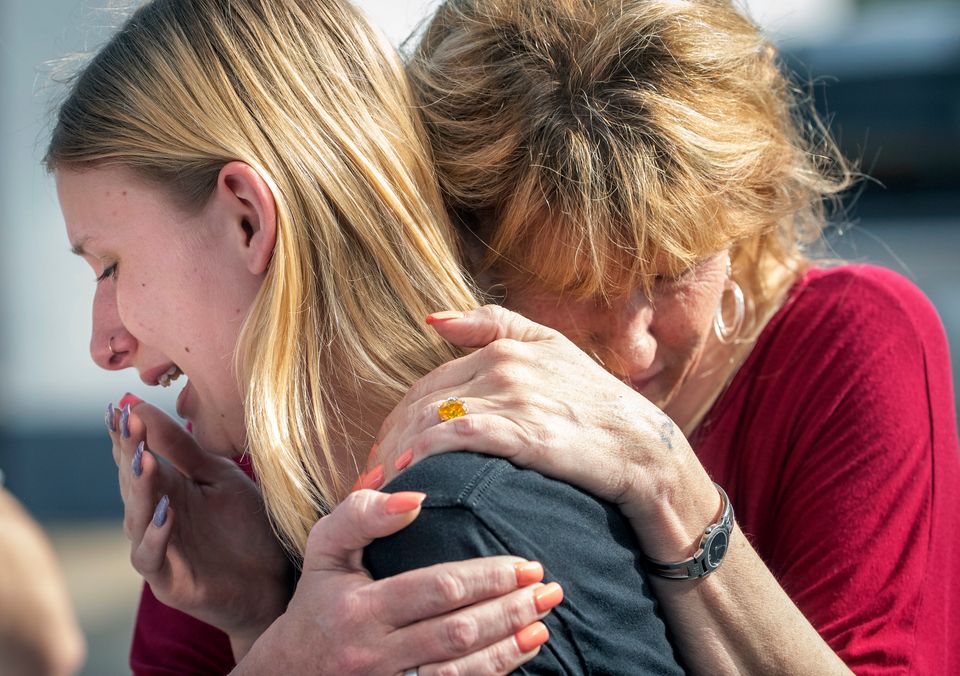