Days after discovering luxurious saunas and an exotic zoo at the presidential palace, Ukrainians found another startling display of the former regime's excesses on Monday, when opposition activists took over the mansion of former Prosecutor General Victor Pshonka outside Kiev.

The Guardian reports that amongst hundreds of gold ornaments at his mansion, Ukrainians found the prosecutor's signature rendered in diamonds and paintings depicting the official as a Roman Emperor and Napoleon Bonaparte. Pshonka's house, which was brimming with ornate art and antiques, echoed the sense that Ukrainian president Yanukovych and his cronies had lost their grasp on reality while in power.

“We’d all like to live like this ourselves. At least for several days,” one stunned Ukrainian commented to Euronews, which reports that the Pshonka mansion is now under the lock and guard of far-right group Pravy Sektor.

Ukrainian TV crews were given access to the mansion and broadcast footage of stunning opulence.

Another cameraman posted a video tour of some of the most decadent rooms in the Pshonka villa.

After Victor Yanukovych fled the presidential palace in Ukraine's Kiev on Saturday, protesters discovered an astonishing display of wealth and hubris on display in the compound, including a private zoo and golf course.

Like the deposed president, former Prosecutor General Pshonka is also wanted by authorities for a criminal case into the killing of protesters during Ukraine's uprising, Interfax reports.

Both remain on the run. Agence France Presse notes that the former prosecutor general was stopped at a Ukrainian airport trying to leave the country on Saturday, but got away when his bodyguards shot at border officials. 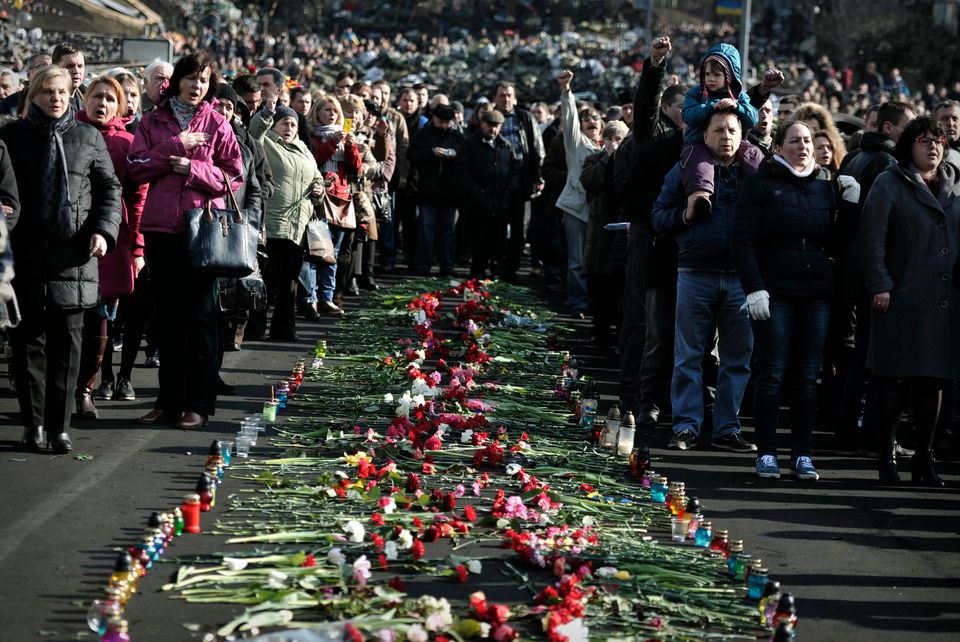 1 / 21
Ukrainians sing their national anthem by a huge line of flowers and candles leading to the barricades in central Kiev on February 24, 2014. (LOUISA GOULIAMAKI/AFP/Getty Images)
Getty Images