Implants must be going out of style.

Victoria Beckham admitted in a recent interview that she used to have breast implants, but has since had them removed. The Spice Girl–turned–fashion icon's confession came as part of her Allure cover story in the magazine's March issue.

According to Allure, Beckham was looking through old photos when she stopped at one in which she was baring a significant amount of cleavage and explained, "I don't have those anymore."

"I think I may have purchased them," she hinted, indicating that she had breast implants in the photograph.

Asked what happened to her bust, the star explained that she has had them removed, and not because of any pain. 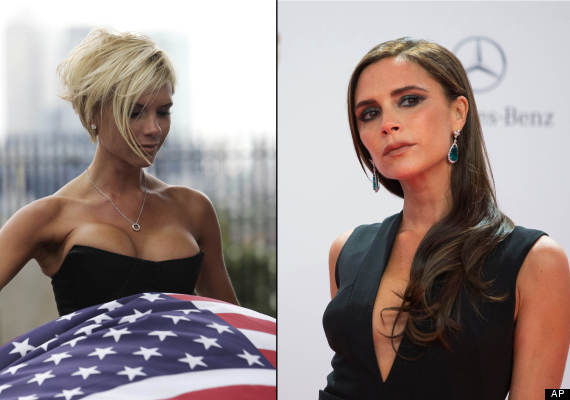 Her changing cup size has always been a point of inquiry among her fans, with rumors flying at various points throughout Beckham's career that her chest had either grown or shrunken. However, this is one of the first times that the 39–year–old has admitted to the transformations.

For more from Victoria Beckham's cover story, pick up the March issue of Allure.