Victoria Beckham planted a big smooch on her son, Brooklyn, on the red carpet Tuesday night, making for a major "aww" moment.

Victoria posed affectionately with the 14-year-old boy at the Harper's Bazaar Women of the Year Awards at London's Claridge's Hotel on Nov. 5. Brooklyn was his mama's date for the night and looked all grown up in a fitted suit and skinny tie.

The teen didn't seem a bit embarrassed by his mother's adoration as they smiled for photographs.

She later tweeted about how proud she is of her eldest child, writing: "Special evening with my family celebrating women at the @BazaarUK awards in London. I'm so proud of Brooklyn x vb."

The 39-year-old designer, who opted for a slinky black dress for the night, took home the Special Contribution to British Fashion Award, according to E! News. Other celebs in attendance included Rita Ora, Jourdan Dunn, Natalia Vodianova, Cate Blanchett and Gillian Anderson. 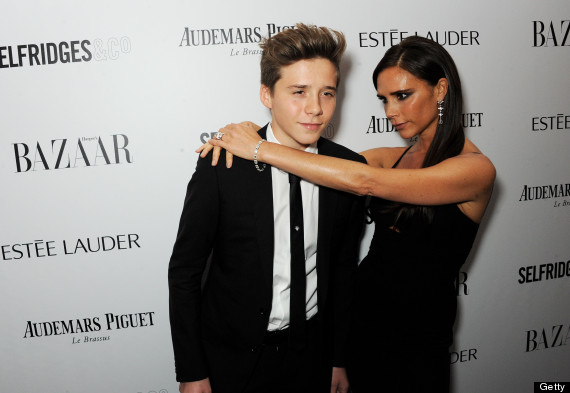 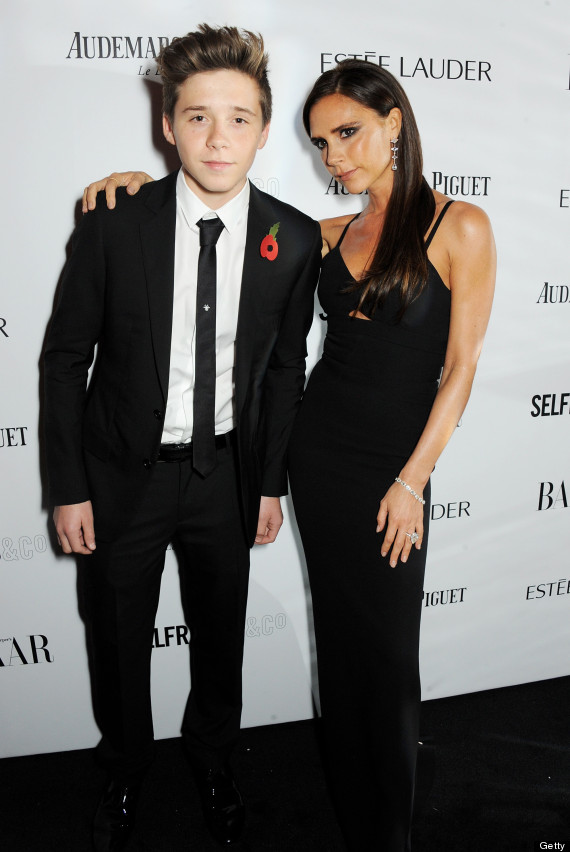 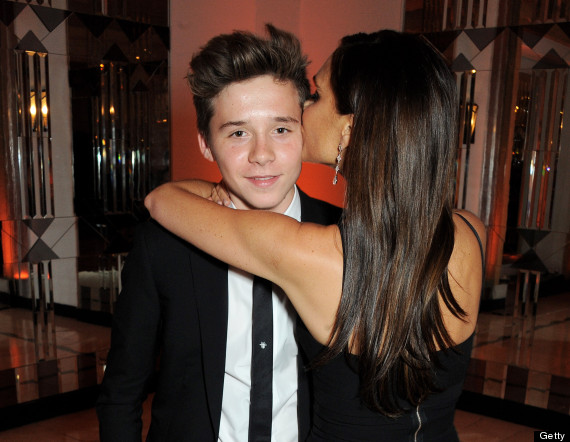 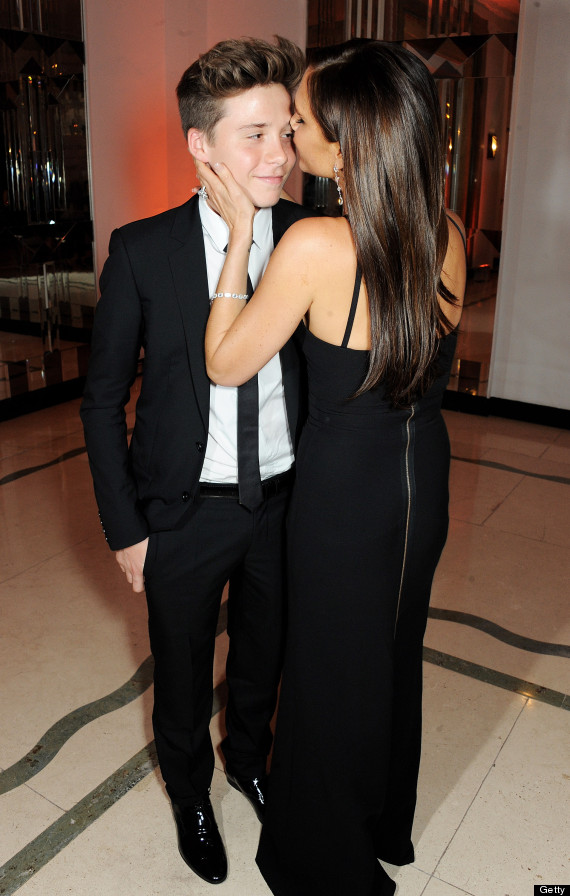