Kim Sears, girlfriend of Wimbledon winner Andy Murray, wore Victoria, Victoria Beckham to the biggest tennis match of the season. Turns out her dress' designer was in attendance, too -- outfitted in an entirely different sartorial direction.

Victoria Beckham wore a black lace Louis Vuitton dress to take in the action, a short, strappy look that was vintage Posh, right down to the gold cross necklace. Seriously, we're getting flashbacks to the singer's doll days.

Some say the nightgown-esque dress was "too sexy" to wear as a tennis spectator... to which we say, maybe tennis fashion should be a little spicier. How else are those of us uninterested in sports supposed to entertain ourselves courtside?

Take a look at Victoria's dress below. What do you think? 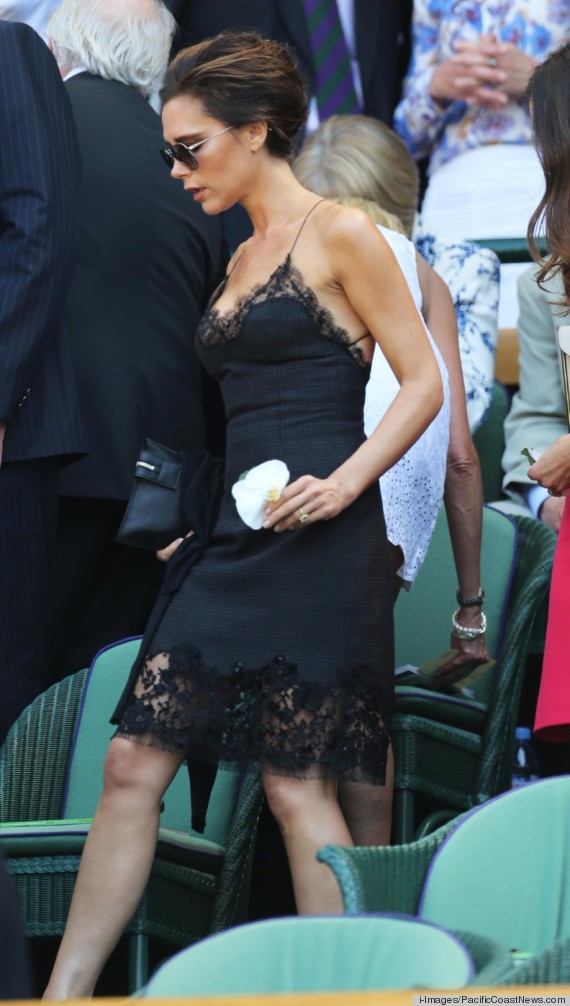 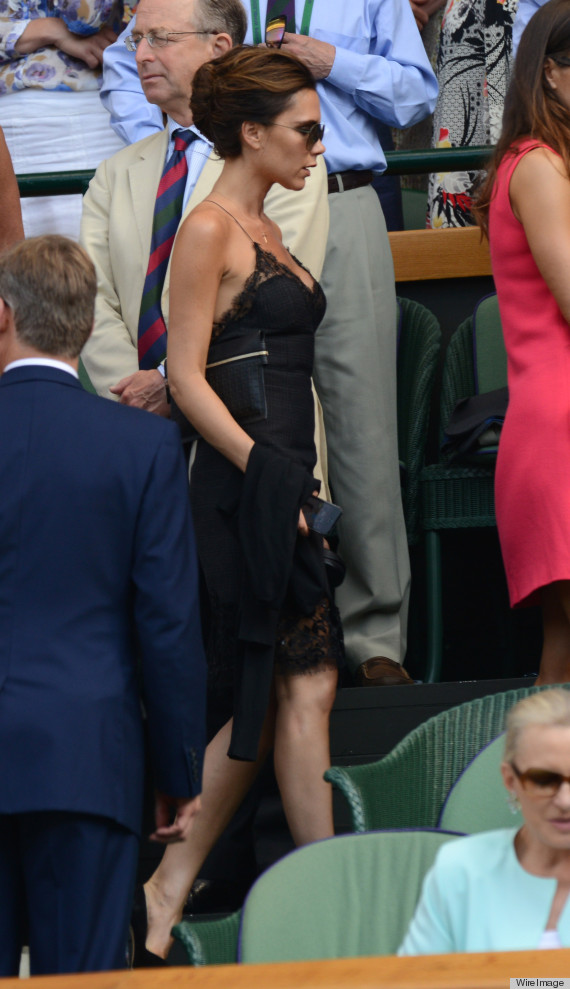 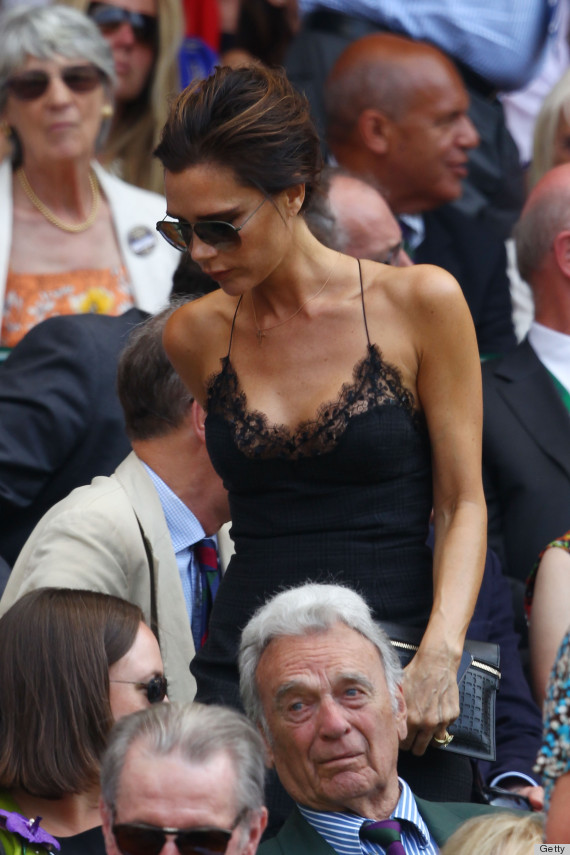