Some of the most beautiful women in the world hit the Victoria's Secret glittery runway yesterday for the company's annual fantasy lingerie show. There were diamond studded bras, neon light wings and enough Swarovski Elements crystals to bedazzle the Empire State Building. But it was the surprise performance by Jay-Z that really ignited the crowd.

The show was already a guaranteed must-see with Kanye West, Nicki Minaj and Maroon 5 performing — but Jay-Z pushed the star power to a whole new level.

Wearing one of the new Versace for H&M jackets, West hit the runway first to perform during the "Super Angels" themed part of the show. The rapper was originally slated to perform at the fashion show in 2007, but cancelled due to his mother's untimely death. West performed the song "Stronger," which he was supposed to do four years ago and dedicated it to his mother.

"I lost my superhero, and now she's my super angel," West said before launching into the song.

But the party really got started when West invited his "older brother" aka Jay-Z to perform a song off of their new collaboration album "Watch The Throne." The audience screamed and jumped to their feet as the duo performed "Niggas In Paris," which was respectfully changed to "Homies In Paris" since the show will be aired on national television.

Minaj, decked out in her usual cartoonish attire, performed her hit song "Super Bass." And Maroon 5 played their hip-shaking tune "Moves Like Jagger." Frontman Adam Levine had some moves of his own as he accompanied his girlfriend Anne Vyalitsyna down the catwalk and kissed her on the cheek. Sweet!

There were of course a ton of celebrities on hand to catch the show. Lala Vazquez, Tyson Beckford, Maxwell, Cuba Gooding Jr. and Russell Simmons just to name a few.

Here's a look at the super sexy show! 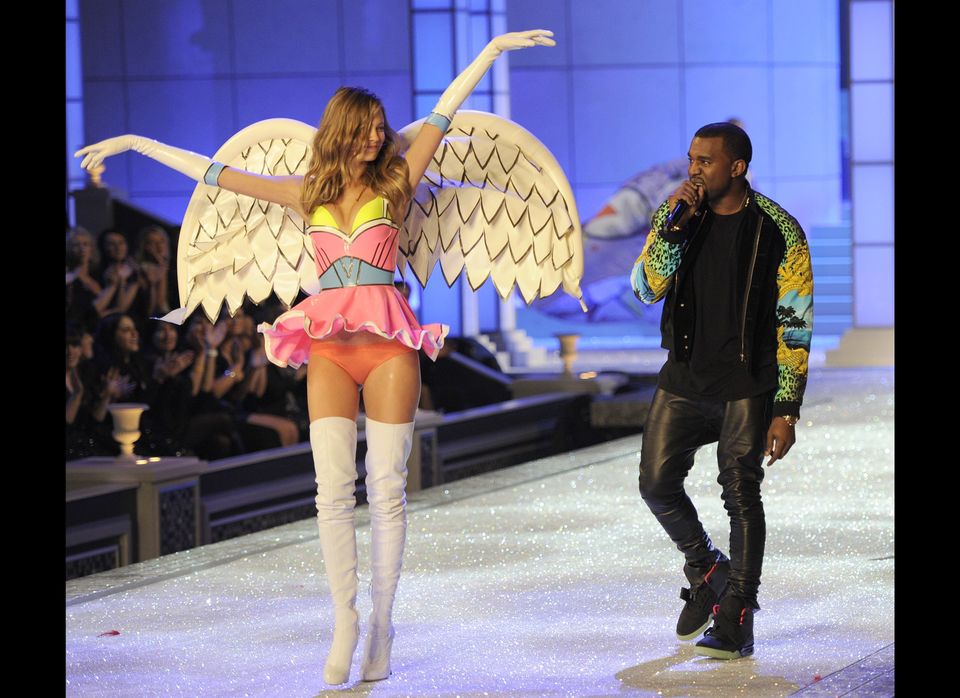