Victoria's Secret's troubles are usually limited to Photoshop fails, of which they've committed many. But the lingerie retailer has hit a snag of a different kind, offending customers with a misguided new product: the "Sexy Little Geisha" outfit.

Part of Victoria's Secret "Go East" collection, the "Sexy Little Geisha" outfit consists of a mesh teddy with "Eastern-inspired" floral print fabric on the bra cups and crotch, plus a coordinating (and removable!) obi belt. The matching fan and chopsticks, which South African model Candice Swanepoel sports in the product shot, are included. The entire get-up, the website writes, is "your ticket to an exotic adventure."

The negative reactions began several weeks ago. On Racialicious, Nina Jacinto took Victoria's Secret to task for essentializing Asian identity and reducing "Eastern" culture to a stereotype of exotic sexuality. "It’s a narrative that says the culture can be completely stripped of its realness in order to fulfill our fantasies of a safe and non-threatening, mysterious East," she argues. Done at the corporate level, "it’s a troubling attempt to sidestep authentic representation and humanization of a culture and opt instead for racialized fetishizing against Asian women."

The Frisky concurred: "Considering the complicated history of geishas, repurposing the [geisha] 'look' for a major corporation to sell as role-playing lingerie seems a bit tasteless."

Victoria's Secret has responded to the protests, if only tacitly: type in the URL for the Sexy Little Geisha product page and it redirects you to VictoriasSecret.com. In fact all the product pages for the "Go East" collection, including the Printed Chiffon Robe we highlighted last month, now simply redirect to the Victoria's Secret homepage.

Removing the products will probably appease critics... as long as Victoria's Secret avoids similar missteps. Otherwise they could be the next Urban Outfitters with a reputation for offending various religious, racial and ethnic groups at every turn.

Do you find the "Sexy Little Geisha" offensive or totally innocuous? 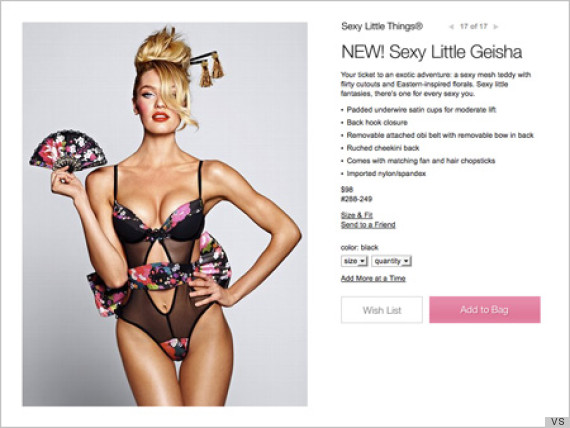 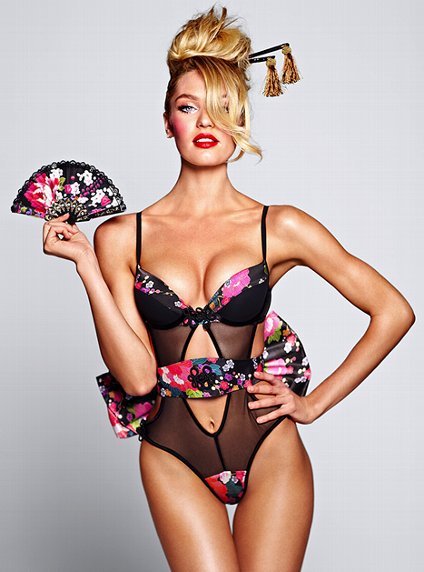