Our recent national focus on excessive police force shows us that videos have real power. Video can show what actually happened in vivid detail. Video can support or refute a story. Video can demonstrate the severity of an action in a way incomprehensible through words.

In contrast, simply reading how a police officer threw a 14-year-old girl in a bathing suit to the ground or dragged a student from her desk across a classroom -- to cite just two of far too many notorious recent incidents of excessive police force -- pales in comparison to actually seeing it.

These videos are important to, and perhaps even necessary for, real change. But we must remember in the ever-growing conversation about body cameras and cell phone recordings that images alone do not bring about change. They can show us injustice, but they cannot speak out about it. Only people can do that. We need courageous people to stand up and speak out. We need people to give these images life and meaning.

Few stories illustrate this better than the March 2014 police beating of Mary Holmes in Boston. 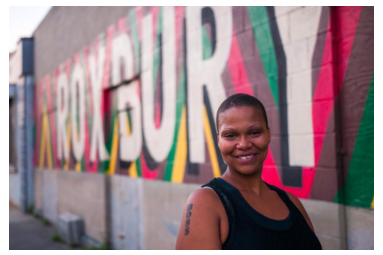 Ms. Holmes was at a bus station in Boston's Roxbury neighborhood when she saw Transit Police Officer Jennifer Garvey scream at and shove a Black woman. The situation worried Ms. Holmes, so she tried to calm the woman and asked Garvey to stop being so aggressive. When that didn't work, Ms. Holmes called 9-1-1 for help. In response Garvey and her partner, Officer Alfred Trinh, pepper-sprayed Ms. Holmes in the face, beat her with a metal baton, and arrested her, handcuffing her hands behind her back while tackling her to the pavement. 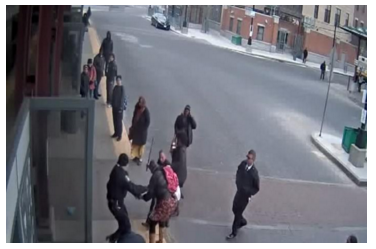 The eyes of the cameras saw Ms. Holmes being held, beaten, and pepper-sprayed. The ears of the corresponding 9-1-1 recording heard her pleas for help. All of this became available as soon as the incident occurred, and you can watch and listen to the recordings yourself. But these recordings could not combat injustice on their own, as Ms. Holmes -- not the officers who assaulted her -- initially faced criminal charges for assault & battery, disorderly conduct and resisting arrest, while the Transit Police Department cleared its officers of all wrongdoing in its first investigation.

Mary's voice did what the videos could not do on their own. Ms. Holmes's mother taught her to care about her neighbors and her community, telling her, "When you see something wrong, you need to say something!" And that is exactly what she did.

Mary Holmes fought her criminal charges. She filed a civil rights lawsuit against the officers. Ms. Holmes's personal courage transformed the videos of the attack she suffered into effective tools to clear her name and put the focus rightly on the conduct of the officers. Her strength and determination show the power of people to challenge injustices in our institutions, our culture, and our society. They demonstrate what a responsible community member can accomplish.

On Wednesday, Jan. 13, 2016, former officer Jennifer Garvey was arraigned on five criminal charges related to the March 2014 beating of Mary Holmes. Others still need to be held accountable, including former officer Garvey's partner, but it is a start.

Jessie Rossman and Carl Williams are staff attorneys with the ACLU of Massachusetts. To learn more about Mary Holmes's case, go to: https://aclum.org/cases-briefs/holmes-v-garvey/