"To me, photography is an art of observation. It's about finding something interesting in an ordinary place... I've found it has little to do with the things you see and everything to do with the way you see them." Elliott Erwitt

Photography is everywhere. With the rise of mobile devices, we are used to carrying powerful cameras literally in our pockets, at any time, anywhere - and so we take pictures. It's hard to recall the time when taking a photo was limited to special occasions, because equipment, films and development were so expensive. Our parents took pictures as well, but fewer by far, and only on special occasions: pictures of holiday sights, birthday celebrations, landmarks, special moments. With the ease and cheapness of digital photography, our motives have changed: Now, we take pictures of ordinary things, funny things, of shopping lists, clouds, everyday occurences.

And, of course, we still immortalize the special moments in our lives - the grand vistas, the momentous occasions, the triumphs and memorable achievements. And as with many other things, these moments have also drifted into the virtual spaces we inhabit. 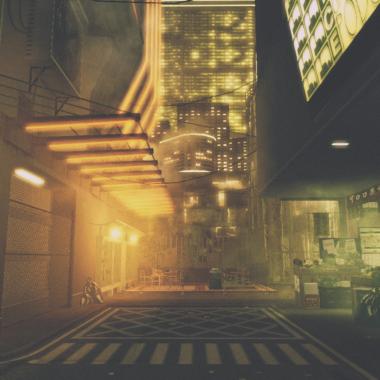 Games are spaces of experience as much as entertainment. It shouldn't surprise us that the photographic gaze, that eye for composition and purely visual aesthetic, finds ample opportunity for snapshots in these virtual spaces. In fact, it's surprising that in-game-photography - for purely aesthetical reasons as opposed to documenting victories or snapping a pic of an impressive vista for use as a desktop wallpaper - is still as unexplored a country as it still seems to be.

A few game-photographers, however, have started to travel these gaming spaces to hunt for pictures. The best-known and most widely publicized of these pioneers is Duncan Harris of deadendthrills. The English games journalist compares his ultra-stylish, high-gloss pictures of games tweaked to look their very best to still photography in movie production, and like movie stills, his work is increasingly professionally used by game companies to promote their products. Recently, Harris was even given an advance build of Dishonored, Arkane's upcoming steampunk-thriller, to fuel anticipation and provide an advance glimpse into the game's stunning visual world. 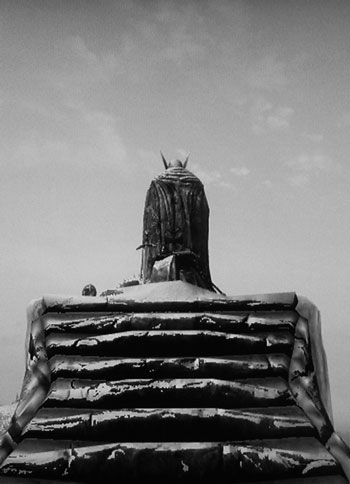 Harris's professional game-photography is breathtaking in its own right, but he is not the only photographer with a keen eye for "videogame tourism" and the convergence of virtual spaces and photography. James Pollock, graphic design student in Bath, England, collects his in-game-photography on his blog Virtual Geographic. He says he was originally inspired by deadendthrills, but ultimately opted for a completely different approach: Instead of emulating Harris's high-end, tweaked-up high-gloss technique, he took a comparably low-tech route and started to take pictures of his TV-set with his iPod, using Instagram and Hipstamatic for added effect - a clever workaround to most consoles' restricted - or non-existent - screenshot-capabilities.

His black and white pictures of Skyrim's majestic nature and Red Dead Redemption's deserts evoke memories of Anselm Adams and the classics of nature photography, while his Polaroid-framed images of the blocky worlds of Minecraft and Jet Set Radio Future show that photorealistic graphics are not prerequistes for impressive pictures.

While related projects by Robert Overweg, Kent Sheely and John Paul Bichard are grounded in the context of experimental media art, Pollock sees no difference to "real life photography": "Treating virtual realities as real in this way is one of the things that makes it an interesting experience for me." 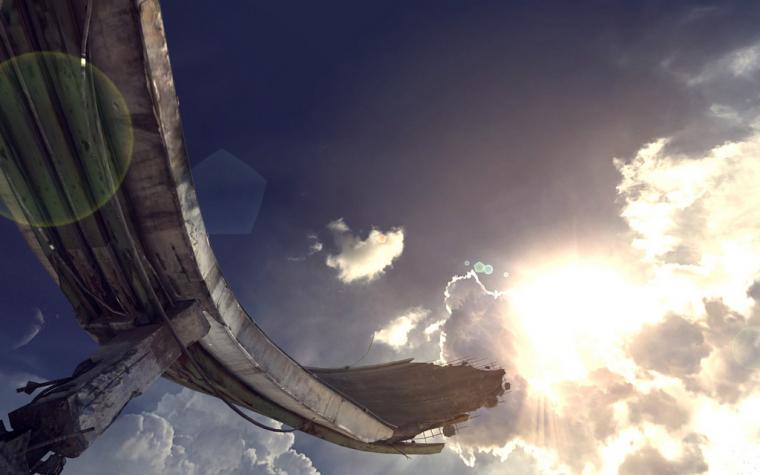 Like urban spaces and architecture, game environments, especially those in open-world-games with freely explorable, three-dimensional playing grounds, are wholly man-made and constructed. It's not surprising that architecture, especially an architecture unbound by reality's constraints, is a favourite theme of in-game-photographers. The pictures of Australian gamer Iain Andrews, collected on Steam Postcards, concentrate on the details of these environments, the back alleys, corners and decor of these virtual spaces made for navigating through them. Like Joshua Taylor's pictures, collected on his blog NOTRL, Andrews' work documents the lovingly crafted worlds and details that are destined to be overlooked by most gamers. 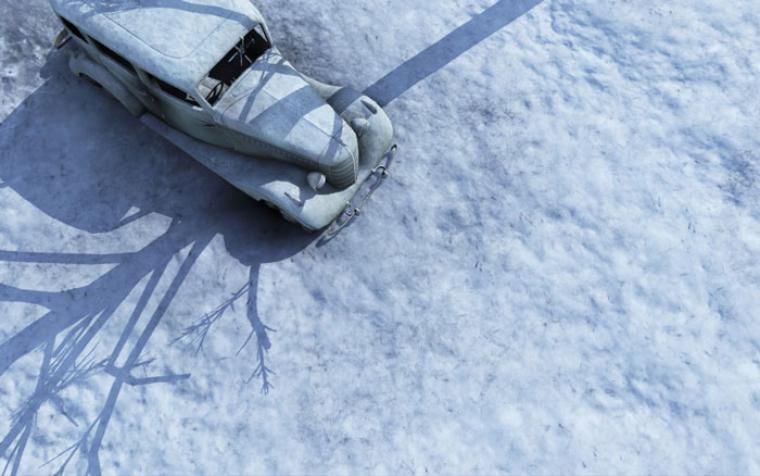 Contrary to Harris and Pollock, Andrews as well as Taylor retouch their pictures only sparingly and mostly settle for unmodified screen captures, without tweaking or modding the basic games (another advantage of PC-gaming in comparison to consoles). Josh Taylor, resident of Richmond, VA, also experiments with narrative; in a project titled "Shepard's journey', Taylor attempts to document the Mass Effect trilogy's story arc in stunning images of environments and character portraits - a feat even more impressive given the looming dangers of the Uncanny Valley in regard to computer game actors. 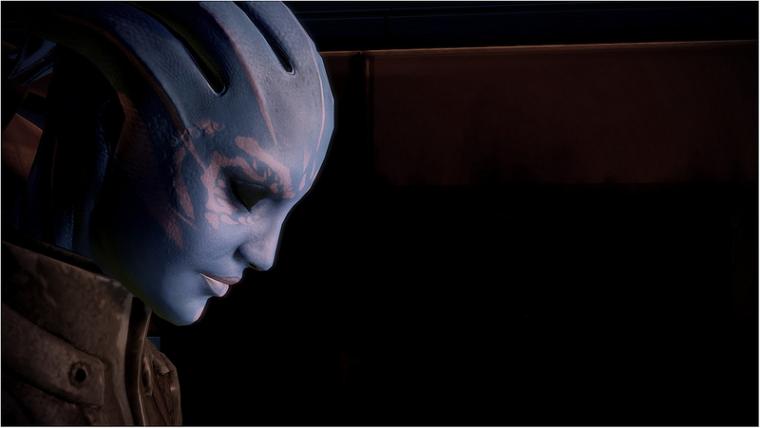 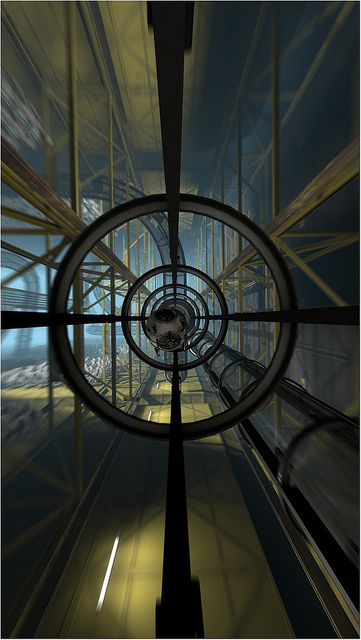 Photographing the unreal, sprawling architectures of gaming's SF and Fantasy worlds is a challenge, but there's also another opportunity to juxtapose reality and games: Sao Paulo-based photographer and graphic designer Leonardo Sang's "virtual reality photography"-project uses games as a platform for what he calls "everyday photography", and his pictures of Max Payne 3's Sao Paulo have their place beside his real world photography of his city. Sang's interest in in-game-photography was piqued by GTA IV's virtual cellphone camera, another in-game toy in Rockstar Games' open-world sandbox, and by his realization that any open-world-game offered the same opportunity for photography as the real world. 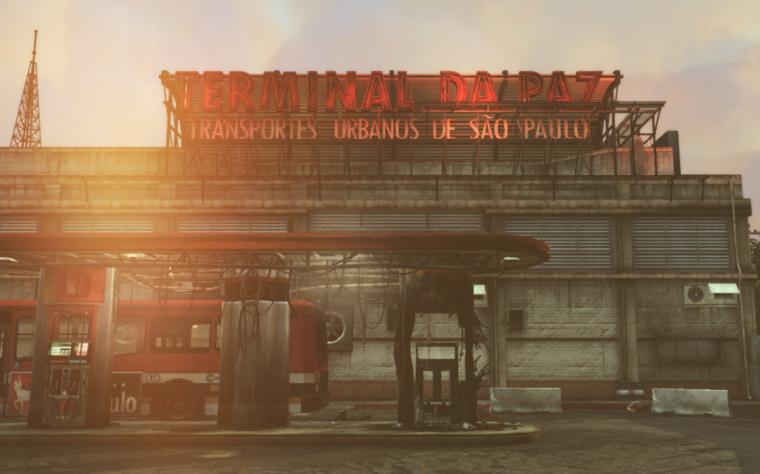 It seems ironic that, in Leonardo's case, it was a virtual item, a virtual mobile device with a virtual camera, that led him to in-game-photography. But in the end it's only logical: As in real life, it's these ubiquitous mobile devices that brought photography to everyone's pocket and started today's deluge of real everyday photography, to be witnessed on Instagram, Flickr and milions of Tumblr-Blogs.

The art of in-game-photography is still in its infancy, but it seems obvious that, with constantly increasing photorealism and the popularity of open-world-games, more and more photographers will also look for inspiration and picture opportunities in virtual worlds. Games are places as well as entertainment; and after all, as Elliott Erwitt's quote at the beginning reminded us: Photography has little to do with the things we see -, and everything to do with the way we see them.

This article is reprinted with the permission of Video Game Tourism. Click here for the original article.

Videogametourism.at has hosted the featured in-game-photographers in a weekly feature called Screenshot deluxe; if you feel that your in-game-photography should be included in future installations, feel free to contact Rainer Sigl.

This text is a follow-up to Sigl's original (German) article "Screenshot Deluxe", published 2011 by fm4. More VGT in English here. 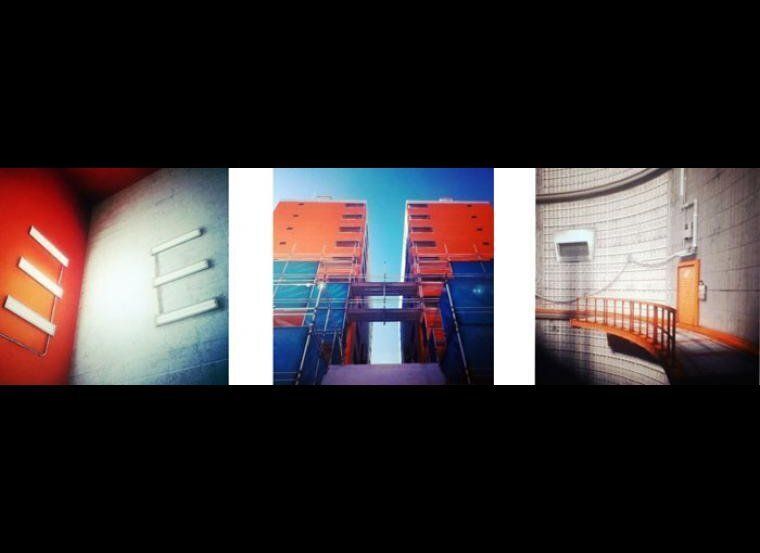 1 / 9
Mirror's Edge
James Pollock, graphic design student in Bath, England, collects his in-game-photography on his blog <a href="http://virtualgeographic.tumblr.com/" target="_hplink">Virtual Geographic</a>. He took a comparably low-tech route and started to take pictures of his TV-set with his iPod, using Instagram and Hipstamatic for added effect - a clever workaround to most consoles' restricted - or non-existent - screenshot-capabilities. <em>(Courtesy <a href="http://videogametourism.at/node/1634" target="_hplink">Video Game Tourism</a>)</em>
James Pollack