The video is of 15-year-old Tariq Khdeir, the American cousin of killed teenager Mohammed Abu Khdeir, according to the Associated Press.

"The channel that aired it, Palestine Today, is funded by Iranian-backed Islamic Jihad, a militant group that has carried out suicide bombings and other attacks aimed at civilians," AP reports.

Abu Khdeir's body was found Wednesday, and an autopsy of the Arab teen shows he was burned to death.

Renewed violence was sparked this week after three Israeli teenagers were abducted and found dead in the West Bank on Monday. 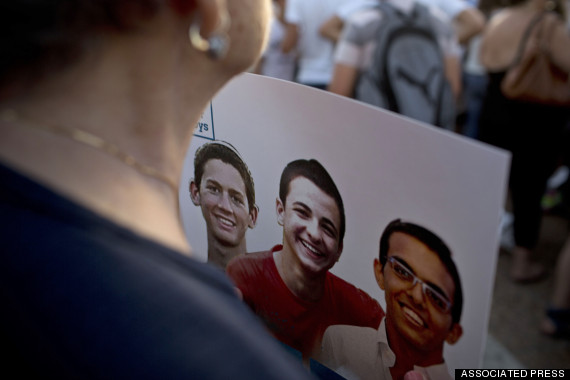 An Israeli woman holds a poster with photos of the three Israeli teens.

Tariq Khdeir is a U.S. citizen, and was reportedly beaten by police on Thursday before attending his cousin's funeral.

His parents, Suha and Salah, said Tariq was detained but had been treated at an Israeli hospital. They released photos showing his face swollen and badly bruised.

Samri, the Israeli police spokeswoman, said that Tariq Abu Khdeir had resisted arrest and attacked police officers. He was detained with a slingshot in his possession used to hurl stones at police, along with six other protesters, including some armed with knives, she said, adding that several officers were hurt in that specific protest, one of many that day.

Tariq's father said he witnessed his son's arrest and insisted the boy was not involved in the violence. 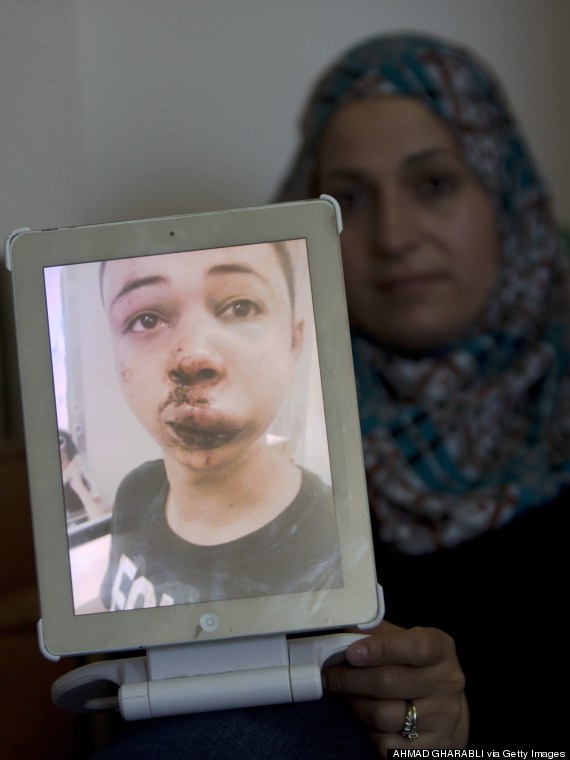 The mother of Tariq Abu Khder shows a picture of her son she took of him at the hospital on July 5, 2014.

Amateur video of what he said was the beating aired on a local television station, and he said he could recognize his son from his clothing.

The channel that aired it, Palestine Today, is funded by Iranian-backed Islamic Jihad, a militant group that has carried out suicide bombings and other attacks aimed at civilians.

Other footage shows uniformed men dragging someone on the ground.

The face of the person cannot be seen in either video, and the circumstances leading up to the beating are not shown.

Israel's justice ministry said an investigation had been opened over the footage.