The parents of a 10-year-old boy with special needs are demanding answers after their child was restrained and handcuffed at a North Texas school.

“It’s disgusting that this officer is put there to protect and serve our children, and he abused a disabled, little boy,” the boy’s mother, Emily Brown, told Dallas–Fort Worth’s KTVT News. “He showed no compassion.”

She is urging state and federal authorities to conduct an investigation into the incident.

According to Brown, her son Thomas, who has autism, was subdued by a Denton Police Department school resource officer on at least two occasions this year, on April 23 and April 30.

It was after the second incident, she said, that she and her husband discovered their son was covered in marks and bruises. Suspecting excessive force was used to restrain him, the Browns requested video from the officer’s body camera.

Authorities on Tuesday released the footage from the April 30 incident. In the video, recorded by a camera worn by Officer Eric Coulston, Thomas is seen attempting to hide in a cubbyhole. A teacher pulls the boy out, and Coulston scoops the boy up and carries him into an empty room.

“Do you want the handcuffs? Or not?” Coulston asks the child when they’re in the room.

Thomas repeatedly screams, “Get off,” and struggles to escape as the officer holds him facedown by his neck.

Coulston can then be seen handcuffing the boy’s arms behind his back.

“We’re back to where we were the other day,” Coulston says. “Want to kick some more?”

The boy’s ordeal, according to the video, goes on for approximately two hours. Though the handcuffs were removed at one point, the officer put them back on after Thomas tore tissues into small pieces and threw them at a teacher, police said.

“It’s abuse, the torture, and the hell that he was put through,” Emily Brown told ABC affiliate WFAA, referring to the April 30 incident.

The Denton Independent School District’s director of communications, Mario Zavala, told HuffPost the district has protocols in place to ensure the safety of students.

“In this instance, the school resource officer (SRO) made the determination, after all other efforts to de-escalate the situation proved ineffective,” Zavala said.

He added that Thomas was “a detriment to his own safety and that of the other students and staff.”

Authorities said the child was acting out before being restrained. He was being disruptive, swung a computer mouse near other children and kicked and spit on the officer, police said.

Brown told KTVT-TV her son was acting out because he was scared.

“He’s got a lot of anxiety because the very people that I told him to trust, he can’t,” she said.

According to a statement released by the city, the Denton Police Department Office of Professional Standards reviewed the incident and found no violations.

“The decision to use restraints was made only when the child posed a serious threat to himself or others,” reads the statement. “Once the child was calm, the restraints were removed.”

While the Texas Education Code permits trained staff members and resource officers to physically restrain special education students, they may do so only “to protect the health and safety of the student and others.” The law further states the restraint must be discontinued “when an emergency no longer exists.”

The Autistic Self Advocacy Network is opposed to the use of restraint and seclusion in schools, calling the practices “very dangerous.”

“Their use has injured or killed students in far too many cases,” Zoe Gross, the organization’s director of operations, told HuffPost. “Restraint and seclusion can also cause lasting trauma and prevent students from fully accessing their education.”

The family said the school has an intervention plan and a set of de-escalation techniques that staffers are supposed to follow if their son becomes agitated. The tactics the school chose to use were unnecessary and resulted in bruising on his knees, arms and back, according to the Browns.

The parents have since removed Thomas from the school. They are reportedly planning to file a lawsuit.

“This is about justice for Thomas,” Emily Brown told KTVT. 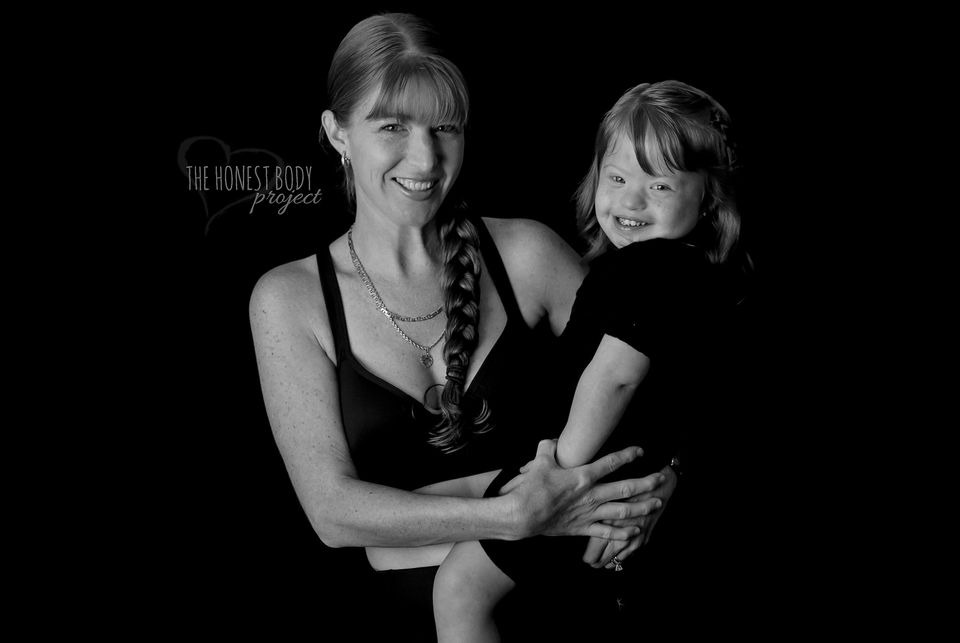 1 / 25
"Jillian looked like my other babies; she was beautiful. She had sparkling blue eyes, vibrant red hair like her siblings and fair pale skin, but all I could think and see was her unconfirmed diagnosis of Down syndrome. I didn&rsquo;t want to see anyone or talk to anyone. I didn&rsquo;t want anyone to know Jillian was born. I just wanted to close my eyes and open them to find things different. That wasn&rsquo;t the case. Family and close friends came, and most didn&rsquo;t know anything was wrong until they were told."
The Honest Body Project / Natalie McCain