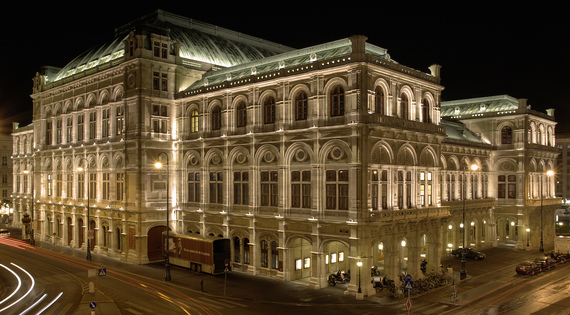 Roman Emperor Marcus Aurelius died in Vienna on his way to annex lands along the Danube, falling ill in the city then called Vindobona, but the philosopher could have had today's Vienna in mind when he observed: "Nothing has such power to broaden the mind as the ability to investigate systematically and truly all that comes under thy observation in life."

For Vienna in its present form is so systematically arranged as to make investigation of its culture--science, art, history, cuisine--far easier to access than in any other city in Europe; only Washington DC compares as city planning goes. Largely this is due to the building in the 19th century of the Ringstrasse, a boulevard circling the historic center of Vienna on which runs a tram by whose on-time performance you can set your watch.

The location of the major arts and municipal institutions within the Ring makes walking among them a leisurely joy, and 27 carefully situated cafés along the Ring's route provide added incentive to take your time, enjoy some coffee and pastry, then to visit the next nearby museum or garden or palace. Justifiably, the city center has been a UNESCO World Heritage Site since 2001.

One can readily tour three or four major attractions in a day, whether it's to see the Hofburg Palace, the Rathaus Town Hall, Parliament or the University, or to wander for hours within the extraordinary riches of the Kunsthistorisches Museum or Naturhistoriches Museum, saving for another day the newer Museumsquartier, converted from the former Imperial Stalls in the 1990s, that includes the Museum of Modern Art; the Leopold Museum, with its comprehensive collection of the works of eccentric painter Egon Schiele; and the AzW (museum of architecture). With more than 100 art museums, Vienna has rewarded favorite sons Mozart and Freud with their own. The Silberkammer is devoted to silverware; another to globes; another to crime; there is even a Museum of Fakes.

Renovation is always ongoing--after the war the city sold off the lots of damaged buildings with the proviso that the new owners rebuild and invest in them with respect for the historic center's architecture. I therefore think it requisite to watch the 1949 movie The Third Man (of course there's a "Third Man Museum," and you can tour most of the film's locations) just to see how devastating the damage to the city had been and how Vienna's dissection, in September 1945, among the four occupying Allied powers affected the spirit of a defeated citizenry. It took a decade for Austria to regain autonomy and for the re-opening of arts institutions like the State Opera and Burgtheatre. 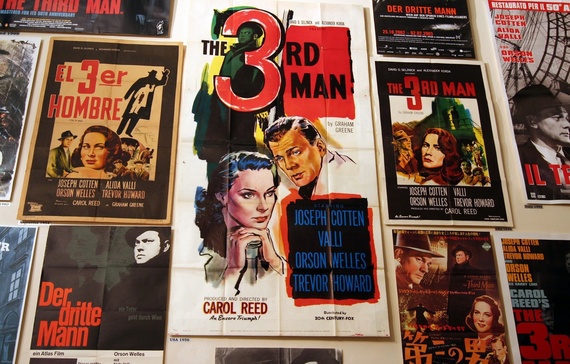 Today the city looks much like it did before the war, with an exceptional variety of architectural styles, dating from the Romanesque to the Baroque and Neo-Classical, with some superb art nouveau and the finest examples of the Secessionist Style, born in Vienna, including Karlsplatz Stadtbaum Station and the Kirche am Steinhof, with troves of Gustav Klimt's paintings to be found in the city's museums. High rises--some elegant, some brutish--are now evident on the city's skyline, but allowed only beyond the Ring.

On a recent trip to Vienna with my wife, I found the city fresher and more bustling than ever. I'm not surprised that it's been ranked among the world's five most livable cities. We landed at the efficiently modern airport and, after customs, we arrived via City Train 20 minutes later in the town center, Wien-Mitte. (For €21.90 you can buy a 72 Hours Vienna Ticket that allows three days' travel on the tram or subway.)

After checking into our hotel (I'll be reporting on hotels and restaurants in Vienna in an upcoming article), we kept our jetlag at bay at the always bustling Café Central (above), known for its delicious breakfast cake called Gugelhopf. We then took a very leisurely stroll along Kärntner Strasse, a broad commercial avenue lined with designer boutiques, cafés, chocolate shops, restaurants, and street performers, to arrive at the glorious St. Stephen's Cathedral, whose site as a church dates to 1147. But its true Gothic grandeur took shape two centuries later, and its status as a cathedral came in 1469. 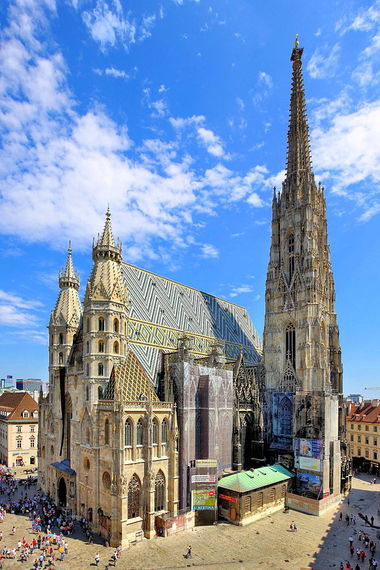 The structure was saved from deliberate destruction in World War II only because a German captain refused his superior's orders to reduce it to rubble, though fires in the city later caused the roof to collapse. Thus, the cathedral did not re-open until 1952, and it is always undergoing renovation. Composer Antonio Vivaldi is buried in the cemetery next door.

In nothing is Vienna richer than in its musical heritage, via its native sons as well as those who enriched the culture after being irresistibly drawn to it. Franz Schubert, Johann Strauss (whose Viennese waltzes captivated Europe) and Arnold Schoenberg were born in Vienna; Mozart, Salieri, Beethoven, Haydn, Mahler, Liszt, Bruckner and Brahms all came to work there.

Of all those masters', Mozart's stamp is the strongest, and it's a rare day in Vienna when his
music is not being played in some concert hall. The Vienna Mozart Orchestra, together with internationally renowned singers and soloists dressed in historical costumes and wigs, performs at the State Opera, Musikverein Golden Hall and Konzerthaus. The Volksopera performs 25 German musical works during the September-through-June season. Sound of Vienna offers concert and dinner packages at the Kursalon concert hall, where Strauss used to conduct.

Also in the heart of Vienna is a museum (formerly the imperial pharmacy) devoted to the prancing Lipizzaner horses (below), where you can also watch the white equines' morning training session. Nearby are antiques auction houses, which include the vast neo-Baroque Dorotheum (once a convent), spread over several floors. 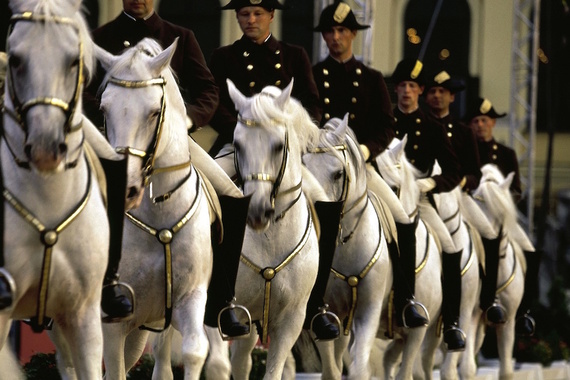 All these attractions lie within the Ring, but no one should visit the city without taking the tram to the southeast district, to Castle Belvedere (below), built under Prinz Eugen as his summer home, within a vast Baroque graded garden stretching between the lower and upper palaces. (Wear very comfortable shoes.) In the former, opened in 1718, is the Baroque Museum, splendidly displayed in impeccably restored mirrored rooms; the upper palace (1723) is repository to a deep and broad history of art, particularly rich in the work of fin-de-siècle masters Schiele, Kokoschka and Klimt (his famous paintings "The Kiss" and "Judith" are here). 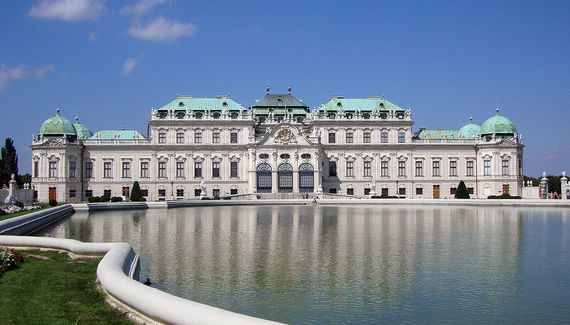 An added attraction to visiting Vienna is its modest size--160 square miles, compared with Berlin's 344--with just 5 million tourists per year, more than enough to keep all the hotels and restaurants very busy but not enough to cause impenetrable crowds or immovable traffic of a kind you find in Venice, London and Paris. You need not wait on a line for an hour to get into the major museums.

It is a city where you mix with and walk among the citizens, and, since almost everyone speaks English, you will never be at a loss for guidance. The tram and subway are easily mastered after one trip, the streets are cleaner than most in Europe, and the city is largely free of labor union strikes that plague Italy and France.

If you factor all these virtues together, Vienna epitomizes everything the word civilization should mean--a place where people feel not only safe but very comfortable, with civic services and the maintenance of an extraordinary artistic culture that is always proudly on display.