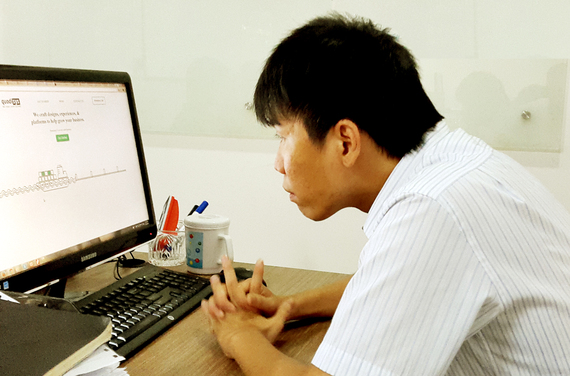 Vietnam's IT services sector boomed in recent years as international companies raced to capitalize on the country's considerable base of low-cost tech talent. Although many came in search of cheap workers for basic tasks, some now see the country as a viable provider of higher-value services, including complex software development, data analytics, and even original R&D.

As Techonomy reported in June, Vietnam shows big potential to become a major provider of IT services in the coming years. Although still an IT minnow compared to powerhouses like India and China, Vietnam benefits from an expanding trained workforce, low labor costs, government incentives, and other advantages.

At the same time, Vietnam's IT services companies face significant obstacles. The educational system routinely falls short preparing graduates for the IT jobs of today and tomorrow. Weak physical and technological infrastructure, though improving, also casts a shadow. And many wonder if government authorities have the vision and the will to address these pressing problems.

Despite these challenges, revenues from IT services jumped to $2.4 billion in 2012, according to official government estimates. As new contracts are signed and the domestic market gains strength, Vietnam's IT services companies will likely gain the capital and resources to invest in better training and diversify into higher value services.

TMA Solutions, one of Vietnam's largest privately owned IT outsourcing companies, provides one example of where the industry may be headed. Founded in 1997, it built a solid business providing development, testing, and maintenance services for big enterprise clients from around the world. Now, with a long track record in outsourcing and over 1,700 engineers on staff, the company is investing in original R&D.

TMA's climb up the IT value chain began in 2010 when it launched a multi-year plan to build new R&D centers in both Vietnam and Silicon Valley. Since then it has completed development projects in a range of sectors, including healthcare, transportation, biotech and agriculture. To support some of these projects, it also launched a big data and analytics division in early 2013.

As one of Vietnam's largest IT services companies, TMA also competes for large-scale testing and maintenance contracts, but the company clearly recognizes that skilled, complex projects are the way of the future. Likewise, Vietnam's smaller outsourcing boutiques can continue to eke out a living doing basic services for small and mid-size clients, but they tend to survive and thrive by finding creative people and doing the kind of smart work that commands a premium in the market.

Quodisys, a digital production boutique based in Ho Chi Minh City, is another company that's focused on getting better as it gets bigger. "We started doing basic websites and applications for small and mid-size businesses," says Business Development Manager Enrick Bui, "but over time our clients wanted more complex projects that required integrated strategies across web, mobile, social, and cloud platforms."

To meet the growing demands of clients, Bui takes talent management seriously. "Vietnamese universities produce good coders, but don't always incubate the full spectrum of skills that we need for projects," he says. "We do whatever we can to help them rise to the challenge."

"The old model of getting lots of cheap bodies for plug-and-chug work is fading away," says Chris Harvey, CEO of ITviec, a recruitment site for Vietnam's IT industry. "We're seeing more sophisticated companies entering the market and workers with better skills demanding higher wages."

Prior to starting ITviec, Harvey was head of Vietnamworks, one of Vietnam's leading jobs sites. ITviec filters jobs and candidates based their knowledge of programming languages and other skills.

But Vietnam urgently needs to improve its education system. Although its people have a strong cultural affinity for math and science, many IT companies complain that local universities are not producing enough trained graduates. Since the system is unlikely to reform itself anytime soon, some of these companies are partnering with development organizations, government agencies, and NGOs to push for rapid change.

Intel, one of many electronics manufacturers flocking to the country, has taken a particularly active role in education reform. Over the past few years, it spent millions on university scholarships for aspiring engineers. Along with Arizona State University and USAID, it also co-founded the Higher Education Engineering Alliance Program, a sweeping initiative to modernize engineering programs at Vietnam's universities.

Intel also supports tech education at the high school level with initiatives like the Young Makers Challenge, which it co-sponsored earlier this year. Organized by Everest Education, a private education center in Ho Chi Minh City, the program brings together student teams from across the city and trains them in basic electrical engineering and programming. Students then submit their own projects into a competition for scholarships and other prizes.

Initiatives like these will develop the human capital the country needs to continue moving up the IT value chain. As its tech industry matures, expect a growing Vietnamese impact on the global knowledge economy.

Will Greene runs TigerMine Ventures, an advisory firm that helps investors, companies, entrepreneurs, and NGOs in Southeast Asia. He writes regularly for Techonomy about the region.