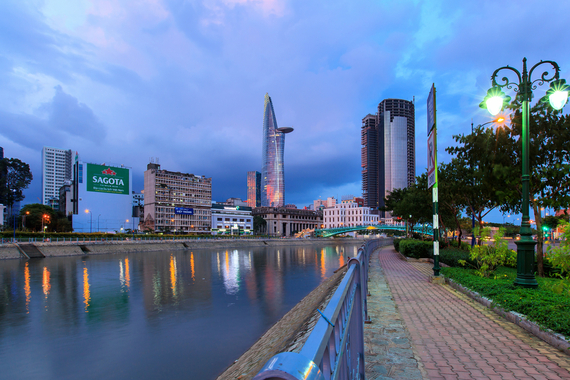 In Ho Chi Minh and other Vietnamese tech hubs, some IT workers are seeking passion over profit. Image via Shutterstock.

By Enrick Bui and Will Greene

As Vietnam emerges as a global hotspot for offshore IT services, the country's tech workers have more employment opportunities than ever before. With IT talent in high demand, job seekers can be selective. Many want more than just good pay. Increasingly, they also want jobs that allow them to learn and to build products that make a difference.

Outside of IT, few Vietnamese workers have the luxury to pursue their passions. Despite solid economic growth in recent years, Vietnam remains an emerging market with income per capita of just $1,740 in 2013. IT workers on average make more than double that amount, but many still face financial pressures. Especially in expensive locales like Ho Chi Minh City, one might expect pragmatic considerations about income and job stability to trump loftier goals.

Yet a new survey by ITViec, a jobs platform for Vietnam's tech industry, suggests that Vietnam's IT workers are driven as much by passion as by profit. In a poll of 500 skilled IT workers, more than four-fifths said they chose the field because they love computers. Approximately half said working on an interesting product is more important than anything else. Less than 12 percent ranked money and job stability as their primary job motivation.

As Vietnam's IT services sector continues to grow, those seeking self-actualization through their work have an increasing array of options. At outsourcing companies, they can work on a range of projects and gain exposure to different industries, programming languages, and client segments. At product companies, they can achieve a sense of ownership and a deeper personal stake in what they build.

Unfortunately, some outsourcing and product companies do not provide such opportunities. A few operate as little more than digital sweatshops, funneling workers into narrow practice areas and subjecting them to repetitive, unrewarding tasks. Likewise, some product companies lack supportive cultures and fail to make workers feel invested in their products.

So outsourcing companies can probably only win the talent race by offering great culture and taking on complex, high-value projects that challenge and inspire their people. Quodisys, a web and mobile development company based in Ho Chi Minh City, does this by offering the chance to work with state-of-the-art technologies. Employees get to develop their skills and take on new challenges.

At both outsourcing and product companies, the majority of workers said they prefer to work with foreigners. Many believe foreign firms offer more open and creative environments better suited to learning and personal growth. Although plenty of Vietnamese companies provide similar advantages, some have a reputation for being rigid and hierarchical.

Many of the most successful Vietnamese tech companies combine elements of local and foreign culture. They're often led by Vietnamese founders and managers who spent substantial time abroad gaining access to foreign ideas, talent and capital. They speak the language, understand local customs, and have the ability to bridge the cultural spectrum.

Clearly the Vietnam tech employment market is getting more dynamic. Half the survey respondents plan to switch jobs in the next six months. Competition for the most skilled workers will be intense.

But will Vietnam's IT workers continue seeing new opportunities to pursue their passions? Most IT outsourcing and product companies have plans to expand in 2015, but some believe that regulatory uncertainties loom over the industry. Officials have yet to take a clear position on many tech-related policies, such as those related to social networks, over-the-top applications, and cross-border IT commerce. Until these issues are resolved, some companies may be more cautious in their expansion efforts.

Despite these concerns, many of Vietnam's IT workers remain optimistic. More so than ever before, they are choosing jobs that let them follow their passions, even if this might also mean a pay cut in the short term. In this respect, they've adopted traits more common to their Silicon Valley counterparts than their peers in Vietnam.

Enrick Bui is Business Development Manager at Quodisys, a web and mobile development company based in Ho Chi Minh City.

Will Greene runs TigerMine Ventures, an advisory firm that helps investors, companies, and organizations in Southeast Asia. He writes regularly for Techonomy about the region.