Often regarded as ruthless robbers, the Vikings were also impressive mariners capable of traversing the North Atlantic along a nearly straight line. Now, new interpretations of a medieval compass suggest the sea robbers may have skillfully used the sun to operate the compass even when the sun had set below the horizon.

The remains of the supposed compass — known as the Uunartoq disc— were found in Greenland in 1948 in an 11th-century convent. Though some researchers originally argued it was simply a decorative object, other researchers have suggested the disc was an important navigational tool that the Vikings would have used in their roughly 1,600-mile-long (2,500 kilometers) trek from Norway to Greenland. 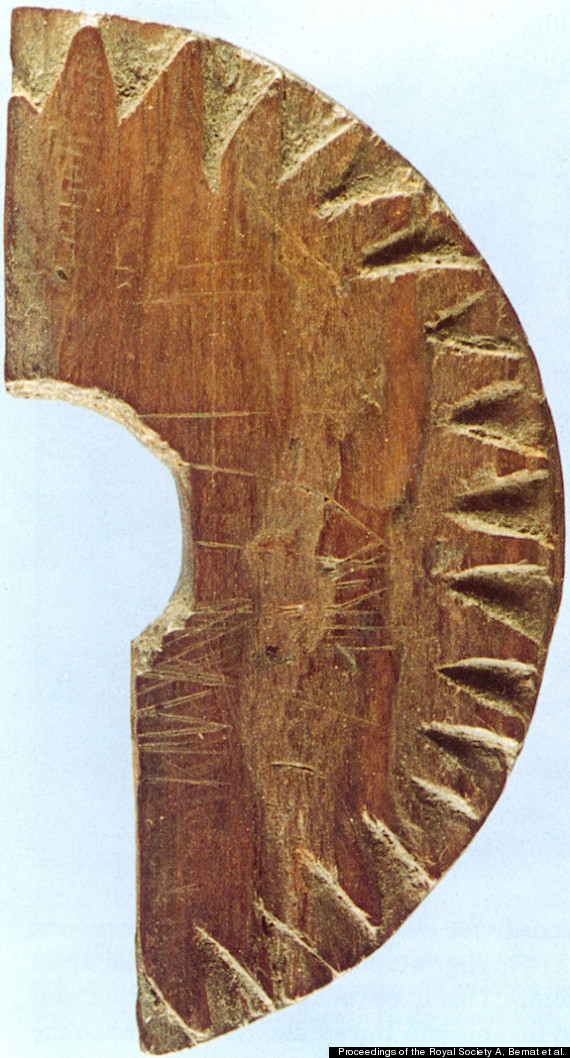 The Uunartoq disc was discovered in an 11th century convent in Greenland in 1948. It is thought to have been used as a compass by the Vikings as they traversed the North Atlantic Ocean from Norway to Greenland.

Though only half of the wooden disc remains, it is estimated to have been roughly 2.8 inches (7 centimeters) in diameter with a now-lost central pin that would have cast a shadow from the sun indicative of a cardinal direction. [Images: Viking Twilight Compass Helps Navigate North Atlantic]

Researchers based at Eötvös Loránd University in Hungary have studied the fragment in detail. They concluded that although the disc could have functioned as a single entity, it was more likely used in conjunction with other tools — including a pair of crystals and a flat, wooden slab — to help navigate when the sun was low in the sky or even below the horizon.

"When the sun is low above the horizon, even the shadow of a small item can fall off the board, and such situations are frequent in the northern seas," said study co-author Balázs Bernáth.

Bernáth and colleagues think that, to help solve this long-shadow problem, the Vikings may have used a low-lying, domed object in the middle of the compass to create a wider, shorter shadow than a more typical sundial spike would. A wide hole within the center of the disk — previously interpreted as a place to grip the compass — could have served as a holding spot for this so-called central gnomon, the team suggests.

The researchers think that, to locate the sun after sunset, the Vikings could have used a pair of crystals known as sunstones, which are calcite stones that produce patterns when they're exposed to the polarization of UV rays within sunlight. When the crystals are held up to the sky, the orientation of these patterns cast within the stone can help pinpoint the position of the sun below the horizon.

Once the Vikings had determined the position of the hidden sun, they could have used a specially designed wooden slab called a shadow stick to simulate the shadow of the gnomon based on the angle at which the hidden sun would hit it. The location of the outer edge of that imaginary shadow could then have been used to determine their cardinal direction.

The researchers conducted field tests to estimate the plausible accuracy of this so-called twilight compass, and found that it would have worked with only 4 degrees of error, which is better than other forms of celestial navigation and comparable to modern magnetic pocket compasses, Bernath said.

"Not the best, maybe, but it would have been a really big help," Bernath told Live Science.

The team estimated that the twilight compass would have functioned for as long as 50 minutes after sunset around the spring equinox, when the Vikings are thought to have used this compass based on etchings in the wood.

No shadow sticks or sunstones have been found in conjunction with the disc, but evidence of both exist in medieval written records, suggesting they would have been available to the Vikings.

The team said the findings are a testament to the sophistication of this group of people often remembered as heathens.

The study findings are detailed today (March 25) in the journal Proceedings of the Royal Society A.

History Of SciencescienceArchaeologyAnthropologyvikings
Go To Homepage