The excavation of a farmstead on the Danish island of Zealand has uncovered much more beneath the soil than mere roots and seeds. At the Vestervang farm near Kirke Hyllinge, the Danish Journal of Archeology reports, scientists from the Roskilde Museum have discovered the remains of a 1,300-year-old Viking settlement and several pieces of metal jewelry that point to a deep, regal history hidden beneath the surface of Zealand's rocky rural countryside.

The excavation at Vestervang, which took place between April and December 2007, uncovered 18 longhouses and 21 pit houses from the Late Iron Age, believed to comprise a single farming settlement.

Among these "rather modest structures," writes Roskilde Museum archeologist Ole Kastholm, excavators found a range of valuable pieces of metal jewelry, suggesting a possible connection to an ancient Danish dynasty that resided nearby.

According to LiveScience, the most spectacular find was a copper pendant depicting hybrid human-animal heads, thought to have been part of a necklace. One of these figures sports a "drooping moustache," but above its eyebrows, "two ears or horns emerge, giving the humanlike mask an animal character."

Imagery of this nature is not uncommon in Viking art. "Some of these anthropomorphic pictures... might be seen as representations of 'shamanic' actions, i.e. as mediators between the 'real' world and the 'other' world," Kastholm explained in an email to LiveScience.

The greatest mystery, however, is how this high-value accoutrement, which Kastholm says would be worn only by the elite, found their way to a "rather modest" farmstead in Zealand.

The answer may lie in the nearby town of Lejre, which in better days was the legendary royal seat of the Scyldings, the first Danish dynasty. According to the Journal of Danish Archeology, excavations in Lejre have uncovered a wealth of ancient artifacts since 1850.

A theme park in the town now invites tourists to "stroll among reconstructions of ancient living environments, like the Iron Age village, the Stone Age camp, [and] the Viking market."

Based on its proximity to Lejre, Kastholm suspects that the Vestervang settlement served as "a farm controlled by a Lejre superior and given to generations of retainers."

"This would explain the extraordinary character of the stray finds contrasting with the somewhat ordinary traces of settlement," writes Kastholm. 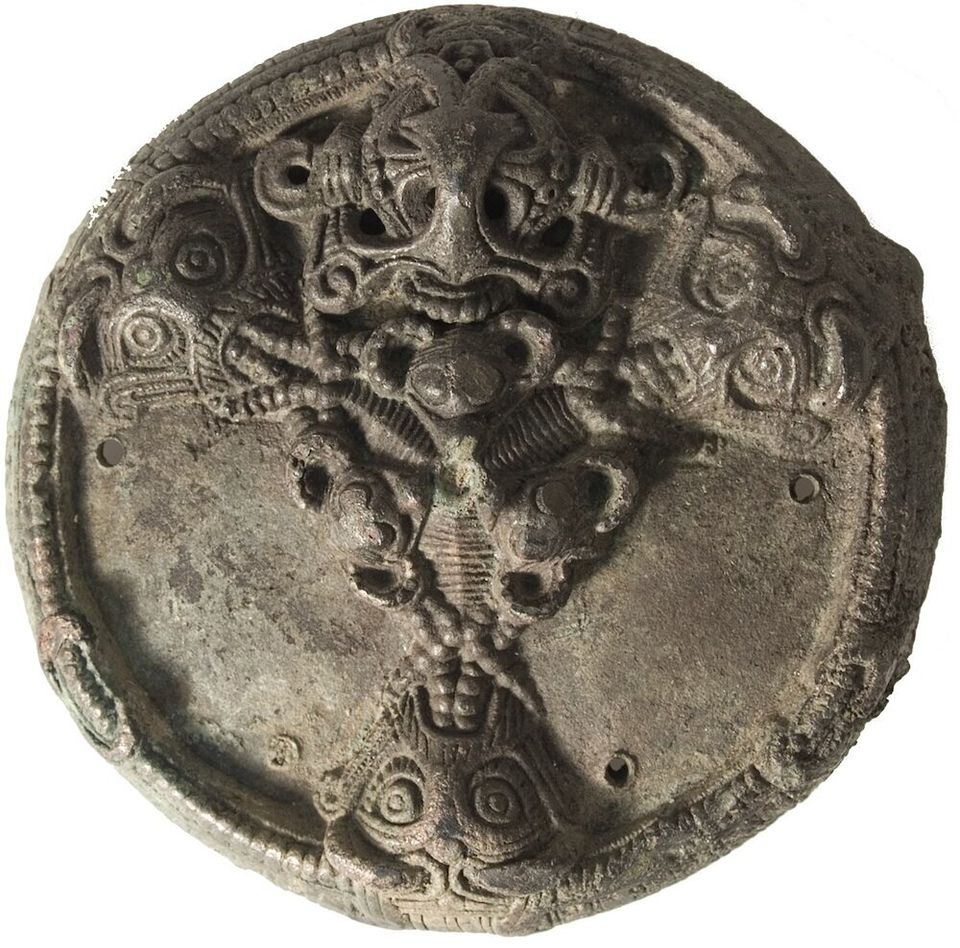