A Viking parliamentary site that dates to the 11th century has been found beneath a parking lot in Scotland.

The site, located in the town of Dingwall, Scotland, was dubbed a "Thing" site, referring to its name in antiquity. Like other Thing sites, this one was likely a place where ancient Norsemen gathered to settle legal disputes, uphold laws and make key political decisions.

"It's a fantastic find, really," said Oliver J. T. O'Grady, the director of the site's excavations and an archaeologist who runs an archaeological consulting firm called OJT Heritage. "No one's had dating [information] from a Thing site in Scotland." 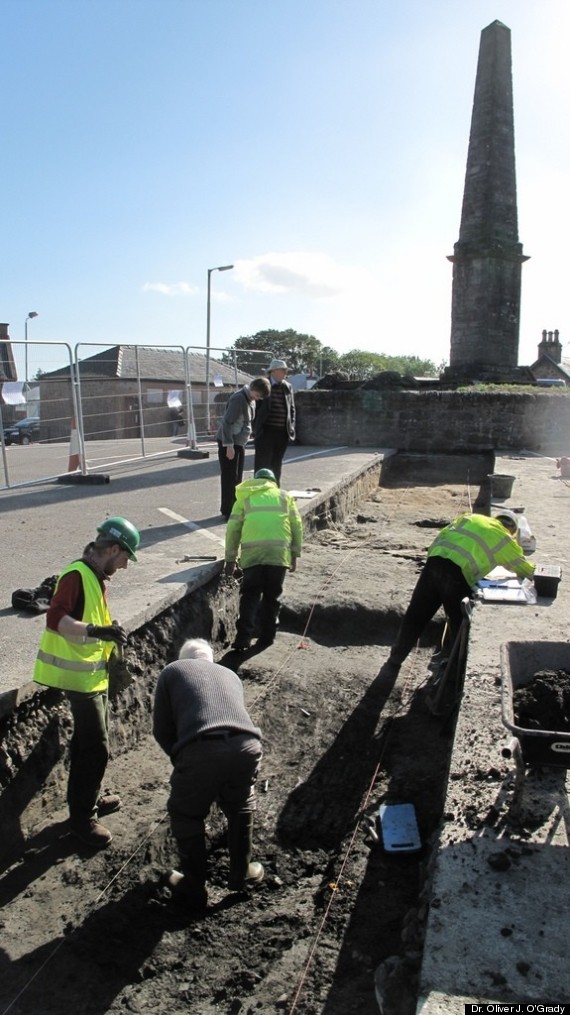 A parking lot in Scotland was once the site of a Viking parliament, new research suggests.

Historians had long wondered whether Dingwall was a site of a Viking parliamentary gathering known as the Thing because the word Dingwall probably originated from the word thingvellir, which means "the field of the assembly." [Fierce Fighters: 7 Secrets of Viking Culture]

Such Thing sites are scattered from Iceland to Norway to the Shetland Islands, and Norsemen traveled from far and wide to get to the seasonal gatherings, often to settle disputes that would otherwise end in bloodshed. But Things were held mostly at open-air fields, and people only stayed temporarily, leaving relatively few archaeological traces of their presence.

"Many archaeologists have said, 'How do you find the archaeology of a bunch of people gathering together?'" O'Grady told LiveScience.

O'Grady and his colleagues at The Thing Project, which works on similar sites around Europe, were not deterred, because traces of temporary dwelling booths had turned up at other Thing sites.

Using historical records, the team found a mound near the inlet of an estuary in Dingwall that was called the moothill, or assembly mound, in the 13th century. Later on, Scottish earls were buried there. In 1947, local authorities bulldozed the top of the mound and turned the area into a parking lot. (Parking lots seem to be rich sources of history in the U.K. — Richard III's skeleton was found underneath a parking lot, as was a medieval knight in Scotland.)

The team dug a small trench across the mound and used radioactive carbon isotopes, or atoms of carbon with different molecular weights, to date the charcoal found in the soil. (These radioactive isotopes decay at different rates and can be used to date soils and objects.)

The team found that some of the upper layers of the soil date to the medieval period, likely when it was called the moothill, and contain shards of pottery and fragments of an iron vessel. 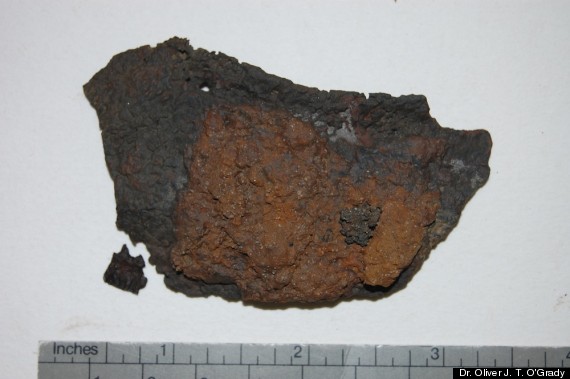 A site in Dingwall, Scotland, revealed traces of a 13th century iron vessel underneath a parking lot.

But below that, the team found the first layers that were used to construct the mound, with soil dating to around the 11th century.

By this period of history, the Vikings were no longer feared marauders sailing the seas and raiding Europe. Instead, the people who gathered at Dingwall were more likely subjects of Norse kings who ruled from the Orkney and Shetland Islands.

No one knows yet who built the site, though the sheer size of the mound suggests it was a fairly significant undertaking that required a lot of political power and resources.

No historical documents mention a Thing gathering site near the region, but Earl Thorfinn the Mighty came down from the Orkney Islands at the time and fought a battle in the general region.

"He would certainly have had a political reason to make a statement," O'Grady said.