A mysterious Russian billionaire has made an unprecedented splash in the real estate market along the French Riviera this week, buying the Villa Leopolda, Fox News reports:

A mysterious Russian billionaire has trumped his big-spending rivals and broken a world record by splashing out $750 million on one of the most sumptuous villas on the French Riviera.

The price of the Villa Leopolda, a Belle Apoque mansion on the heights of Villefrance, has amazed estate agents but fuelled local worries that the invasion of Russian money on the Cote d'Azur is getting out of hand.

Since the early 1990s, Russian oligarchs, drawn by memories of the Riviera-mad old Russian aristocracy, have been piling into seaside properties at Cap Ferrat, Cap d'Antibes, Saint-Tropez and the other great playgrounds.

TimesOnline reports that the seller of the villa had the steel nerve required to wait for the astronomical bid for Villa Leopolda:

Mrs Safra was said to have held out for months as the buyer raised his bid for the villa, between Nice and Monaco, which King Leopold II of Belgium acquired in 1902.

The previous record for a house was said to be the £57 million that Lakshmi Mittal, the steel tycoon, paid for a property in Kensington Palace Gardens in 2004. The macho spending contest by Russian oligarchs is making property agents giddy.

Jean Pierre, a high-end agent, said: "It's completely surreal and we are really uneasy. We don't dare any more to propose any price below €100 million for these clients. Anything below and they throw you out...and you should see how they do it," he told Le Parisien. The Nice Matin newspaper said: "At this price tag, we are beyond luxury and even reality." 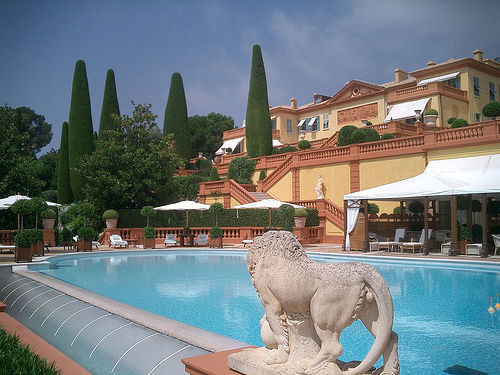 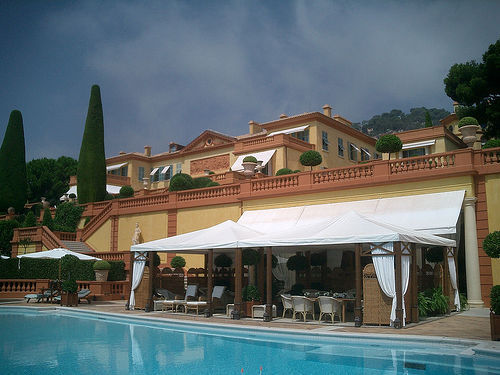