After a baby elephant fell into a well near the Indian village of Bundu last week, villagers showed up en masse to save the trapped animal.

The elephant, which became isolated from its herd, cried out from the bottom of the 12-foot well, inciting locals to gather and attempt to save the animal. Since the well was too deep to hoist the calf out, a rescue team was called the next day to save the elephant, Sky News notes.

Using construction equipment, the rescuers broke down the sides of the well and created a slopped pathway so the baby elephant could climb out on its own. The elephant was freed from the well after being stuck for 12 hours, the Times of India reports.

According to ITN News, the elephant may have strayed from the herd to scout for food and report back. However, as the Times of India notes, the calf may have also been searching for its mother, which may have been one of two female elephants recently electrocuted in the area.

Saving an elephant from a deep hole or well is no easy feat, as a rescue team in Kenya demonstrated in October. The team from Amboseli Trust for Elephants used a Land Rover and rope to pull a baby elephant out of a hole, but first officials had to shoo the mother away so they could make the save.

Deforestation and increased poaching has forced animals to enter villages in search of food or refuge, the Telegraph reports.

According to the World Wildlife Fund, the main threat to Indian elephants is habitat loss and human-elephant conflict. 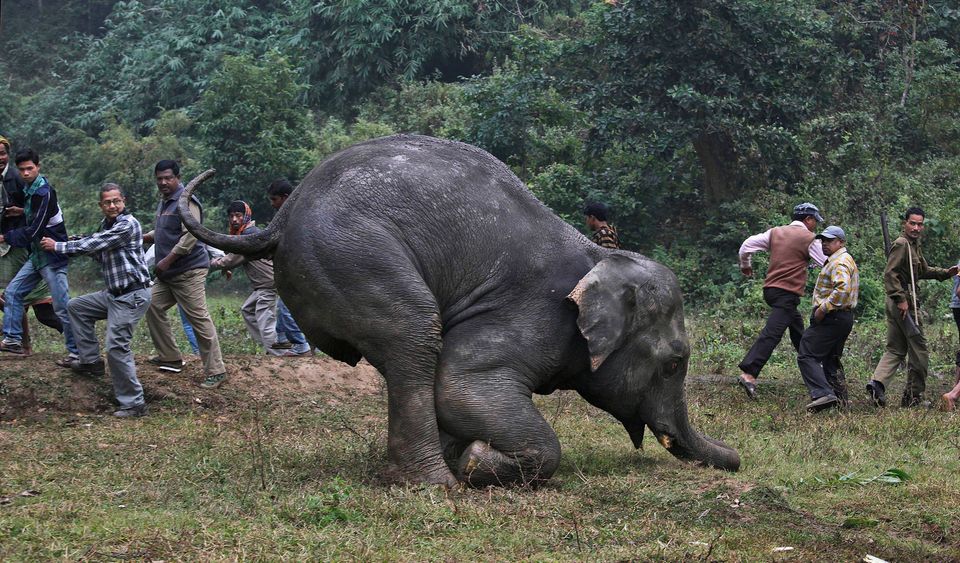