The Minnesota native earned a bachelor's degree in business administration from the University of Miami and a law degree from UCLA. In the 1960s, the ambitious young lawyer joined the Los Angeles County District Attorney's Office, where he built a reputation as a top-notch prosecutor, securing convictions in 105 of 106 felony jury trials, including 21 murder cases. 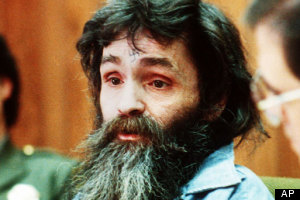 Out of all his cases, Bugliosi was best known for prosecuting Charles Manson and four other defendants in the 1969 Tate-LaBianca murders, a trial he later wrote about in the book Helter Skelter.

Actress Sharon Tate was married to director Roman Polanski and eight months pregnant on Aug. 9, 1969, when she and three others -- coffee heiress Abigail Folger, director Voytek Frykowski, celebrity hairdresser Jay Sebring -- were killed inside a house she sublet from producer/songwriter Terry Melcher. A fifth victim, Steven Parent, was killed in his car as he was leaving the grounds. Polanski was out of the country at the time of the slayings. The following night, the mutilated bodies of grocers Rosemary and Leno LaBianca were discovered bearing the same grisly crime signature.

With the help of a jailhouse tip, police linked the murders to Manson and his "family" of followers. They were arrested two months later and put on trial in 1970. The high-profile case, which involved dozens of witnesses, lasted more than nine months and cost the county a then-record $1 million. In the end, however, Bugliosi convinced the juries that Manson was a murderous cult leader who had masterminded the slayings. Manson's followers Susan Atkins, Charles “Tex” Watson, Patricia Krenwinkel and Leslie Van Houten were convicted of perpetrating the crimes. 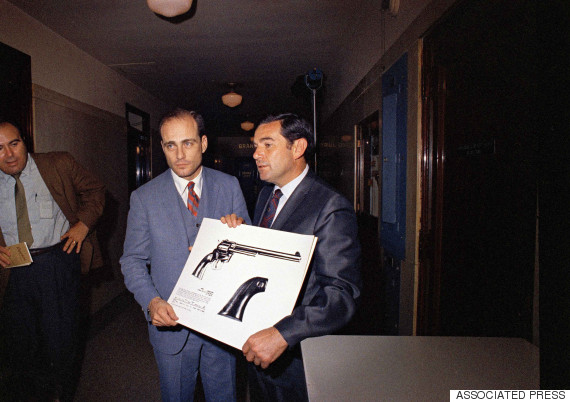 “I don’t think I’ve ever known anybody to be as hard a worker as Vince,” Stephen R. Kay, a former Los Angeles County deputy district attorney who worked with Bugliosi on the Manson trial, told The Los Angeles TImes. “He would go home after the trial every day, take a nap for an hour, get up and work until 3 or 4 a.m., sleep for a couple more hours and go back to work. And he always appeared fresh, never tired.”

Manson and his followers were originally sentenced to death for the murders, but those sentences were commuted to life in prison after the California Supreme Court abolished the death penalty in 1972, the Los Angeles Times reported. Atkins died in prison in 2009 while the others remain behind bars to this day.

"The execution of a condemned man is a terrible thing, but murder is an even more terrible thing," Bugliosi told the Los Angeles Times in 2009. "They deserved to die, these people, and I asked for the death penalty and I would do so again...I'm disappointed, of course, particularly with respect to Manson."

Although Bugliosi would spend the 1970s in private practice, writing books became his second career. Helter Skelter, which he co-wrote with Curt Gentry, was the first of his many bestsellers, all of which he penned longhand on yellow legal pads. Helter Skelter spawned two TV movies, Variety reported, as did the books And the Sea Will Tell and Till Death Us Do Part. Reclaiming History, Bugliosi's 1,600-page take on the Kennedy assassination and the book he considered his magnum opus, served as the basis for the 2013 film "Parkland."

More recently, Bugliosi caused a stir with the 2008 book The Prosecution of George W. Bush For Murder, not just because of its controversial content, but because most print and TV media outlets refused to discuss it, The New York Times reported. The book, which laid out a legal case for holding Bush “criminally responsible” for the deaths of American soldiers in Iraq, hit the bestseller list despite the blackout.

His son, Vincent Bugliosi Jr., told The Associated Press that his father simply had "an unflagging dedication to justice."

Bugliosi is survived by Gail, his wife of 59 years, his son Vincent and his daughter Wendy.

CORRECTION: A previous version of this article stated that Parent was killed inside the house and suggested he was acquainted with those in the house. Parent was an acquaintance of the house's caretaker.