Some people think Vincent Castiglia's artwork is bloody wonderful, which is probably a good description since the pieces are made from the artist's own blood.

For the past 10 years, Castliglia has been painting dramatic and graphic works designed to get the heart pumping, and he's been using his own plasma as the paint.

Castiglia first started dabbing some of his blood onto pen and ink drawings, but he soon began making portraits entirely of his own blood.

Castliglia only takes 15 small vials of blood from himself at a time. It's less than a donation to a blood bank, he noted.

"I used to be less conscious of how much blood I removed," he said. "At one point, my right lung collapsed, and I wonder if it's because I was removing too much blood."

Castiglia mixes the blood with water. It's similar to watercolor as a medium, he said, but some of the darker areas look like acrylic after they dry. The blood works can take several months to complete, and can cost as much as $26,000 each.

Castliglia admits his work is dark.

"I consider it depictions of human experiences that most people don't want to look at," he said.

Others look at his work as a gimmick, a characterization that Castliglia disputes.

"My response would be to really take a look at the content of the work, which overshadows what it’s made from, I think,” Castliglia told Oddity Central. “In order for something to be a gimmick, it really would have to lack substance.” 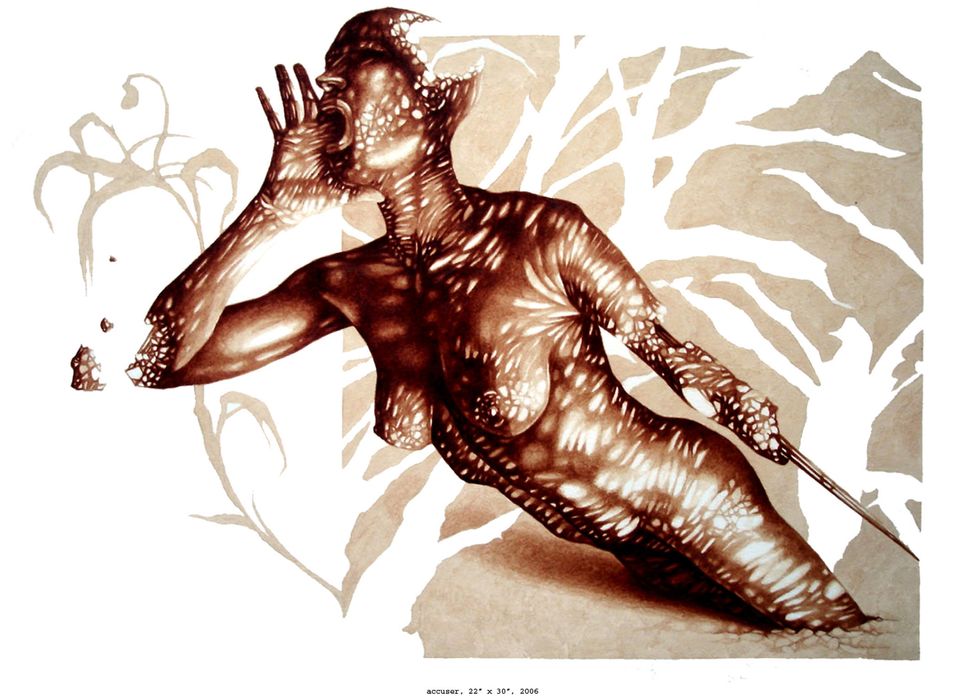 1 / 7
The Accuser
Vincent Castliglia is a New York artist who paints using his own blood as the medium.
Courtesy of Vincent Castiglia