The formula for a profitable, long-lasting business has yet to be conceived. It doesn't exist. Even the entrepreneur with the most chutzpah and proven track record will invariably reference numerous false starts, bad timing, and personal failures before finding success. Most of the world's would-be risk takers ultimately err on the side of job security and the comfort of having health benefits.

Vincent Conenna clearly knew the risks in 1968 when he left a stable executive position at Chicago's Mid-City National Bank and brazenly made the travel business a full-time endeavor.

"There were seven travel agencies down the avenue at one time," Conenna told us from the same desk he's commandeered at Venus Travel on 7418 West Belmont Ave. for nearly five decades. An Italian-born accountant who came to the U.S. at 20, Conenna, is quick with a colorful anecdote about keeping his business afloat amidst changes and cut-backs in the travel industry, as well as the emergence of the internet age which knocked many a brick-and-mortar company out of business. 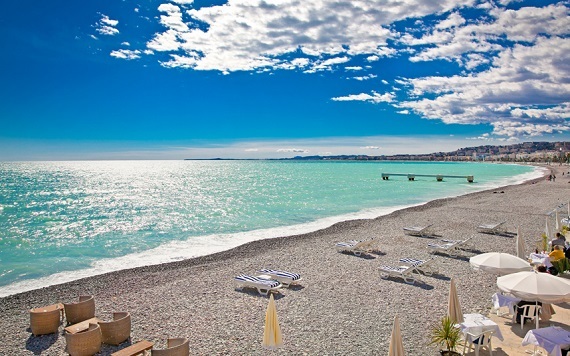 In their heyday, travel agencies thrived, servicing the world of corporate travel. Sizable commissions from the airlines not only kept agencies, like Venus, in the black but very busy. There were no e-tickets, everything was done manually; offices buzzed with activity, phones rang off the hook and stacks of paper tickets and travel vouchers stood at eye-level.

"He was a 9-9 guy, working twelve months out of the year and I really didn't see him," said John Connena who recalls his father's ubiquitous presence among the local clientele. "If there was a wedding, a wake, or any celebration he was there."

Vincenzo Conenna was born in 1927 and raised in Mola di Bari, in the southeast province of Bari. During WWII he worked in a local branch of Italy's department of revenue where he learned a life-long vocation, accounting. After the war he emigrated to the U.S. on an Italian passenger ship called The Saturnia. His father had immigrated years earlier to the states and worked for the Brach Candy Company in Chicago. Nevertheless, he was there at the port of debarkation in New York to see the son he hadn't seen since he was a toddler and immediately brought him back to the Windy City where a job at the travel bureau awaited. 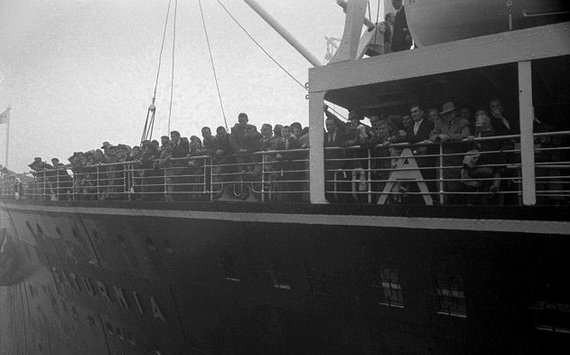 The boon of post-war travel kept the young immigrant busy. He improved his English language skills attending Wells High school at night and explored everything the city had to offer. It was an exciting time which, unfortunately, lasted only two years, when in 1950 the army drafted him.

"My basic training was in the worst camp in the United States - Fort Leonard Wood. They used to say, 'If you have a son in Korea write to him. If you have a son in Ft Leonard Wood, Missouri pray for him,'" laughed Conenna. "After my basic I was actually on the bus to go to Officer Candidate School and I heard 'Conenna, what are you doing on this bus?' You're not a citizen.' So they sent me military law school and I was attached to G-2, military intelligence."

However extreme, the army accelerated an immigrant's acculturation process and introduced Conenna to all-walks of American life.

"When I was in the army I started to love the country but it was hard. Every morning I used to receive reports from the sergeants of four companies...they would tease me and call me Mussolini. When my first officer a Colonel McPartland heard them he leaned out of a window and shouted, 'When Conenna talks I'm talking.'

Honorably discharged in 1953 Conenna traveled back to Bari and met the woman he'd marry and eventually start a family with in Chicago. Upon his return Mid-City National Bank offered Conenna a job where he remained from 1953 -1968, and worked his way up to VP of International Banking.

Travel work was always in the foreground since his nights were spent at an office where he would farm out for airline and steamship tickets, and translate Italian legal documents.

From the moment of inception Conenna was determined to make the agency known-- from the storefront's enormous sign to his 1980 Pontiac Sunbird hatchback which bore the Venus Travel logos on both side-doors.

"I could be at the stop light at Harlem and Belmont and people would shout at me, 'How much is a ticket to NY?' and I'd say 'hundred dollars.' Back then it took 15-20 days for the fare to change. Nowadays it changes every two minutes." 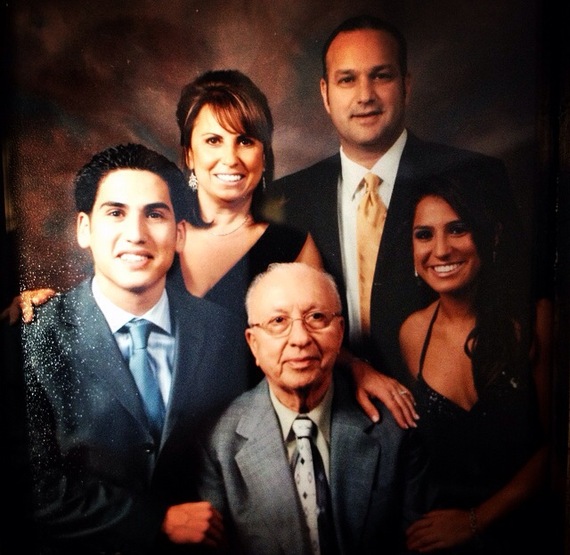 "I would come in on a Tuesday to pay the airlines and you wouldn't believe the stacks of tickets," said Conenna's daughter-in-law Connie who started working at Venus in the mid-80s. Everything was done manually and we would always hand deliver the airline tickets."

Conenna's son John, a former high-school hockey star and current hockey coach (recently awarded Conant High School's Coach of the Year in 2009) spent his summers working at Venus before graduating from Loyola University. Since 1977 both father and son piloted the business through the lucrative 80's and into the new electronic era. 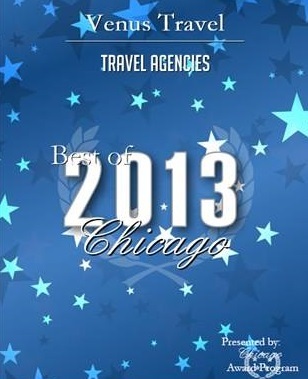 "We had to reinvent this place a couple of times," John Conenna told us. "Back in the 80s we were corporate focus and the airlines were paying us 10% commission to write a ticket it was booming... The change started when they started to book online and the airline put a cap on the commission. Now we have to charge a service fee. These days we do a lot of family oriented trips, tours, destination weddings."

At 87, Conenna might be slowing down but continues to make the daily trek from his home in Norridge to work beside his son and daughter-in-law. His grandchildren too have gotten a taste of the family business but have sought careers in different fields - Vincent is an account manager at ACCO BRANDS in Lake Zurich and head coach of the northwest chargers hockey. Julianna works at Wilson Dow advertising and is on the Chicago Blackhawks Ice Crew.

What remains a constant is the focus on the customers which Conenna Sr strongly feels his son carries on that tradition.

"I'm so proud of what he's learned and the business is in the right hands, 100%. There's no place in Chicago what John does for the clients 24hr service, 365 page service.....if a flight is cancelled at 1:00am, or the hotel room is painted brown instead of white he takes care of the clients....he follows them."