"Comic Sans looks like someone threw up on the keyboard and that's what came out," graphic designer Dave Combs told The Huffington Post.

Combs is one of the many haters of Comic Sans, a font that looks like the writing in an old-fashioned comic book, that was invented by Vincent Connare 20 years ago.

Connare knows what he did. He calls comic sans "the most hated and most loved font in the world."

A typographic engineer, Connare was working at Microsoft in 1993, when he was asked for his input on a new program's fonts. "When I loaded the CD a little dog came up. He talked in a speech balloon like you would get in a newspaper cartoon strip, but it was in the system font Times New Roman," Connarre says. "I thought, 'That's silly. Dogs don't talk like that.' So I said it would look better if it looked like a comic book."

He drew some letters on the computer, and three days later Comic Sans was born. The font was featured in Windows 95, and soon ended up on every computer in the world.

Many hate the font, but graphic designing couple Holly and Dave Combs have gone as far as to create a website in an attempt to ban it. "Comic Sans is a blight on the landscape of typography," Dave says.

"You can't go anywhere without seeing Comic Sans," Connare says. Even in the south of France, he says, the only restaurant in town is using Comic Sans on its signs and menu. He points out that even the Vatican has used it in an official photo album.

Even though the font makes the Combses angry, if it weren't for their mutual hatred of it, they probably wouldn't have gotten together, and for that, Connare says he is quite proud.

Vincent Connare, Inventor Of 'The Most Hated Font,' Defends Himself
10 Free PC Apps Every PC Owner Should Download 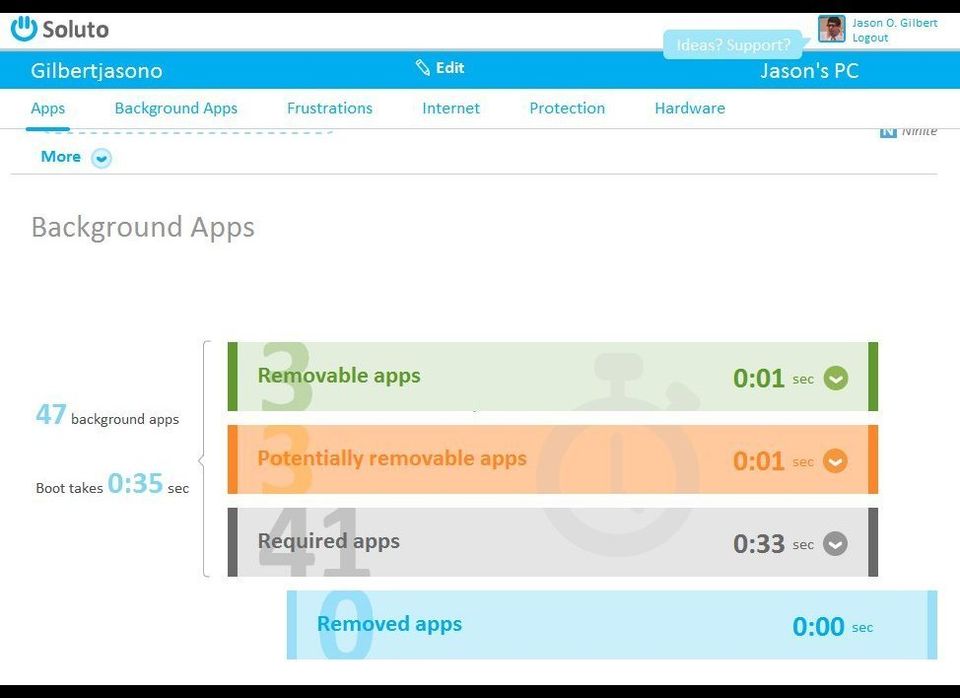 1 / 10
Soluto
If your PC takes forever and a day to start up and get going, then Soluto is for you. Soluto runs during startup and identifies the programs that are taking the longest to open; it then gives you the option to prevent those programs from opening when you boot your computer in the future. If you're unsure whether you need to be running a program on startup, Soluto also shows you, in a handy pie chart, what percentage of other Soluto users choose to disable that program from starting. Crowd-sourced computer wisdom! That's my favorite use of Soluto, but there are several more on the Soluto.com dashboard. You can view your hard drive usage, change your default browser and homepage, manage applications on other computers, if family members need computer help (Hi, Mom!); and check for Windows and anti-virus updates. In short, Soluto is a Swiss army knife you'll want in your pack. <a href="https://www.soluto.com/" target="_hplink">You can download it for free here</a>.
HuffPost