WASHINGTON -- District of Columbia Mayor Vincent Gray (D) spoke about allegations that a "shadow campaign" helped his 2010 mayoral bid on Wednesday. But Gray, who remains under federal investation, didn't say too much to reporters during a press conference meant to show off a new green alleyways initiative.

"This is not the campaign that we intended to run," the mayor said according to The Washington Post, which reported that the mayor urged the public to separate the problems with his campaign with the accomplishments of his administration.

“I have said to many, many people that I got into this for the right reasons,” Gray said. “I got out there to be involved in this because I loved the District of Columbia. . . . I know who I am. I get up every morning and look in the mirror and I see someone I respect.”

Of course, the biggest question that hangs over the continuing investigation of Gray's campaign by U.S. Attorney for the District of Columbia Ron Machen is whether Gray was aware of the off-the-books tactics being waged on his behalf. Gray said he was under the assumption that his campaign's reported contributions—about $2 million for a run that officially began in late April 2010—was enough.

"I actually thought we had raised a lot of money, to tell you the truth," he said. As for the source of donations, Gray added that it would have been impractical for him, or any other candidate for office, to personally inspect each contribution. "I don't think any candidate can say, 'I'm going to sit down and review every check.' "

Gray's future has been the subject of much speculation during the course of the federal investigation. Although Gray has said he has no plans to leave office early -- something he reiterated to reporters on Wednesday -- the mayor has continued to face rumors that he's preparing to step aside.

DC Council member David Catania says Mayor Gray should resign. "The legitimacy of the election was called into question." he tells NBC4.

"Whether Gray knew [about shadow campaign] or not, it doesn't matter. He should not be beneficiary of that illegality." David Catania

Councilmember Mary Cheh (D-Ward 3), in an interview with WTTG-TV/Fox5, also called on the mayor to resign on Wednesday afternoon.

If Gray does resign or otherwise leaves office, he'd be the third elected local official to do so this year.

This piece has been updated to reflect new comments from D.C. Councilmembers David Catania and Mary Cheh. 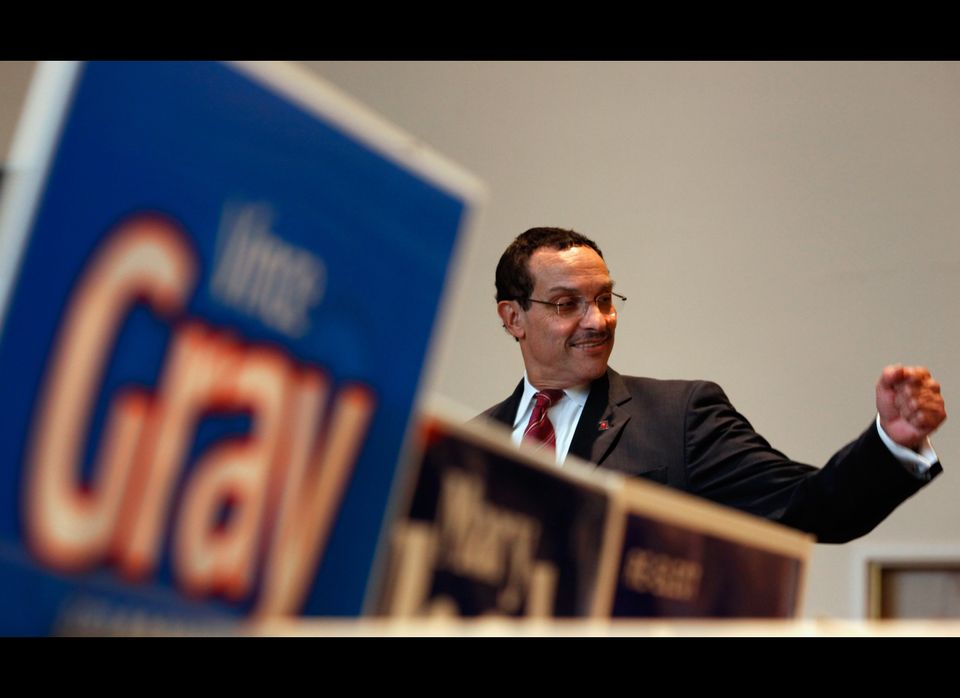 1 / 19
Presumptive mayor-elect Vince Gray rallys fellow Democrats during a 'get out the vote' campaign event at the First Trinity Lutheran Church Oct. 14, 2010, in Washington, D.C.
Getty