Selfies are perhaps the worst thing about social networks. They take media like Facebook or Instagram, which work their best when people share things about the world around them, and turn them inward. While each individual user might find each one of their own images fascinating, it's rare that others do. A social network of narcissists is a really boring one. Add audio and moving images, and it's a horror show.

On Tuesday, Vine made a small update, though still its most significant one since its launch in January. In addition to letting users tag friends with the @ symbol, like on Twitter, Vine's now lets you use the iPhone's front-facing camera to take 6-second movies. Before, only the rear-facing iPhone camera could be used to Vine.

Before, one had to hold a phone backward and take the Vine blind in order to record a selfie. Now, it can be done without that awkwardness. Witness as evidence the flood of obnoxious selfie Vines that were posted on Tuesday, epitomized best by none other than Twitter co-founder Jack Dorsey. 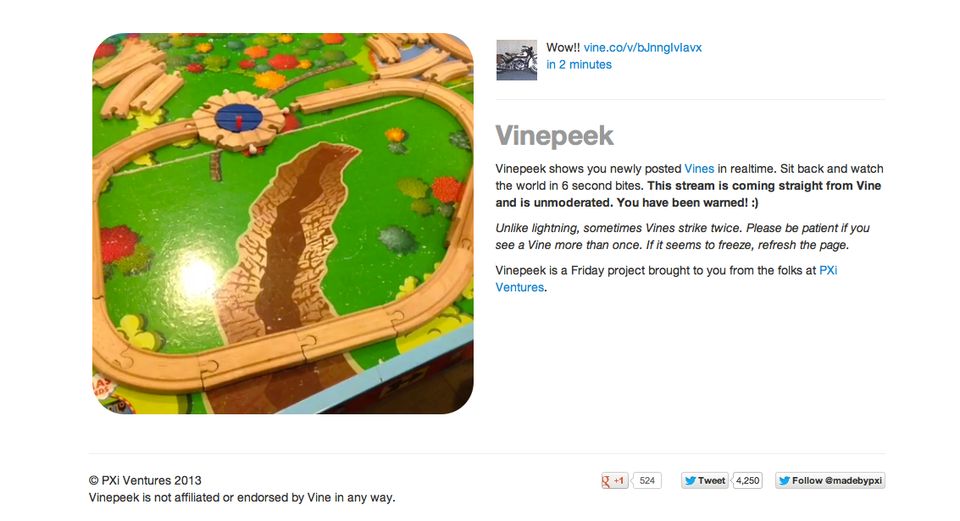