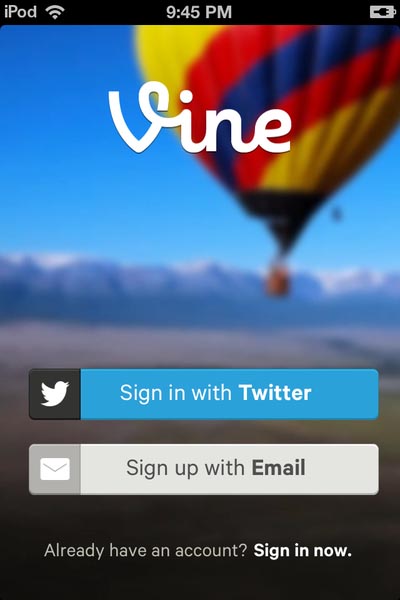 By now you may have heard about Vine, Twitter's new and powerful smartphone app that allows users to make 6 second videos. Vine has been touted as the latest "threat" to the more interactive Facebook and the image-centric Instagram.

I have to laugh. Anyone who knows anything about Mark Zuckerberg knows he and his people are not about to let one new app take them down.

Almost immediately after the launch of Vine, Facebook blocked access to its API, preventing Vine users from locating friends via accessing Facebook contacts. You can't blame Facebook. It was kind of cheeky of Vine to assume they could parlay their success on the backs of one of social media's giants.

The notion that Vine is a serious threat to Facebook is strange from where I sit. Facebook is everything Vine isn't -- communicative, conversational, and if you use it wisely, nurturing. Vine is all about moving images, and very short, looped ones at that. How well-nurtured can I be watching this? Or this? Or this?

Some say Vine is going to be huge. Maybe. After all, according to numerous sources, the Rubick's Cube sold 350 million worldwide as of January 2009, giving it the dubious distinction of being the world's top-selling puzzle game. And that's what I think Vine is -- a game, or rather, a toy.

I borrowed a friend's phone for a few days to try it out. It's a cool app and one that's convenient for sharing snippets easily. People like things that are easy. I do, too. But I also like things that have multiple functions. Vine doesn't. In fact, there are lots of issues with Vine.

Issues With Vine
First, you can't edit footage. There's no filters, no record button, no play button. You touch to shoot a video and scroll to play it.

Second, you can't upload a video from a camera or even add external audio -- whatever ambient sound you happen to get is what you're stuck with.

Vine also lacks basic features such as a good linking method, the ability to block trolls or to edit titles, tags or comments once the video is posted. Plus you can't go back later to export these videos to Twitter or Facebook, something I hear they're working on. But why didn't they work things like that out before they launched the app?

Recently, Michael Sippey, Twitter's VP of product, said "You reach a point where you want to see how the world's going to use it." Really?! Surely by now we already know how people use social media. The whole app smacks of the sort of quick fix mentality that I dislike. Easy app = easy, fast money.

Making the Most of Vine
Nevertheless, many are using it in different ways. Senior marketers appear to love it. While many marketing executives struggle in their professional lives to figure out how to make the most of mobile -- according to LeadTail, they appear to have no problem figuring out where mobile fits in their own daily lives.

For example, 10 percent of marketers in our sample posted at least one video from Vine, Twitter's 6-second video app, making Vine more popular with senior marketers than media darlings Pinterest, Spotify, and Tumblr (for the moment...).

LeadTail's recent survey during the first quarter of 2013 found Vine high on the list of Most Shared Content Sources:

Being owned by Twitter obviously can't hurt. And to be fair, within a few of months, Vine became the most used video-sharing application in the market. According to The Verge, on April 9, 2013, Vine became the number one most downloaded free app within the iOS App Store.

The app was also used on February 1, 2013 when a Turkish journalist documented the aftermath of a suicide bombing outside the U.S. embassy in Turkey. For him, the 6 seconds of video caught the important parts.

Vine is basically Instagram for Video. That's fine and I get it. And there is something artsy about the amateurish feel to it. Good videos do have the potential to go viral, especially when it seems people are more inclined to take the quick fix when it comes to infotainment.

But as with most quick fix apps, Vine seems to appeal to the "don't want to miss out on a new toy" crowd. And that artificial aspect of it puts me off.

A fun toy to play with? Maybe for some. A threat to Facebook? Hardly.

Maybe when Vine is wearing long trousers I'll take it more seriously. For now at least, my social media world can live without it.