Here at HuffPost Taste, we're all vinegar lovers -- each one of us has a favorite one we use most often, and at least one of us has professed to be a vinegar collector. If you think that you're not a vinegar-lover too, take a look in your fridge: that bottled salad dressing (even the crappy kind) wouldn't be tasty without the tang of a vinegar, those pickles wouldn't be pickled without it, and your sacred ketchup and mustard both use vinegar as a base. Now look into your pantry. If you don't have at least one bottle of vinegar, you probably never cook at all, do you?

Vinegar isn't only essential, it's also extremely versatile. You can make a classic vinaigrette from oil and vinegar, splash it sparingly in soups and dishes to add acidity, or make a marinade for poultry or meat. Vinegar belongs in your kitchen. Once you've accepted and embraced this fact, it's time to arm yourself with at least a few kinds. There's a very big difference between balsamic vinegar and rice vinegar, and you should probably have both at the ready. (In fact, balsamic vinegar isn't like any other vinegar at all, but we'll get to that.) To help you out, we've created a handy guide to some of the most common kinds of vinegar.

So, what is vinegar? It's basically a sour liquid (between a pH of 2 and 3.5) that's made from the fermentation of ethanol (alcohol) -- typically wine, beer or cider. Throughout history, humans have made vinegar, whether by accident or purposefully, and have used it in food as well as for health remedies. Legend has it that centuries ago people discovered vinegar by accident after a cask of wine turned sour from being stored too long, and most likely from getting exposed to oxygen from improper storage. In fact, the word vinegar is derived from the old French vin aigre, which means sour wine. Not all vinegars start out as wine made from grapes, however. There is also rice vinegar (made from rice, duh), malt vinegar (made from barley) and cider vinegar (made from apples). Each type of vinegar has a very different, and useful purpose.

Here's everything you need to know about some of the most common cooking vinegars: 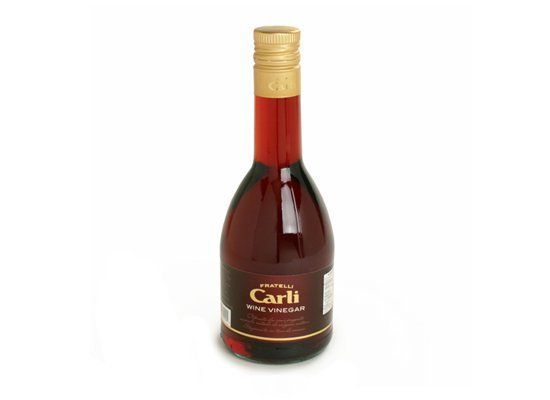 Red wine vinegar, as the name suggests, is made from red wine that is allowed to ferment. It's one of the more popular vinegars with its sharp taste, making it great for vinaigrettes and salad dressings. It's also great for meat marinades.
2
Balsamic Vinegar 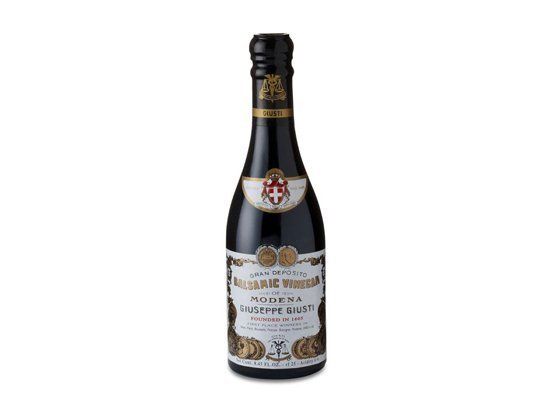 Balsamic vinegar, a dark brown vinegar, is traditionally made in Italy from unfiltered, unfermented grape juice. Unlike all other vinegar, it is not made from fermented alcohol. It's made from pressed grapes and is aged like wine. It can run the gamut from cheap to very expensive depending on the age -- the older the vinegar, the sweeter and more syrupy . Beware: a lot of cheap balsamic vinegar isn't even balsamic at all, and is just an imitation, made by adding color to white wine. Use balsamic as a condiment for drizzling on savory recipes and desserts.
3
Distilled White Vinegar 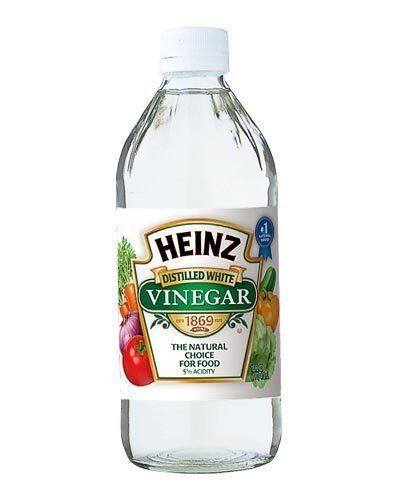 Amazon
Distilled or white vinegar is the most commonly used in commercial production for making pickles, ketchup and bottled salad dressings, among other products. The vinegar is made from distilled alcohol that is fermented. White vinegar is very strong and besides for cooking, it can be used for cleaning.
4
Apple Cider Vinegar 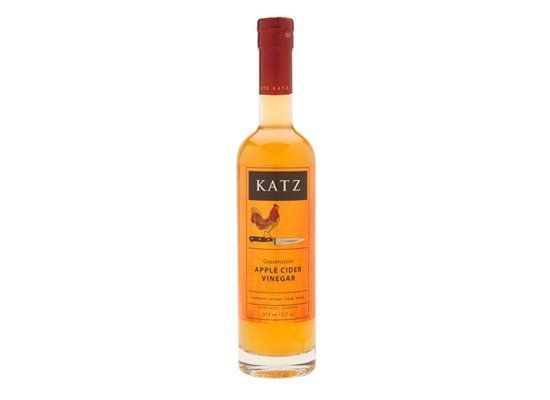 Apple cider vinegar is made from pressed apples that are allowed to ferment to become alcohol and then vinegar. It has a mellow flavor that's great in recipes. Unfiltered apple cider vinegar is known to have many medicinal properties, like eliminating GI distress.
5
White Wine Vinegar 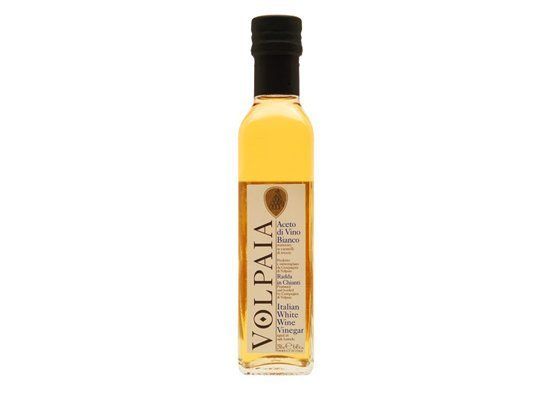 White wine vinegar, made from white wine, is more mellow than red wine vinegar and can be used interchangeably in recipes, depending on the flavor you desire. It's preferred for recipes where you don't want to change the color.
6
Champagne Vinegar 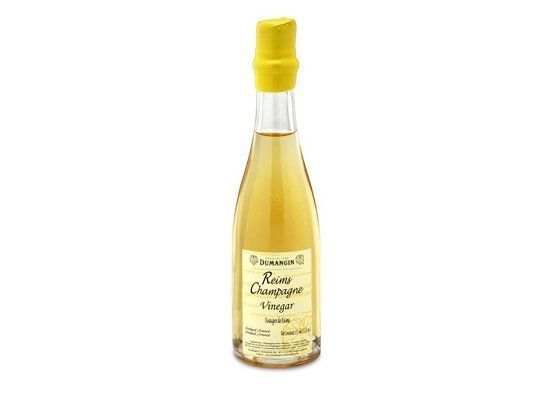 Champagne vinegar, made from Champagne, has a lighter, fresher taste than other wine vinegars. It's best for vinaigrettes and salad dressings, more so than cooking.
7
Sherry Vinegar 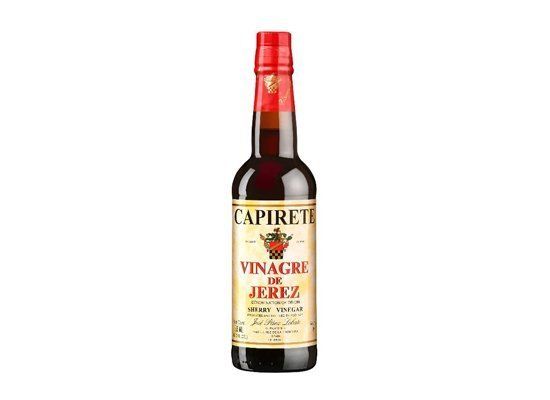 Sherry vinegar is made from sherry (a fortified wine) in Spain. It's aged for at least six months in oak barrels before being bottled. Sherry vinegar has one of the most complex flavors of all the wine vinegars. It works well for a vinaigrette as well as for cooking.
8
Rice Vinegar 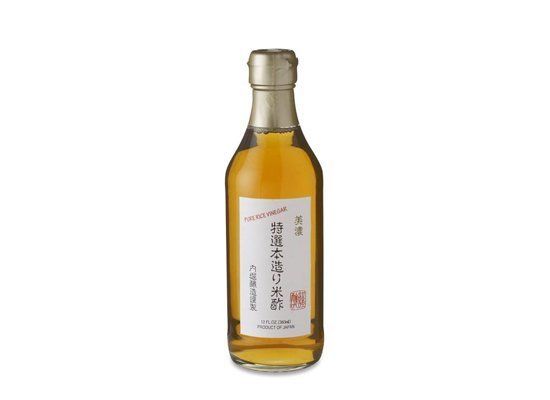 Rice vinegar is most commonly produced in China and Japan from rice wine that's allowed to ferment. It has a sweeter taste than wine vinegars and is less harsh than distilled vinegar. Use it in Asian salad dressings and stir-frys.
9
Malt Vinegar 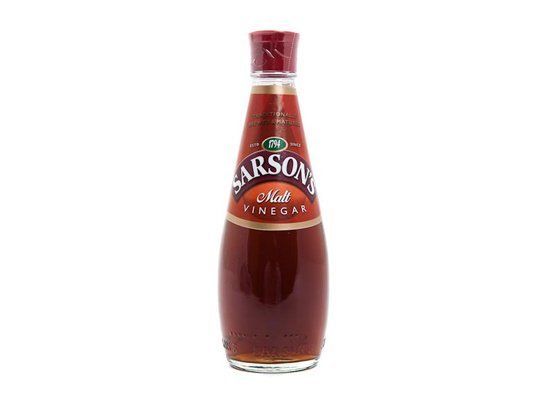 Malt vinegar is a light brown vinegar made from barley that is brewed into beer and then allowed to ferment and age briefly. It has a mellow flavor. It's popular in England, where it's used as a condiment for fish and chips. 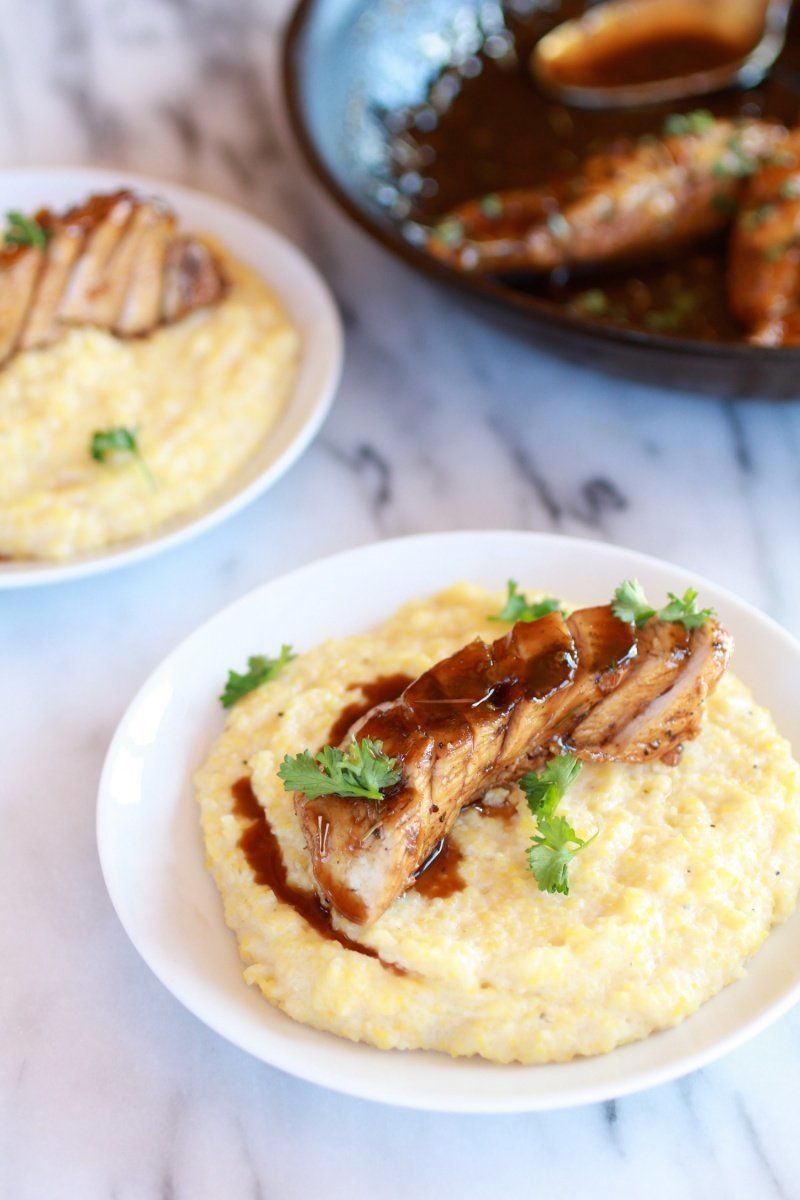