There is one day in February that excites women across the country...Valentine's Day. A day she hopes to be showered with flowers, chocolates and a great dinner with the love of her life. 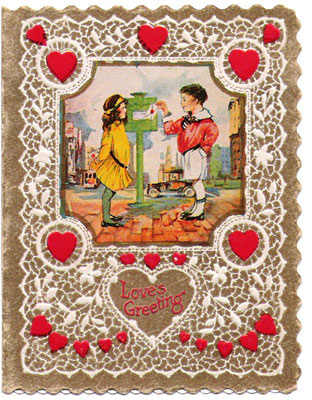 The Catholic Church recognizes three saints named Valentine or Valentinus whom were martyred.
One story claims Valentine was a priest living in Rome during the 3rd Century. During this time, marriage became outlawed because soldiers were thought to be stronger if they were without a family. Valentine did not agree with this law, and continued to marry couples against the wishes of Emperor Claudius II. Once Claudius learned of this betrayal, Valentine was jailed. 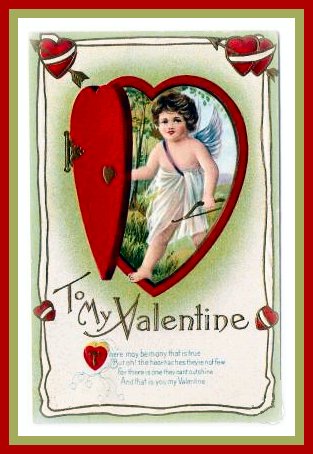 According to one legend, Valentine sent the first "Valentine" greeting. He was in prison and fell in love with a young girl who visited him while there. It is said he sent her a letter and signed it "From your Valentine" - an expression we still use today.

American's began exchanging handmade cards as early as the 1700s. The first mass produced cards were designed by Esther A. Howland in 1840. They did not look like the cards we are familiar with today. Howland, often referred to as The Mother of Valentine's Day, added ribbon and lace to her line of cards. They also offered images of turtle doves, cupids, hearts and lover's knots in gold and silver. She placed an ad for her cards in The Daily Spy, and quickly realized the demand for her cards was more than she could handle on her own. She hired friends to assist her and was quickly making $100,000 a year. Some of Howland's cards sold for up to $50.00 ea. That price today is equivalent to $1,200.00. The oldest Valentine's greeting by Howland is on display at the British Museum.

The Victorian Era prompted the mailing of Valentine's Day cards. Before this time, they were hand delivered as the cost of postage was very high. In the late 1890s we saw the postal service implement the "penny post" which made sending cards a lot more affordable. It was very popular at this time to exchange cards and also to display your card collection.

It is estimated that over one billion Valentine's Day cards are purchased each year. Valentine's Day is the second most popular holiday for card giving (behind Christmas of course). Try being a little adventurous this year. Instead of heading over to your favorite card shop for a little poetic delight, why not hit your local antique shop, pick out a beautiful postcard from the turn of the century, and then take it to be mounted and framed. Something she will certainly cherish for years to come!