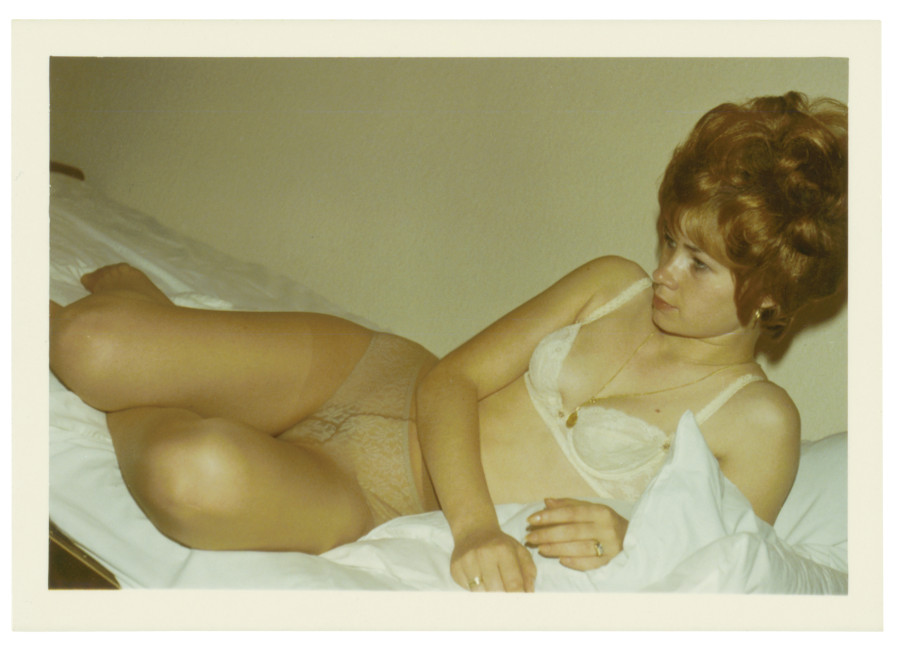 Warning: This post includes nude imagery that is not safe for work. Proceed with caution.

The year was 1969. Cologne, Germany-based businessman Günter K., 39 years old, began a covert relationship with his red-headed secretary Margret S., who was 24. Both were married.

For 19 months the couple engaged in a private affair, sneaking off to "business trips," staying in spas, casinos and other hotels. Their secret love story was archived obsessively by both parties, with records ranging from fingernail clippings to snippets of pubic hair to written memories to photographs.

The remnants of this brief liaison were discovered 30 years later in a briefcase abandoned in a German apartment. Hundreds of photos, both black-and-white and in color, captured the beautifully mundane moments of life with Margret -- whether smoking a cigarette in bed, applying makeup, or working at her typewriter. These intimate snapshots, and the multimedia fragments surrounding them, are the subject of an exhibition titled "Margret: Chronicle of an Affair –- May 1969 to December 1970." 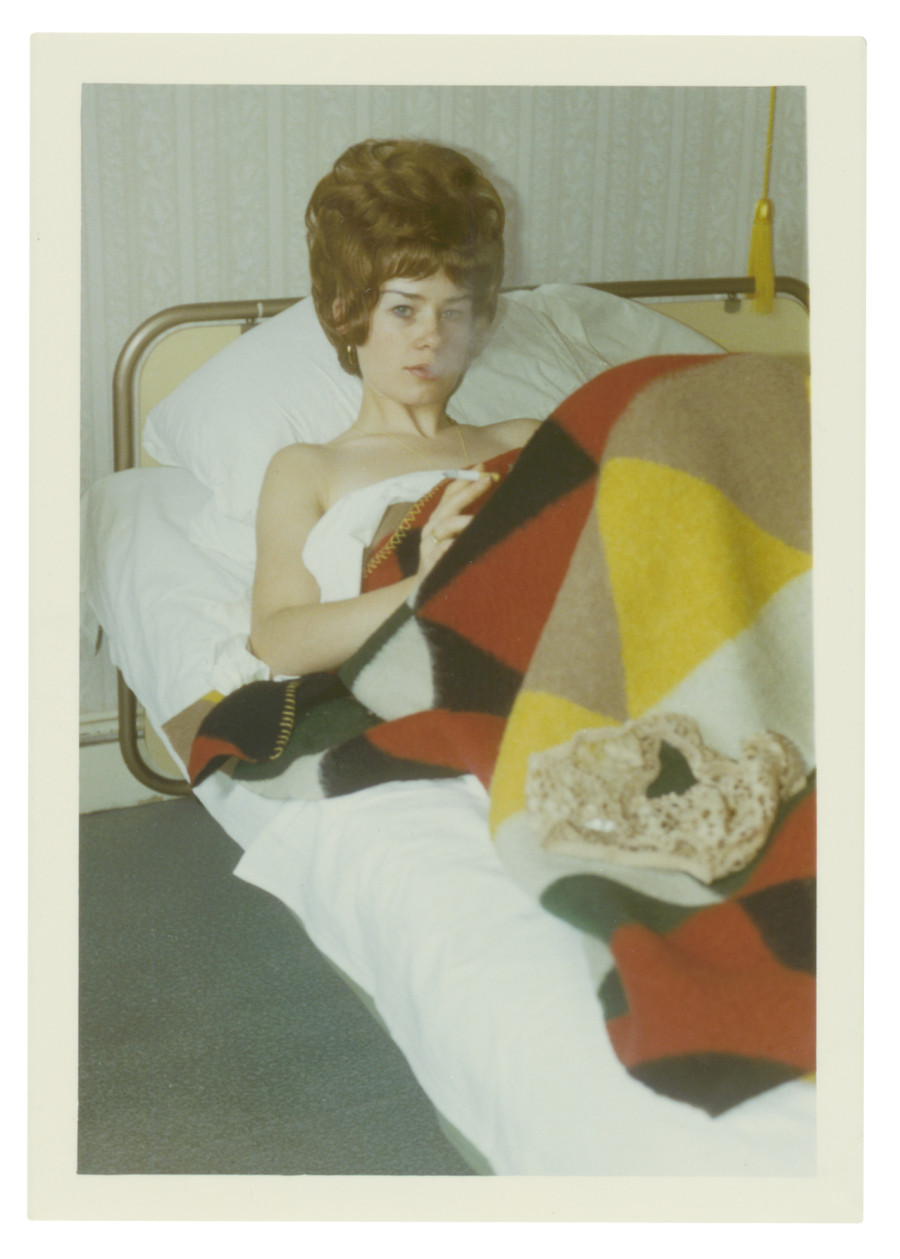 The exhibition documents the fabric of an affair, sparing no detail on matters sexual, logistical, emotional and banal. In their written records, both Günter and Margaret recall what they ate, drank, and wore as well as what sex positions they engaged in, creating a lurid snapshot that reveals our constant desire to narrativize and fantasize the details of our own life. The participants reveal themselves as willing voyeurs, as, of course, do the viewers, desperate to learn the secrets of these strangers' succinct love.

The show also features written excerpts from their time together, such as this journal entry from Günter below:

"Sunday Oct 11, 1970. Very warm, windless summer weather 12:30 at Zini’s, went to eat at Schallenberg, Holweide, thereafter couple of pictures, yellow sweater, green little suede skirt with green suede jacket. Afterwards drove to Hardeful St. parked car and took a photograph at the doorway in Hardefuß St. Then to our place (on the stairs Renate saw us, together with Barbarbara) we went into the office. Then on upstairs. Drank coke, listened to records, and then into bed at 3pm. Position on back and special position, very fast climax again, however she went on until I couldn’t anymore. Then fingered clit until ejaculation. Thereupon several pictures in the room, after the intercourse. (Before, several pictures were taken at the bar table too) After photographs in the room, photographs at the bar table, putting on nail polish etc. Then drove to Cafe Kranzler and Zini home" 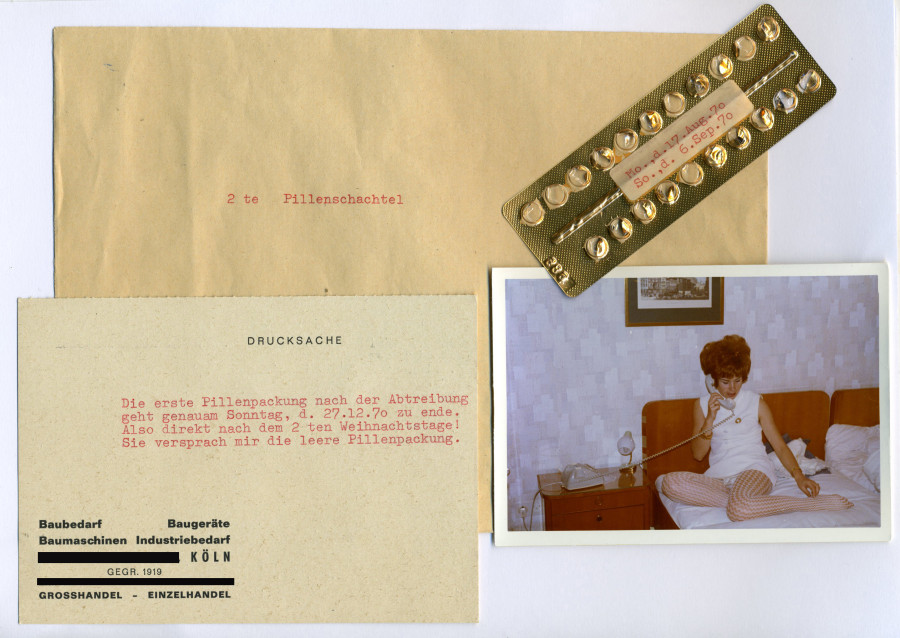 Around Christmas time in 1970, the written and photographed documents fade away and the relationship appears to come to an end. Margret tells Günter "after Christmas the fucking will be over and you will not dance at two weddings anymore." It feels strange to be privy to such an intensely personal moment between these two individuals, and not much else. In a way, the lovers could be anyone, and our eagerness to pore over their archives only reveals our culpability in the thrill of voyeurism, secrets and, of course, sex.