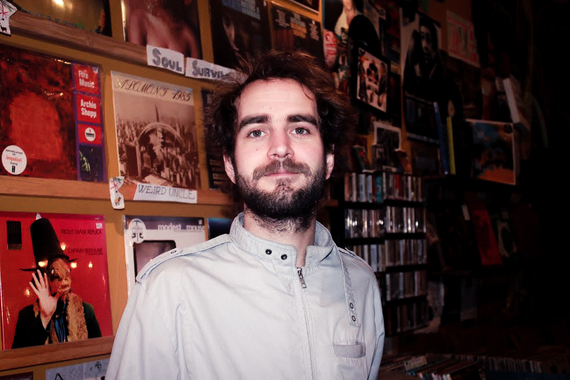 In an age where Spotify is as omnipresent as Taylor Swift circa 2015 and streaming platforms such as Apple Music and Tidal are left scrambling in its wake, vinyl has made a resurgence, steadily gaining popularity over the past several years. According to a 2015 report by Nielsen, vinyl album sales have grown by 260 percent since 2009.

Vinyl possesses a timeless appeal, Williams said. "There is a tactile quality to vinyl records...They are large, you can hold them and they look nice," he said. "In this day and age where everything has gone digital, people are kind of pushing back against that a little bit...It [a record] seems so much more real."

Justin Pomerleau, owner of Oliver Best Vintage Market, Vivant Vintage and The Traveling Spectacular, said that vinyl fosters a connection between the listener and music that is difficult to achieve with digital.

"For every push forward in technology there's a counterweight. Because music has become less tactile, people want a way to be more connected to their music."

While vinyl attracts customers with a wide range of backgrounds, one segment it is gaining traction with is millennials.

"Some of these kids maybe didn't even grow up with CDs. Maybe they grew up with just music from the internet. However they grew up, it wasn't with records unless it was their parents' and you know, nostalgia is a powerful thing I suppose," Williams said.

Nostalgia plays a significant role in triggering millennials' interest in vinyl, but the fact that new albums are being released on vinyl may also be a factor.

"The fact that so many artists choose to release their new music on vinyl just shows that beyond nostalgia, it's a valid format and there are certain albums you can only get on vinyl that come out, new albums," Williams said. "So I guess the appeal to millennials is the nostalgia mixed with the fact that it is a cool format that people value."

Some people speculate that vinyl is in a bubble - expansion followed by contraction. What are the implications of vinyl's booming popularity? One problem vinyl faces is the shortage of pressing plants paired with the surging demand for vinyl records. Reports estimate 20 pressing plants in the United States.

"I think at the moment there's a lot of demand but there's only so much production capability. Up until recently there had not been a new pressing plant manufactured," Williams said. 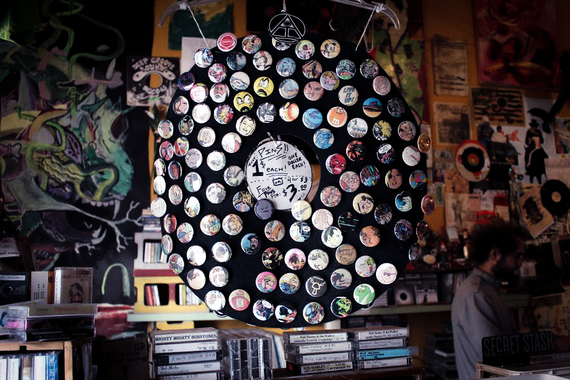 "You can get a nice quality record made for about $4. U.S. records being sold in the U.S. are going well above $20 makes me feel that something is a little wrong with the way it's all being worked out," Williams said. "I'm hoping that if there's more production, the cost can go down. That's a challenge for everybody, not to get too greedy and if they want to see this thing actually continue to grow, to just keep the prices affordable."

"I hate to be saying, 'All you artists and labels, get used to making less money.' But that's sort of the way it is once the internet came in...It's a tough thing but the market does bear it," Williams said. "Most of these new records I sell are $15 and more."

Cities well-known for record stores include Portland, New York and Austin. However, in Boston, efforts are being made to form a better community for vinyl fans. On February 27, Pomerleau is hosting his second Vinyl Fest, a record collector show at POP Allston featuring an assortment of vendors.

"Although there has been a rise in cult popularity of records as a mode of listening in the digital age, Boston is home to far too few record-collecting events," Pomerleau said. "I felt I could spin the classic concept of a record show and infuse it with a vintage rock and roll vibe."

Despite the economic challenges vinyl faces, Pomerleau said he believes in its future.

"I don't think vinyl is going anywhere. Some tactile forms of music have to survive. Vinyl has been established as the way one collects music and there will always be collectors," Pomerleau said. "Music isn't going anywhere, so vinyl isn't either."